What is really behind the Iran Sanctions Case?

It all began in April 2013 with a letter written by an effective group of members in the US House of Representatives to former US Secretary of State John Kerry and the US Secretary of Treasury Jack Lew. The letter stated that Turkey had violated sanctions the US had imposed on Iran. 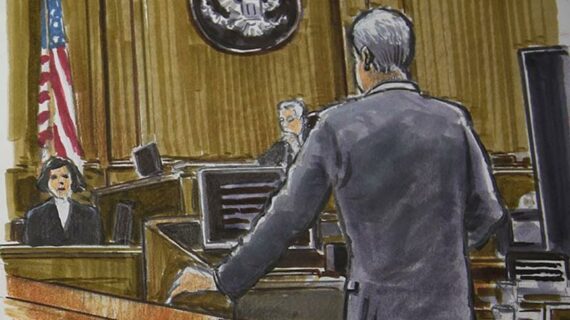 It all began in April 2013 with a letter written by an effective group of members in the US House of Representatives to former US Secretary of State John Kerry and the US Secretary of Treasury Jack Lew. The letter, which mostly bared the signatures of the opposing republicans, stated that Turkey had violated sanctions the US had imposed on Iran. Approximately seven months later, when police officers linked to the Fetullah Terrorist Organization (FETO) initiated a “judicial coup” attempt on December 17 to overthrow the Turkish government, there was a US management that followed the case closely behind the scenes. The authorities from the US, who wanted to be kept anonymous at the time, stated that they had warned Turkey about the Iranian businessman Reza Zarrab. One of them had stated the following during an exclusive interview to a well-known newspaper:

“If cargo planes are carrying tons of gold, this cannot go unnoticed by customs officials or the state. We had clear evidence that the embargo imposed on Iran was infiltrated through this trade. We had informed both Halkbank and the Financial Crimes Investigation Board.”

This was how the operation that resulted in the request for a warrant issue to the former minister of economy Zafer Caglayan in the US started. This operation was not only used to interfere with the internal affairs of Turkey, but also as a means to defame Turkey internationally. So how did we come to this stage and what do these accusations in the case against the Turkish people by the US mean? To answer these questions, we have to go back a bit. According to the December 17 summary, the police probe based on “corruption” led by Gulenist criminal cult members at the time, started in 2012. Currently, it is not possible to determine whether FETO informed the US on the Zarrab case, or whether the US warned the police, who constantly gave briefings at the Ankara Embassy. But what we do know for sure is that the US was aware and very uncomfortable that Turkey paid Iran for the natural gas trade in gold.

While the sanctions imposed on Iran are merely a product of the US legal system, US hegemony in international finance allows the country to bring others under its own judicial judgements. The main reason for this notion is the authority the US Congress has granted the US president and its judiciary for the last 30 years. On December 11, 2011, the US congress allowed the government to apply sanctions to any persons, banks, or organizations that have a financial relation with Iran for natural gas and petroleum with the clauses in the Budget Control Act. Other laws and presidential decrees implemented in 2012 and 2013 increased these authorities. As a result, a list of all the banks, companies and organizations in Iran were published in order to ban trade relations with the country. It is important to note that this ban has no basis in international law and has not been approved by the UN Security Council.

A new accusation against Caglayan

Zafer Caglayan’s name was first added to the Reza Zarrab case, which has been continuing since last March, on September 6. Caglayan’s statement regarding continuing trade with Iran was also included in the abovementioned letter written by the US Congress. This means that Zafer Caglayan had been in the radar for some time. This year in March, the deputy general manager of Halkbank Mehmet Hakan Atilla was arrested in the airport while leaving the US, which he had visited on many occasions in the past.

Firstly, it is important to emphasize that the Reza Zarrab case is based on the violation of a law enforced by the US to the rest of the world. The issue here is not corruption, in fact the US does not take that issue into account. The prevailing opinion of those that are following the case in the US is that the US government was aware of Halkbank’s defiance of the sanctions and have been monitoring them ever since. It is possible that FETO members have provided the FBI and former Southern District of New York Prosecutor Preet Bharara with all the documents and information after December 17, 2013. What we understand from the aftermath of the judicial process of the Zarrab accusation, which was confirmed by the Grand Jury in December 2011, is that the December 17 case is one of the essential elements in Bharara’s investigation. In fact, Bharara presented the recordings and statements in this document as corroborating evidence to the court during the trials. It was his former boss and Democrat Senator Chuck Schumer who referred Bhrara for this position. Schumer, is known for receiving millions of dollars from FETO-linked institutions and persons. He is also a popular figure in FETO’s umbrella organization in Washington, the Turkish American Association. Currently Schumer has taken over one of the most important political positions by being the leader of the Democrats in the Senate.

If we are to analyze from this framework, then we have to point out Richard Berman, who is the judge looking at the case. Berman had criticized the discontinuation of the December 17 operation whilst participating in an international conference organized by FETO-linked law firm Yuksel-Karkin-Kucuk. During the symposium he gave an interview to the FETO-linked media agency Cihan News agency and blamed the current President Recep Tayyip Erdogan, who was prime minister at the time, for not respecting the constitution. He also stated that the Turkish government’s intervention was “changing the rules of a game while it is being played.”  This judge who has been making partial accusations since 2014, has been looking at the Zarrab and Caglayan case from the beginning. We have yet to understand why a recusal has not been made to the judge who stated that Zarrab’s defense group went to Istanbul in the first session.

What does the prosecution office say?

Zarrab’s team has constantly been emphasizing that this trade relation has nothing to do with the US. Zarrab is not a US citizen and the money transfers have not been taking place in the US. Thus, the argument that this has nothing to do with US is put forward. The FBI and prosecution office, which have both investigated claims in the December 17 case in their own means, refuse these claims put forth by the defendant. The prosecution office, which has been stating that they have several evidence of money transfers, have finally included some of them in the new accusation that includes Caglayan. According to the prosecution office, Zarrab and his team use the money they gain from the gold export in the US financial system to make payments to the state of Iran. The prosecution also alleges that acquisitions for basic Iranian needs, which are not part of the US sanctions, are used to cover up the actual money transfers, suggesting that money was transferred to Iran by providing access to the international financial system through fraudulent documents.

The main problem here is that Zarrab used the US banks as informants during these transfers and most of these transfers were intervened because of suspicion. Hence, the Turkish-Iranian businessman is not only accused of going against the sanctions by continuing his trade deals with Iran despite the warnings, but also money laundering and deceiving the US banking system. The accusation states that these took place within the knowledge of “high-ranking Turkish officials” and Zafer Caglayan. Therefore, the trade between the Republic of Turkey and Iran is considered a crime.

Of course, in this accusation Zarrab is only a means and is part of the many other financial transactions that do not have anything to do with trade between Turkey and Iran. This is why the prosecution office refuse the argument made by Zarrab and his lawyers that this is “not the US’s business,” since they believe that they have evidence proving that Zarrab and his team used the US financial system and banks in order to make business transactions with Iran with dollars. What is more, they also claim that the complex financial movements that took place during these transactions were methods to deceive the US banking system.

Despite Turkey’s objections the case will continue in the US. It is not surprising to see that Zarrab has changed his statements in November when the jury trials start. This is normal since there is the possibility that Zarrab and other detainees could be sentenced to prison for a long period of time and thus, would try to negotiate with the prosecutors. Sources state that the prosecution office had previously sent an arrest warrant to the EU for more than 150 people. Although, the exact number is uncertain, most of them are the same names that FETO placed in the December 17 files.

It is unlikely that Turkey will manage to terminate this case, which they consider as interference to their sovereignty, by pressuring the Trump management since they are already struggling with their own affairs including the Department of Justice investigation and the harsh media criticism that limit their area of work. It is almost impossible for Trump to interfere with an ongoing case. However, he does have the authority to forgive those who have been charged once the case ends. Another way out can be through mutual agreement. But this is also unlikely given the state of relationship between the two countries. 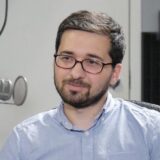 Soylu is a Turkish journalist currently working as Middle East Eye’s Turkey correspondent based in Ankara. Previously he was a correspondent for Turkish media outlets Daily Sabah and ATV from both Washington DC and London.