What is the Future of the US Dollar?

The unique role of the U.S. dollar will cease to exist in the foreseeable future. This will not happen anytime soon, but it will happen. 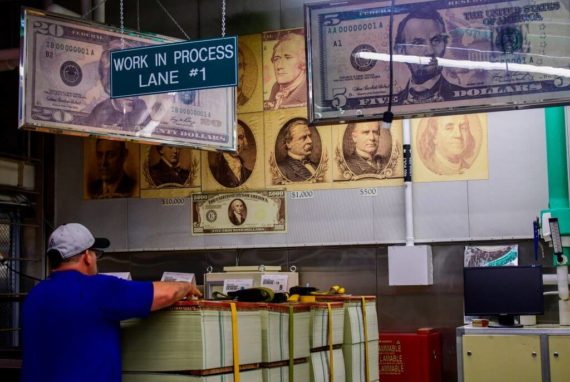 An employee checks stacks of USD notes at the US Treasury's Bureau of Engraving and Printing in Washington, DC July 20, 2018. Getty Images

The U.S. emerged out of the ruins of World War II as the world’s hegemonic power. Although the world had divided in political terms back then as the “democratic world” backed by the U.S., and “communist world” backed by the USSR, the U.S. apparently was the “sole” hegemon of the world in terms of economic power and financial outreach. The extent of the economic and financial power of the U.S. was so great that no empire or state the world had seen before could be compared to it. Therefore, we can easily conclude that the most powerful state the world has ever seen by now is certainly the U.S.

As a direct result of this rather unique situation in world history, the U.S. almost singlehandedly shaped the economic and financial system of the world in the immediate aftermath of the Bretton Woods meetings. Although several countries other than the U.S. participated in these meetings, their effect on the final outcome and “agreement” was rather limited. To add insult to injury, the unique and central place of the U.S. dollar in the emergent Bretton Woods system was “never” discussed in the meetings and added to the final agreement by the U.S. itself singlehandedly as if it was a second thought. Yes, because the U.S. was the hegemonic power of the world, its national currency, dollar, became the international reserve currency without any discussion. Other countries had no other option other than to sign this final “agreement.” In the final analysis, it is the U.S. itself who was ruling the roost.

Back then, the unique and central place of the U.S. dollar in the emergent Bretton Woods system was “never” discussed because the U.S. was the hegemonic power of the world.

However, we are not living in such a polarized world in terms of economic/political power. The extremely polarized economic world between 1940s and 1970s gave way to an increasingly multi-polar world and the economic center of the world shifting towards Asia rapidly. That said, the U.S. is still the most powerful country in the world. However, this is not enough to dominate the whole world in economic and financial terms.

The relative power of the U.S. has decreased tremendously since the 1970s and particularly since 1990s. And this has been what had to happen. The world needs to get “flat.” You cannot sustain a world in which some countries have the upper hand indefinitely. Sooner or later things have to change. And we are in this transition right now. It will be very slow to human eyes, but very rapid from the perspective of history.

I can assert that we are living in a watershed period, which will shape the future trajectory of the world.

Actually, China has surpassed the U.S. in 2013 and became the biggest economy in the world according to PPP, and it will be so in terms of market prices in the very near future. So, I can easily assert that we are living in a watershed period, which will shape the future trajectory of the world.

This general framework signals that the unique role of the U.S. dollar will cease to exist in the foreseeable future. This will not happen anytime soon, but it will happen. In a world in which several countries are competing with each other in economic, political and financial terms, a single country could not impose its will as easily as it was the case in the 1940s, where the U.S. was dominating so thoroughly. More to the point, with a diminished relative power, the U.S. cannot afford its national currency to play an international role. Yes, this was the case up until now, but the U.S. will find it increasingly harder and troublesome as its relative economic power dwindles.

We attested that in the last years the U.S. has been using the dollar and U.S.-controlled payment system, as a weapon to promote its political goals. Financial attacks against the Turkish Lira, sanctions against China, Russia and Iran can benefit the U.S. politically or look so to an extent in the short/est term. However, this inconveniently hawkish and shortsightedly bold standing is a colossal mistake for the U.S., which will only expedite the transition from the existing financial/commercial system to another one waiting to emerge.

Using the US Dollar and US-controlled payment system is inconveniently hawkish and shortsightedly bold standing as well as a colossal mistake for the US.

The “rise” of the currency swap agreements between countries around the world is just first steps on the way to a new global economic/financial order. China, Russia, India, Japan and other countries are signing billions of dollars’ worth swap agreements in an effort to use national currencies more in bilateral trade. This is de-dollarization in action. And it will continue to morph into a much broader and bolder multilateral trade agreements in the long run. I now shall answer the question I asked on the title: The future of the U.S. dollar is to revert to a national currency role without a unique place in the global economy/finance.

China, Russia, India, Japan and other countries are signing billions of dollars’ worth swap agreements in an effort to use national currencies more in bilateral trade. This is de-dollarization in action.