There are many other aspects of the smart city and it cannot be confined merely to the utilization of technological developments in city services. Smart city means more than this. 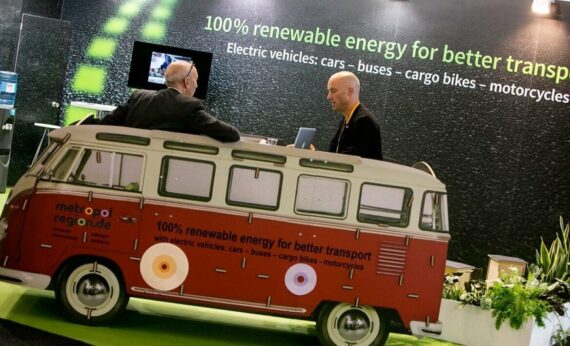 All over the world, universities and independent institutions organize smart city congresses, symposiums and fairs, which encourage cities to get their smart city indicators to higher levels. In order to make their cities “smart”, local governments are interested in these organizations. In this regard, Istanbul has a special place being one of the most favored cities in the world to host such events. Currently, between 1 and 3 June 2016, Istanbul Metropolitan Municipality is hosting the Smart City World Congress. Kultur Inc. has organized the “Congress and Exhibition” with an experienced partner, Fira Barcelona.

What does smart city mean?

Towards the end of the twentieth century, as the use of technology was increased in cities, local authorities perceived “the information society” as an opportunity for development and welfare. The cities with technological infrastructure including various sorts of electronic and digital applications were initially called “virtual cities”. Later on, this definition evolved to the use of a variety of identifications such as “digital city”, “knowledge city”, “electronic communities”, “electronic community areas” and finally “cyber areas”.

There are many aspects of the smart city and it cannot be confined merely to the utilization of technological developments in city services.

Over time, digital cities have transformed into smart cities. Developments in information and communication technologies globally have altered the perception of the city enormously and this transformation has also broadened the criteria of definition for the “smart city”.

It is clear that the concept of smart city is initiated by information and communication technologies. But there are many other aspects of the smart city and it cannot be confined merely to the utilization of technological developments in city services. Smart city means more than this.

Smart cities empower the social and environmental assets by using the Information and Communication Technologies (ICT). In particular, having social and environmental assets distinguishes these cities clearly from other technological cities. This concept is the next step of the new type of urbanization. Smart Cities: a) use resources effective and more wisely, b) reduce the cost of services, while improving the efficiency of urban services, c) let citizens take a more effective and active role in urban management, d) aim to transmit cultural heritage memory of the city to future generations by developing projects to protect the cultural heritage, d) introduce the preservation of green areas as a priority of urban planning policy, e) adopt citizen centered urban management, f) and are managed according to universal urban governance principles.

Synergy of human capital, social coherence and the quality of life are vitally important in smart cities and these can be approached through six components, namely Smart Economy, Smart Mobility, Smart Governance, Smart Environment, Smart Living and Smart People. For example, for Smart Economy, cities are to be strengthened with principles of entrepreneurship, innovation, productivity and networks, both local and global. As for Smart People, up-to-date education, inclusive society, and embracing creativity are fundamental. Likewise for Smart Mobility capital, mixed-modal access, prioritized, clean and non-motorized options, and integrated Information Communication Technologies (ICT) are needed.

Istanbul has achieved a good level of success on its way to become a smart city in many respects.

In practice, some cities are good at some aspects with regard to the services and applications. A city may be good at mobility with its services whereas another one may be good at governance services. But, in order to be a “smart city”, they must fulfill all of these six articles.

SecurityBy Serhan Afacan
Istanbul has achieved a good level of success in many of these components. For example, the metropolitan city has mostly mixed-modal access mobility systems and uses integrated Information Communication Technologies (ICT). There are adaptive traffic management and communication systems, which have become an indispensable part of Smart Transportation Systems. Moreover, Istanbul is becoming a part of local and global networks, the center of international commerce, entrepreneurship and innovation that are the basic elements of Smart Economy.On the other hand, Istanbul needs to improve existing e-government applications, access open data, and guide people to participate in city management in terms of smart governance. Although the number of green buildings is increasing day by day, this philosophy should be applied more widely to all constructions. Undoubtedly, in terms of smart governance, sustainable energy and green urban planning are essential issues for a city.Local governments, aiming to make their cities “smart”, should offer information and communication technologies infrastructure in the areas of economy, transportation, accessibility, environment, human life and governance thereby providing citizens with high quality services that improve their life standards.

The question, “Does the use of technology in city services really make a city smart?” is important. Technological infrastructure, e-government applications or transport systems can identify a city “smart” only in one specific area. However, as mentioned before, a smart city is expected to encompass all the other components as well.

What does the Smart City World Congress in Istanbul offer?

Various technology companies producing smart city applications are attending the exhibition. The congress section is designed chiefly for local government authorities, academicians, experts and researchers working in this field. The basic philosophy of smart cities and its principles are discussed in the congress. This is a good opportunity for the local authorities to gain access to new ideas and technologies, and speak to the experts in those fields.

The congress which began today, will hopefully facilitate smart city experts, academicians, and city administrators to share and transfer information of the most contemporary developments.

More than 150 mayors and ten thousand participants are expected for this year’s congress in Istanbul. There will be 18 separate sessions and 80 speakers. The theme of the conference is “Cities in Motion”.  Countries from the Turkic Republics, Middle East, North Africa and Balkans are expected to participate in the event. Compared to Fira Barcelona’s previous organizations, Istanbul congress may have fewer participant cities and speakers, nevertheless, considering that it is the first time this has been organized in Istanbul, the numbers attending could exceed expectations.

This year, Smart City Expo World Congresses will be held in other cities as well. Puebla Mexico and Casablanca have already taken place and “Smart Cities in Asia” is being held in Kyoto simultaneously with Istanbul (1-3 June).  Finally, it will be held again in Barcelona on 15 – 17 November 2016. The congress which began today, will hopefully facilitate smart city experts, academicians, and city administrators to share and transfer information of the most contemporary developments.