What to Expect for the Turkish Economy in 2018

Turkey will enter 2019, a year with two critical elections, much stronger if economic growth continues and certain improvements are made in fields that currently seem problematic. 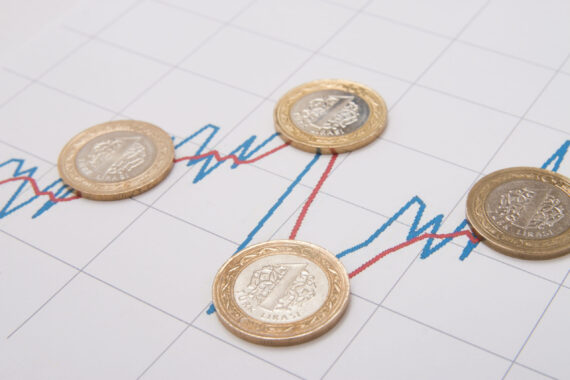 In 2017 the Turkish economy grew above the expectations of many international organizations. With figures examined it becomes clear that this performance was driven by both domestic and foreign demand. Stimulus packages and support provided to the real sector by the government and the tax reductions addressing consumers contributed to the recovery of the economy to a great extent. A substantial increase in total export last year made 2017 one of the best years for Turkey in terms of export performance since the global economy crisis in 2008. All these developments indicate that the Turkish economy is more than ready to take off when appropriate policies are implemented and when clouds of uncertainty over the country dissolve.

Leaving a highly positive year behind, the Turkish economy welcomed the new year with high hopes. The Turkish economy is expected to grow around 5 per cent in 2018. The high rate of capacity utilization ratio in industry and a raising appetite to invest in new areas show that the wheels of the Turkish real sector are turning again. The global economy is also expected to display a strong performance in 2018, which constitutes a positive indicator in terms of Turkish export performance.

Although there are some signals that the government will gear down to a certain degree, several important economic factors that will help revive the economy – such as credit guarantee funds and employment incentives – are expected to remain in certain proportions this year. The omnibus bill proposal the government submitted to Parliament includes incentives that will revive investments and employment. Given that easing monetary policy will be difficult in 2018 due to high inflation and volatile exchange rates, the role of fiscal policy in reviving the economy comes into prominence. While it is reasonable for the government to slow down a little by taking several parameters such as inflation into account, gearing down more than necessary, as occurred in 2012, could have a negative affect on economic activity. This year, it would be more reasonable for the government to adopt a more selective and target-oriented approach in terms of the incentives given to medium and large sized companies. More, the regular cash flow in the real sector can be a priority while supporting small sized companies.

Since Turkey’s costs of imported intermediate goods and energy soar in periods when the country enters a phase of rapid growth, an increase in its current account deficit is unavoidably being experienced. Diversifying incentives on exports and supporting companies that have a potential to produce imported intermediate goods are of critical importance in terms of enabling a sustainable 5 percent growth and minimizing Turkey’s vulnerability to external shocks by decreasing the current deficit. In this scope, it is crucial to implement the plans to incent domestic production of intermediate goods that Turkey has imported, which is included in the Input Procurement Strategy Action Plan (2017-2019) issued by the Ministry of Development.

Increasing domestic energy generation is also crucial to reduce Turkey’s current account deficit. The geopolitical risks and increases in demand driven by global growth contributes to the rise in oil prices. Oil prices that could possibly see $70 this year are creating pressure over the current deficit. The Ministry of Energy and Natural Resources took considerable steps last year in regards to increasing domestic energy generation. Policies aiming to diversify domestic energy sources are expected to continue at the same pace during 2018.

While the Turkish economy experienced significant progress in growth and export last year, statistics regarding inflation and unemployment were worse than expected. Inflation and unemployment rates were in double digits almost the entire year. With the loss of value of the Turkish Lira, rising food and energy prices were the main triggers of this high inflation rate. While it is possible that inflation will return to single digits at the beginning of the second quarter of 2018, the future of exchange rates along with the prices of food and energy will decide whether such single digit rates will be sustainable or not. With Fed signaling that it will continue to increase interest rates, uncertainty regarding the future decisions of the European Central Bank, and due to high inflation and volatile exchange rates, the Central Bank of the Republic of Turkey is expected to maintain its tight monetary policy.

Since the high inflation rate is mostly being caused by supply-side factors, implementing a tight monetary policy will not be enough to achieve the inflation target alone. Structural reforms regarding problems that hinder domestic production and increase its costs are necessary for the inflation rate to return back to single digits. Policies regarding agriculture and livestock sector, and domestic energy projects that will diversify energy resources are of utmost importance regarding medium to long-term inflation trends.

Another reason for the CBRT’s insistence on a tight monetary policy is highly volatile exchange rates. Speculative movements caused by the increased regional risks during the northern Iraq referendum process, fabricated news suggesting that some European banks will stop lending to Turkey, the visa crisis with the U.S., and the Iran sanctions case in the U.S. caused great fluctuations in exchange rates during the previous year. Latest developments in Syria and the result of the trial process in the U.S., which will be announced in April, will be closely followed by the financial markets. Decisions of major central banks, especially of Fed, regarding interest rates will be another factor that will affect the course of exchange rates.

Even though the Turkish economy is creating new job opportunities, the demand for labor falls short of the supply due to the high labor force participation rates among the youth and women. Combined with the disparity between the skills taught by the education system and demanded by the job market, the Turkish economy fails to achieve its targeted unemployment rate.

In order to solve the unemployment problem, the government has begun to provide important support and incentives addressing employers. Through these incentives and the high economic growth rate, unemployment decreased from 13 to 10.3 percent. Such a decrease is an important achievement. However, there is room for improvement regarding unemployment. To ensure that the increase in welfare caused by economic growth reaches the entire population, the unemployment rate must fall below 10 per cent in the short and stay around 7-8 percent in the medium to long-term. If the Turkish economy does grow around 5 percent this year (as is expected), it can be estimated that the unemployment rate will fall back to single digits. This is likely especially when considering the fact that incentive programs aimed at decreasing unemployment rates last year are still continuing and new incentives aimed at increasing employment among women, young people, and people with disabilities are going to be implemented. However, to reach unemployment levels of 7-8 percent, structural reforms are needed in a wide range of critical subjects such as education, immigration policy and labor regulations.

The strong economic performance Turkey displayed in 2017 despite formidable problems has increased hopes and expectations for 2018. Turkey will enter 2019, a year with two critical elections, much stronger if economic growth continues and certain improvements are made in fields that currently seem problematic.