The Turkish economy needs a close relationship and collaboration between the state and private firms, or some kind of “carrots and sticks” industrial policy. 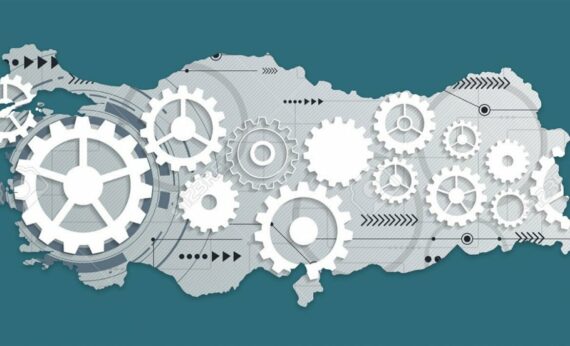 There is a near-consensus in economics that it was free-market policies that made today’s rich countries rich. However, contrary to popular discourse, most of the rich countries in today’s world got rich through state intervention and protectionism in one form or another, and they stay rich partly through these policies.

Most of the rich countries in today’s world got rich through state intervention and protectionism in one form or another.

Moreover, after WWII in numerous countries such as France, Finland, Austria, Singapore and Taiwan, governments tried to develop important industries and improve their industrial base with state-owned firms along with protections and subsidies to private firms. In addition, in countries such as Japan and Korea, firms have been in close relationship with the state in the course of industrialization. Korea is a very curious case in the sense that this country was much poorer than Turkey in the 1960s, when the state started to transform the Korean economy. In the following decades, the government drove many firms into “important industries” such as automobile and electronics. These firms would not have entered these industries if they had been left alone. In the end, some of these firms have become success stories, such as Samsung, LG and Hyundai. And, once poorer than Turkey, Korea now almost two times richer.

Industrial policies are needed not just for getting rich, but also for staying rich, due to the fact that leading industries evolve and change all the time. Britain was the leading economic power in the world in the second half of the 19th century with its textile industry. However, Britain could not keep up with the technological progress in the world in the following century and its influence has gradually faded away. Then came the US hegemony in the 20th century, with its automobile and engine industries. Yet, in the second half of the 20th century, numerous countries began to catch up with the US in terms of industrialization. The US had to nurture and protect “key” and “leading” industries such as computer, internet and semiconductor industries in that period in order to sustain its hegemony; and it was mostly successful in that struggle up until the 21st century.

Industrial policies are needed not just for getting rich, but also for staying rich, due to the fact that leading industries evolve and change all the time.

Turkey started to adopt a neoliberal export-oriented growth strategy in the 1980s. In less than a decade, the economic and financial structures of the country were substantially transformed. However, one thing more or less stayed the same up until a few years ago: the absence of an industrial policy and the hands-off approach of the state. Under both import-substitution (pre-1980s), and neoliberal export-oriented growth periods (since 1980s to about 2010), Turkey has had no concrete industrial policy whatsoever.

In the former period, state protection resulted mainly in an assembly industry, wherein “chosen” firms, through import licenses and subsidies, assembled what they had imported from abroad and sold their products domestically, making very handsome profits with near-zero risk. Thereby, state protection in that period did not pave the way for the development of the infant industries, but rather culminated in the enrichment of a number of firms and their allies in the political sphere against Turkey’s “common people.” In the latter period, the elimination of the trade restrictions wiped out these excessive profits and the Turkish people started to consume a much wider variety of better quality goods, while paying less money.

In the import-substitution period, governments did not have any kind of industrial policy whatsoever in their minds, although the State-Planning Organization (DPT) was founded in the beginning of the 1960s and the state had numerous enterprises, or KİTs. The function of the DPT was merely the expression of wishful-thinking regarding the economy, without any elaboration on, or strategy, or any real planning as to how to reach the economic goals desired. While there were some successful KİTs, these enterprises were actually not infant industries the governments intended to nourish, but rather public resource-draining “political entities” with bad governance, overcrowded employees, retarded technologies and intentionally underpriced goods.

The Turkish state has now been trying to catch up with industrialized countries through colossal investments in the defense industry.

In the latter period, on the other hand, the absence of an industrial policy lingered and even gained an ideological base, namely neoliberalism, up until recently. The Turkish state has now been trying to catch up with industrialized countries through colossal investments in the defense industry; significant progress has been made as “domestic” rifles, tanks, helicopters and even aircrafts have been built or will be built in the near future. The state also has been trying to “develop” the prototype of a domestic passenger car, since no firm intended to step in this industry, although there have been automobile assembly factories in Turkey for more than sixty years.

While these recent developments are important steps in the right direction, they are not sufficient in any sense, because the government has been trying to improve our industrial base single-handedly. The Turkish economy needs a close relationship and collaboration between the state and private firms, or some kind of “carrots and sticks” industrial policy. The state should try to drive and enforce “chosen” firms into strategic and promising industries via carrots such as subsidies, tax-exemptions, cheap credits, tariff protections etc., and sticks of various kinds, in order to prevent firms from making investments in unproductive industries, all within the framework of a comprehensive industrial policy. Such a policy has worked very well for numerous countries such as Japan and Korea, and more recently for China. Now it is Turkey’s turn to implement such a policy.