What Will Happen to Turkish Observation Posts in Idlib?

There seem to be four pathways for Turkey: Withdrawing, escalating, postponing or preventing. Each of which will have its own implications and risks. 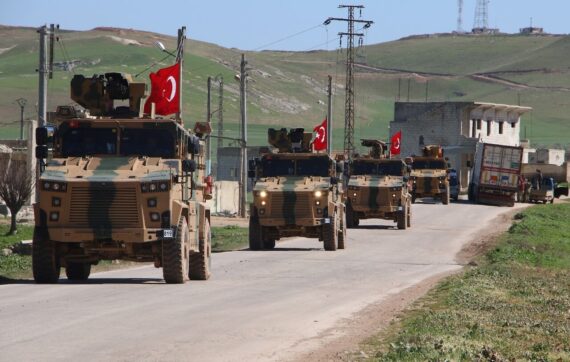 Armoured vehicles of Turkish Armed Forces are seen after first patrol completed at "Idlib de-escalation Zone" within the decision of the Sochi Summit, in Idlib, Syria on March 08, 2019. AA

Since the ceasefire announcement was made during the 13th round of the Astana process, there has been an escalation of fighting in Idlib. The regime axis supported by heavy Russian airpower has made gains with significant implications for the political process and Turkey’s position and role in Idlib. I argued before that Turkey and Russia have a way out of the escalation in Idlib, but that Russia may use the escalation in Idlib to seek favorable terms in the constitutional committee formation process which could not have been finalized in the last Astana summit held in the Kazakh capital Nur Sultan. The advance of the regime axis in Idlib has captured Habit and Sukayk. If the regime succeeds in capturing Khan Sheikhun from the Syrian opposition, it will threaten to besiege the Turkish observation point in Morek. Even if Turkey and Russia want to avoid a direct escalation, the Assad regime is progressing towards a military solution which it believes can only happen if Turkey withdraws from Idlib. Turkey must therefore decide the fate of its observation point and with it the fate of Idlib.

There seem to be four pathways for Turkey: Withdrawing, escalating, postponing or preventing. Each of which will have its own implications and risks. Starting with the first, withdrawing from one observation point to prevent its besiegement will open the way for the Assad regime to do the same with the other 11 observation points. This will make the observation point meaningless and undermine the Turkish role in Idlib, the Astana process and in the overall geostrategic situation in the region. The withdrawal from a Turkish observation point would mark a precedent affecting the entire Turkish deterrence strategy, which is important to Turkish foreign policy from the Eastern Mediterranean to northern Iraq. While the withdrawal of Turkish troops may be the main goal of the Assad regime, the implications for Idlib and the region would be too high for Turkey. Therefore, this option seems to be the less likely.

Another option for Turkey would be to negotiate a new line of de-escalation with Russia and to withdraw the observation points further north. However, such a move would not only mean the handover of essential territory to the regime axis, but would postpone addressing the dilemma of the observation points weakening the Turkish hand for another time. Lastly, Turkey can work to prevent besiegement of its observation point by extensively supplying the Syrian opposition. In this case, the Turkish position in Idlib would continue as it stands. But what if the Syrian opposition fails? Without a plan B or extensive support to ensure that a regime advance would be stopped, Turkish soldiers may be placed at risk of being trapped in a siege. In this case, a new crisis over Turkey’s role in Syria will become inevitable.