As we countdown the days towards the referendum, the process of changes that may come from the Presidency system have been discussed with various perspectives in a variety of different circles. What then will the presidential system, which will alter the politics of the country significantly, bring to the Turkish economy? 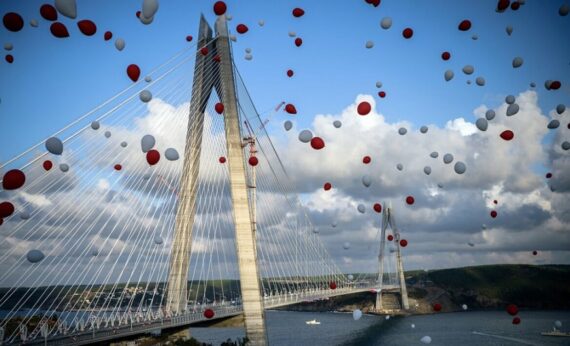 As we countdown the days towards the referendum, the process of changes that may come from the Presidency system have been discussed with various perspectives in a variety of different circles. What then will the presidential system, which will alter the politics of the country significantly, bring to the Turkish economy? A system of governance, which the social and cultural codes of a country make it successful in terms of providing political stability, serving predictable and inclusive policies, and activating a well-functioning bureaucracy, is certainly of benefit for the economic development of this country.

When we look at the history of the Republic of Turkey, it can be seen that stability was not achieved during the various coalition governments, politics were far from predictable or even being inclusive, and the cumbersome bureaucratic structure deadlocked the political system. The bottlenecks of the 1970s, the 1994 crisis and the 2000-2001 crises all took place during the periods when a coalition government was in place. In the single-party government periods however, the Turkish economy had made significant gains.

It would be unrealistic to expect any level of success from coalition governments in a socio-cultural environment where, due to conflicts and disagreements, even siblings have played havoc with family businesses and sustainable partnerships are rare. In Scandinavian countries where coalition governments are relatively successful in economic terms, success points at factors such as a small and homogeneous population, high social trust and their geographical position. Nevertheless, the countries where the coalition governments successfully worked have had a solid and successful economic infrastructure built over the last fifty years and consequently quick decision making has become a secondary priority. An economy like Turkey, which has lagged behind in the race of economic development, does not have the luxury to move with such a slow pace.

Despite the fact that Turkey has been governed by one-party governments for the last 15 years, the current system does not guarantee this indefinitely. The closest example of this was in the June 7, 2015 elections. The AK Party – which received 41 percent of the vote, and 15 percentage points ahead of its closest rival – failed to establish itself as a single-party government. Thus, the presidential system offers an important opportunity for the Turkish economy to avoid the friction that comes with coalition governments.

In terms of the economy, another weakness of the current system is that both the president and the prime minister go through an election process, which means that both these positions of authority also come with the potential that may arise from holding important forces in their hand. The respectable relationship between the presidents and the prime minister for the last decade has been based on strong human relations. It is not realistic to expect that the relationship between the two forces will have the same consistency and amiability in every period. If these authorities equipped with high power implement contradictory populist economic policies based their electoral agenda, these contradictory policies will increase uncertainty. Needless to say, an increase in this kind of uncertainty can cause serious damage to the economy. However, as is the case with the incident where a former president threw a constitution booklet to a former prime minister, nonsensical agitation between the president and the prime minister can also spark an economic crisis.

The current system also makes it difficult for decisions to be made quickly and for the bureaucracy to function properly. This country had experienced periods whereby the head of the execution, the prime minister, could not even choose his own bureaucrat. In 2006, despite the fact that important candidates such as the late Adnan Buyukdeniz and Deputy Prime Minister Mehmet Simsek were available to be appointed to the central bank, they were appointed due to the ideological defenses of the then president. Likewise, many projects put forward for the development of the country were deliberately postponed for unacceptably long times due to the cumbersome bureaucracy, taking advantage of the poor president-prime ministerial relations as well as duality of administration as an opportunity to delay these major projects. In a governance system in which bureaucrats cannot reach the speed of the politicians, it is impossible to make economic development move quickly.

The presidential system is critical in terms of Turkey’s role in the global economy. At the beginning of the 2000’s, Turkey was in a position of clinging onto the IMF. Thanks to the political stability and a decisively implemented economic policy, Turkey paid off all debts to the IMF. In addition to that, recent reforms in the IMF, along with Turkey and some other important emerging economies, has successfully seen them having a more important say, to a certain extent, in the governance of the IMF. As the share of developing countries in the global economy increases, this will also come with a power shift in the governance of international institutions such as the IMF and the World Bank. Nevertheless, the inadequacy and inefficiency of the Bretton Woods’ institutions, to fully address the problems of the ever-changing global economic structure also pushes developing countries to find different alternatives. The Asian Infrastructure Investment Bank, which was founded under the leadership of China, and of which Turkey is a founding partner, is a good example of this situation. Consequently, it is no surprise that the foreseeable future will see a substantial increase in the number of institutions that are all encompassing and focused on solutions in the international arena.

Energy is another area where Turkey has achieved an important position within the global economy in recent years. At a time when global economic growth is weak and concerns for the future of traditional energy sources are rising, the transfer of energy resources from the East to the West is crucial. Turkey is an important actor playing a critical role in securing and supplying energy because of its geographical position and has the advantage of being a rare country that can sit on the bargaining table with almost all the big energy producing countries such as Russia, Iran, Azerbaijan and Qatar. The fact that such energy projects are very long-term projects necessitates a political will that will follow through these projects outside of the daily political banter. This follow-up will be very difficult to take place within a coalition government or in a setting where this contention between the president and the prime minister.

Another important aspect of securing political stability, predictable policies and strong political will, from a global economic perspective, is that it will contribute to the creation of an environment in which Turkey can extend its assistance and support to a wider geographical area. Turkish Cooperation and Coordination Agency (TIKA), has been one of the world foremost important foreign aid donors for the past ten years even though until ten years ago no one had even had heard of their name. Turkey is one of the few countries making an effort to offer a “humanitarian” solution without prioritizing their own national interests against human tragedies. The fact that Turkey can continue to expand this work corresponds with its strong system of governance.

Turkey is a country that aims not only to increase its own economic power by accelerating the economic development process, but also to make it more inclusive for the underdeveloped and developing countries in order for them to have more say in the global economic arena. For this reason, Turkey needs a new system of governance in order to achieve this goal. The Presidential system, which will be voted on in the constitutional referendum on April 16th, is a valuable alternative that can respond to and meet these needs.