What will the Turkish Economy look like by the end of 2017?

The Turkish economy has been on an upward trajectory in 2017 due to the results of the referendum and the sound decisions made by the economic administration. 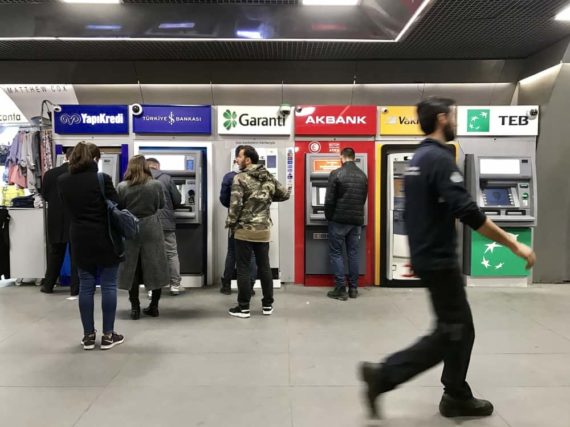 Recent data indicates that the Turkish economy is recovering from the stagnation prevalent in 2016. The first indicator in this respect came with the announcement of the growth rate observed in the first quarter of 2017. The unexpected 5 percent growth rate raised the expectations regarding the following quarters and the annual growth of 2017. The subsequent indicators of the inflation rate also illustrate that Turkey will see a single-digit inflation rate through the year. Furthermore, this recovery has occurred without an increase in the current account deficit, which demonstrates that the growth is not solely driven by domestic demand. As a result of these developments, exchange rates have been stabilized while the BIST 100 index has eyed 110.000 levels. In addition to this, employment figures also started producing positive signals, which is particularly crucial for economic and social life. The only negativity in this positive framework is the high trajectory of interest rates. This article aims to take a closer look at unemployment and inflation since these two matters are the leading ones that concern society and affect expectations.

The correlation between growth and unemployment

Unemployment has been one of the most prominent challenges the Turkish economy has confronted all along. While successful results have been yielded on many issues, the unemployment rate could not be permanently decreased below 9 percent. It must be noted that unemployment is the leading challenge of economies in general as economic crises firstly affect employment figures. As the expectations regarding the depth and persistency of the crisis worsen, a high-speed and severe shrinkage occurs in employment. However, as the crisis is tackled and growth kicks off, the increase in employment unfortunately does not comply with this trend. One of the main reasons for this is the fact that the employer does not begin hiring new employees before being convinced that the crisis is over. Another reason is that the employer finds alternative ways to do the same job with fewer employees during the period of shrinkage and prefers to continue with fewer employees also in the period of expansion. For such reasons, the increase in employment always follows growth with delay, and consequently the increase in employment always takes longer than economic growth. The graphic below shows the unemployment rates in the U.S. between the years of 2008 and 2016. Having been increased by 2.5 times within two years due to the crisis, the unemployment rate returned to its previous levels in six years.

It is possible to contend that this period is shorter in Turkey. Another detail that must be considered is the relation between growth rates and unemployment in general.

The figure above shows the unemployment and growth rates between 2005 and 2016. As a matter of fact, while a longer time period must be taken into account for better insight, the period shown above is enough to indicate necessary results. First to note is the fact that rapid growths following crises in Turkey increase employment quite quickly.  To a certain extent, it is possible to make the same observation for the aftermath of 2001.  More importantly, it has been observed that an annual growth rate below 6 percent brings higher unemployment rates in Turkey. Having undergone a structural transformation beginning from 2000, an average of 800.000 people participates in the labor force annually and almost all of these employments are non-agricultural. This means that unemployment will roughly remain stable even though the Turkish economy creates the same amount of employment each year. Of course, this rapid growth in the labor force participation will slow down after a while. As the economy grows, a lower growth rate will create the same amount of employment. Based on this, it is possible to estimate roughly that Turkey is required to achieve at least 7 percent of annual growth in average in order to decrease the unemployment rate to 8 percent by 2023.

Unemployment estimated to fall to single-digit levels in 2018

Turkey has a potential to reduce unemployment rates to single-digit levels. Frankly, the past 15 years have illustrated the potential of what can be accomplished when political stability is ensured and when the economy is in safe hands. The most impressive achievement among all is the performance displayed within the recent period under the shadow of all the negative developments and assaults. While Turkey registered an annual growth of 2.9 percent in 2016,  this rate climbed up to 5 percent in the first quarter of 2017.

With this achievement in mind, it is appropriate to estimate that the second quarter will see a 6 percent growth, and it will be no surprise if the growth rate hits around 7 percent at the end of the year. The same success can also be observed in unemployment figures. The unemployment rate, which was 12 percent (seasonally adjusted) at the beginning of the year, decreased to 11.3 percent by the end of April. As mentioned above, considering the factor that the increase in employment follows growth with delay, it is possible to argue that the unemployment rate will near single-digit levels by the end of the year. The following year’s growth rate is likely to be above this year’s unless a hot war or an extensive instability emerges. From this point, it can be argued that the unemployment rate will decrease to around 9 percent again.

Inflation will close the year in single-digit levels

Although the effects of it have been diminished, Turkey has a long-standing dollarization history, which is still ongoing. Among various reasons causing this, the leading one is the years with high inflation we had in the past. Fortunately, those days are left behind. Despite that, the effects of dollarization are still felt. Although it is not at alarming levels as in the past, it must be noted that the exchange rate transitivity is still higher compared to some other countries.

The main reason of the state of inflation in our country over the past 7 or 8 months is that it has increased the general level of prices through the increase in the exchange rate and exchange rate transitivity. Between July 2016 and April 2017, the U.S. dollar rose in value by around 30 percent. The rate in the currency basket consisting of Dollar and Euro is also close to this. The academic studies conducted on this matter indicate that in Turkey, 10 percent increase in exchange rate affects inflation by around 1.5-2 points within a year. Departing from this, it can be estimated that the 30 percent increase in the exchange rate over the course of six months will affect inflation by around 5 points, which is of course an effect that will roughly spread over a one-year period. In this case, it can be roughly estimated that around 3.5-4 points of the inflation rate will come from the exchange rate increase at the end of 2017 unless another leap occurs. We estimate that the annual inflation rate of 2017 will be slightly above 9 percent. If this rate is achieved and the contribution of the exchange rate transitivity occurs as we claim, we can suggest that the annual inflation rate will not diverge much from the targets of the Central Bank.

In conclusion, it can be said that the Turkish economy has been on an upward trajectory in 2017 due to the results of the referendum and the sound decisions made by the economic administration. Unless a major problem is witnessed in the global economy, in the following years the targets regarding inflation rates are likely to be achieved along with the increases in growth and employment rates.

Prof. Dr. Göksel Aşan completed his undergraduate degree at Istanbul University in the field of Political Science and Public Policy. He completed his PhD in the same field in 1998 and is now currently a Professor at Istinye University.