What Won the KRG Elections in Iraq? KDP's Revisionism or PUK's Status Quo

Recent developments in Iraq illustrate that the KDP and PUK will continue to dominate Iraqi politics. You can essentially read this as the Barzani and Talebani houses continuing their reign on this shaky settlement, a settlement found based on a delicate division of power in the region. 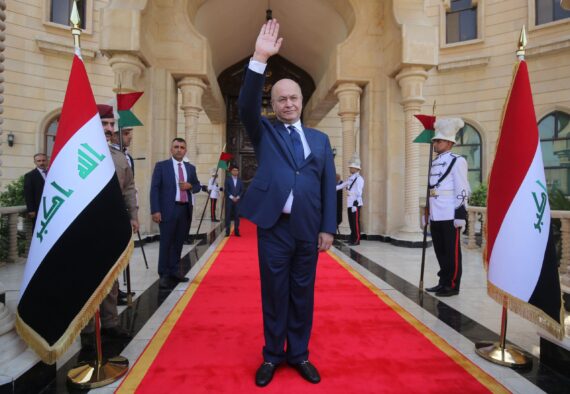 The Kurdish region of Iraq held elections on 30 September – a year after a troublesome period. The elections were planned to take place almost a year earlier on 30 November, 2017, but the troubles the region found itself in caused delays. The region had already been in turmoil, but what put it in the midst of fierce developments was the independence referendum held on 25 September, 2017.

The Kurdistan Democratic Party (KDP)-led regional government found itself weakened and isolated in the process as Baghdad, Tehran, and Ankara took a common position against the referendum. While Turkey’s position was quite expectable as it is against any kind of de facto secession in the region, Iran used its close ties with the Patriotic Union of Kurdistan (PUK) and created a split in the pro-independence regional position of Iraqi Kurdistan.

Eventually, not only did they fail to put the referendum in action, but the KRG also had to leave the disputed territories to the control of Iraq’s central government. Amongst them, the most important and disputed one was Kirkuk, whose governor Najmaddin Kareem (from the PUK) had to flee the city.

After all this mess, the parliamentary elections were finally held on 30 September, but this time the vote count took too long – due to the allegations of fraud by multiple sides. Weeks after the elections, the election commission finally published the results. The KDP received 688 thousand votes and secured 45 seats in the 111-seated parliament. 11 of those seats were reserved for minorities. This is quite a strong presence in the parliament, especially given that the PUK, the second major party in parliament, only received 21.

The third biggest party, Gorran, only secured 12 seats. In other words, the seats of the second and third parties combined still fall short of the KDP seats. Hence, the KDP increased its seats in parliament from 38 to 45 between 2013 and 2018, while the PUK increase stayed marginal, and Gorran faced the hardest blow by losing more than half of its seats.

The September 25 independence referendum escalated the mistrust between the KDP and PUK as both sides blamed each other for betraying the interests of the Kurdistan region. The two established parties of the region also competed in the presidential elections in Iraq earlier this month. PUK’s candidate, Barham Salih, won the election – allegedly with Iran’s use of its influence in Iraqi politics – against his KDP rival, Fuad Hussein, with 219 votes to a mere 22.

The developments illustrate that the KDP and PUK will continue to dominate Iraqi politics. You can essentially read this as the Barzani and Talebani houses continuing their reign on this shaky settlement, a settlement found based on a delicate division of power in the region.

The PUK secured the presidency, with the outside support (of Iran), and the KDP increased its dominance in the regional parliament. This balance of power can still preserve the status quo in the region if Turkey does not change it in favor of the KDP or Iran in favor of the PUK, which is not likely at the moment.

The KDP tried hard to change the status quo with its referendum initiative and nomination of a presidential candidate, but both failed. In response, the PUK is now trying to maintain its position as the second and only other major party in the region, which it achieved with Iran’s support. What is missing in this picture is Turkey’s cross-border strategy of containing and then eliminating the PKK, which at the moment, is not changing the parameters of the KDP-PUK game.