What's Next after the Fall of Aleppo?

The civil war will not end in Syria after the fall of Aleppo, but the relationship between local actors and external actors will determine the fate of the war at least in North Western Syria. 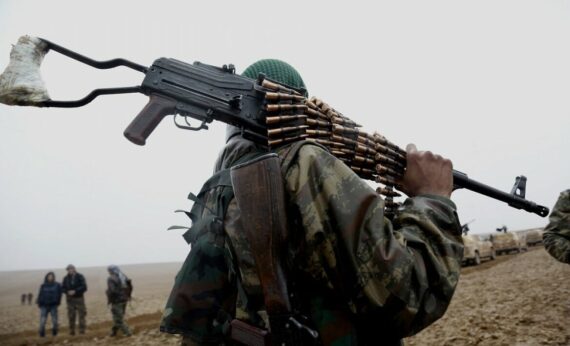 After four and half years of war, Syrian regime forces captured Aleppo city with the direct help of their Iranian and Russian allies. Neither indiscriminate airstrikes on civilians in opposition-ruled areas nor the military intervention of Iran with its own IRGC units and pro-Iran militias with Iraqi (Harakat Hezbollah al-Nujaba), Lebanese (Hezbollah) and Afghan (Liwa Fatemiyoun) origins turned out to be game changers in the military balance for the Aleppo battle. But the Russian intervention in Syria created a new balance of power that the Syrian opposition and their backers couldn’t challenge. Despite all efforts by the Syrian opposition to prevent or break the siege on East Aleppo, Assad’s forces advanced rapidly with the help of their allies and finally captured almost all of East Aleppo’s opposition-ruled neighborhoods. A ceasefire deal – including the evacuation of civilians and opposition fighters – has been reached by Turkey and Russia. This may be the end of the battle for Aleppo city but it doesn’t mean the end of the civil war, at least for now.

After the fall of Aleppo it won’t be a surprise if the Assad regime tries to expand its territories towards the west to threaten the opposition stronghold of Idlib. And any campaign to reach Idlib means that the fight in rural Latakia, North Hama and rural West Aleppo will be crucial for both sides. But after the Aleppo campaign, the war has higher costs (especially in terms of Iran’s military losses), so Iran and Russia, which are experiencing hard times with their own economies, may not want to undertake a new burden.In 2015, following the loss of the city of Idlib to opposition groups, Assad admitted his army was struggling for manpower. And following the Syrian Arab Army’s collapse in the Idlib region and Assad’s admission of his army’s diminished military capacity, Russia was convinced of the necessity of military intervention.
Considering that authority over Damascus and Aleppo is not a problem for the regime anymore, Russia will not be very enthusiastic about fighting for Idlib unless military bases in Latakia are in danger of an opposition offensive. Thus we can expect Russia to renew the fight in Palmyra against DAESH and pursue a ceasefire with the opposition before making a decision to participate in a new and long battle in Idlib and its surroundings. Although Russia has a military capacity that overwhelms the balance of power on the battlefield, it will put an extra financial burden on Moscow in case of direct military support for an Assad campaign to take back all of the country. And of course, Assad will still try to convince Russia to participate in upcoming offensives on rebel areas, because without strong Russian support Assad’s advance will be slower and can cause high military losses.On the other hand, there are challenges that the Syrian opposition and its foreign backers will face after the fall of Aleppo. The first and the most serious one is the radicalization of northern rebels. The unresponsiveness of the US to the Ghouta chemical attack in 2013 triggered a radicalization wave in Syria where groups such as Jabhat al-Nusra were strengthened. The fall of Aleppo and the international inaction that caused it may have a similar impact.

IslamophobiaBy Mert H. Akgun
Ahrar al-Sham’s presence and power in Northern Syria will be tested. The rivalry among high level Ahrar al-Sham commanders, between those who opposed a merger with Jabhat Fateh al-Sham (JFS) and those who are pro-merger, led to the announcement of a splinter group called Jaish al-Ahrar. If this process leads Ahrar al-Sham to further disintegration, JFS will be the winner of this split and probably become the strongest power in Idlib. A JFS dominated Idlib will be problematic for Turkey’s moderate Syrian opposition discourse and might weaken Turkey’s influence in Idlib and its surroundings. Ankara would prefer a well-supplied united Syrian armed opposition over today’s chaos. But if some merger will lead the Syrian opposition to a political position close to JFS, then Turkey will face a situation that could end with a loss of its influence on the main actor in Idlib.
A direct confrontation between the Turkish Army or Turkey’s Syrian allies with JFS should not be expected. Despite their extremist discourse and al-Qaeda-linked background, JFS enjoys support in the Syrian opposition and society because of their policies and their fight against Assad, DAESH and the YPG. Thus a fierce conflict between rebel factions won’t be tolerated nor find support among the Syrian pro-revolution public. But a fight against a common enemy would be a better cover for Turkey’s efforts among the Syrian opposition.There is reason to believe Turkey may get more directly involved in Idlib. Turkish President Erdoğan and Foreign Minister Çavuşoğlu have repeatedly stated that the target after al-Bab city will be Manbij, which is under YPG control. If the Euphrates Shield operation is extended not only to Manbij but also to Afrin, Turkey will prefer to surround the YPG from the south of Afrin too. In this case it would not be surprising if Euphrates Shield expands to include the Idlib northern countryside. This strategy may create the possibility of a direct Turkish confrontation with Assad and Russia, because a Turkish military presence in Idlib, on top of their presence in the Azaz-Jarablus-al-Bab corridor, may be a potential threat for Assad’s forces in Aleppo.But this strategy has the potential to increase Turkey’s influence over the Syrian opposition. Turkey has ties with mainstream opposition groups, in particular Ahrar al-Sham, Faylaq al-Sham, Harakat Nour al-Din al-Zenki and various FSA brigades. With the possible intervention of Turkey in Idlib, relations between Turkey and the mainstream opposition can move to a new phase with a high level of cooperation.

There are two questions that will apparently be decisive in the near future: how far will Russia continue to back the Assad regime, and when and where will Turkey further its intervention in Syria against the YPG?