What’s Next for the Turkish Lira?

In fact, it is very hard for the currency to stay where it is now. (Indeed, it decreased sharply from over 3.90 to about 3.70 in just two days.) So, once the speculative wave fades away, then can we see a sharp decline in the TL/US parity. Until where? Well, one can expect first around 3.60s and then 3.30s. 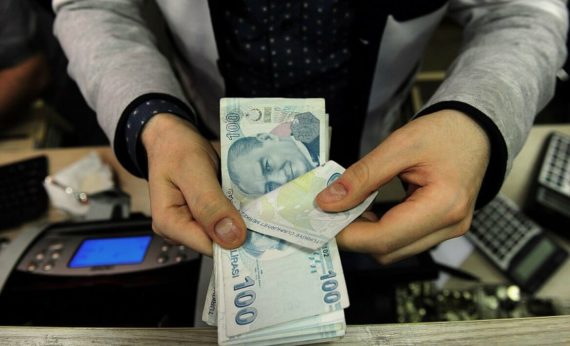 The Turkish Lira has depreciated considerably in the last few months against the US dollar with no apparent reason, at least economically. After having been relatively stable in the first 10 months of 2016 with an average level of 2.95, the Turkish Lira (TL) lost value against the US Dollar (USD) by more than 10 percent in just November, after Donald Trump has been elected as president in the United States and because of the growing expectation regarding the rate hike by the US Federal Reserve (Fed) in December, which accordingly materialized.

Middle EastBy Emily MillikenGiorgio Cafiero
However, this slump was a surprise to many in the sense that the TL has been one of the worst performers among the currencies of the emerging countries, though the economic and financial outlook of Turkey by no means warranted such a grim outcome. This was not the end of the story, though. After having decreased by around 4 percent against the USD, the TL has plunged by around 10 percent less than two weeks into 2017, reaching around 3.90. This plunge was so sharp in the sense that it eclipsed the “considerable” depreciation that happened just two months earlier with its pace. Such a sharp depreciation requires a very good explanation, yet there was none. It seems that the reason behind the bulk of the depreciation of the TL lies not in the economic but in the political sphere, which amounts to some sort of a speculative attack with “political strings” attached.At what level will the TL/USD parity stabilize? This question is hard to answer since financial movements are extremely unpredictable given the speculative nature of financial markets, particularly as there is a rather weak link between the recent depreciation waves and underlying economic causes to it, if any, though some useful and informed remarks can be made. 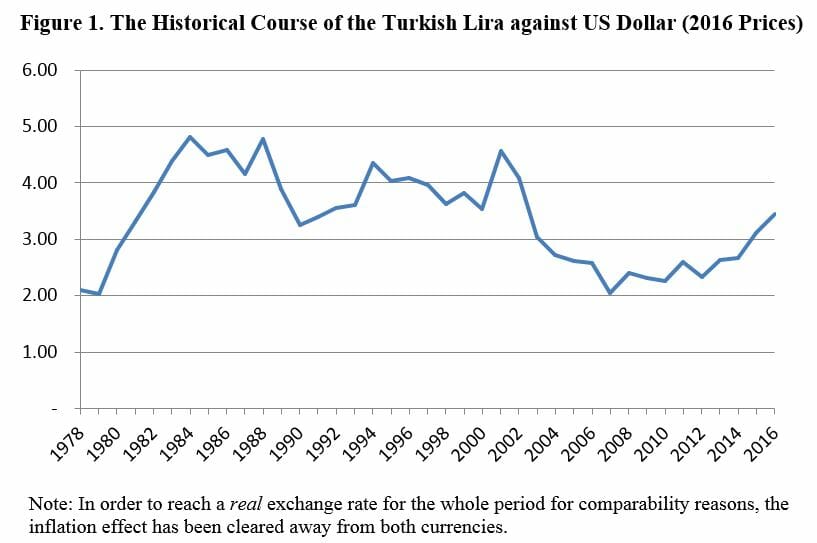 It is interesting to have a look at the historical course of the TL against the USD (Figure 1). For the period stretching from 1982 to 2002, the TL was extremely undervalued against the USD with a parity of 4.04 on average. However, in the second period of 2003-2015, the opposite was the case: the TL was extremely overvalued against the USD with an average parity of 2.57 due to a positive global economic outlook until the 2008 financial crisis and global liquidity abundance in the 2000s. According to my calculations; given the inflation rates, policy interest rates and other important factors of both countries and from the perspective gained from the course of the TL/USD parity in the last four decades, the TL/USD parity should be around 3.30 as of January 2017.

After an average parity of 2.54 in 2014, which was well in line with the broader pattern experienced in the period of 2003-2015, the USD gained value against the TL considerably in 2015, ending up with a parity of 2.96, though this rate was still low according to historical standards.

In the first ten months of 2016, the parity hovered around this level with an average of 3.00, which was followed by a sharp depreciation for the TL in November 2016, allegedly due to Donald Trump’s election and growing interest rate hike expectations, as mentioned before.

However, the TL lost value in considerable excess of most of the currencies of emerging countries, raising doubts regarding the reasonability of so-called economic causes for such depreciation. The TL closed 2016 with a 14 percent loss in the last two months against the USD. However, this was not the end of the story.

Even though many had expected a bouncing back of the TL, it has further lost value against the USD in the first few days of 2017, this time with a vengeance, causing great surprise. In just a few days, the TL has lost its value against the USD by 9 percent with no apparent “economic” reason. So, in these days Turkish people, while trying to understand what has been going on, wonder what will come next. 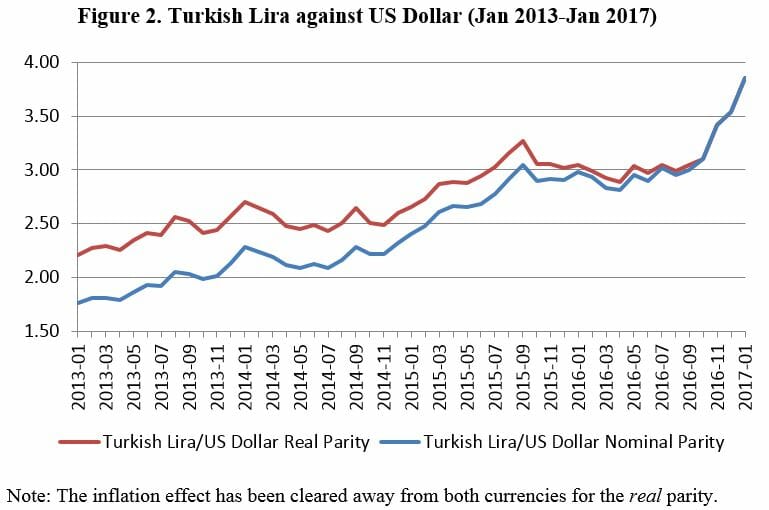 From an historical standpoint, it is clear that the TL is now rather undervalued against the USD, with no good reason at least economically. In the 1980s and 1990s the TL was extremely undervalued against the USD, but there were good economic reasons behind it, for example a tight monetary policy and concomitant high policy interest rate of the Fed particularly in the first half of the 1980s, but also occasionally in the 1990s, not to mention very high average inflation rates in Turkey for the whole period.

Actually, for example, the US 10-year Treasury rate was much higher in the 1980s and 1990s, than in the 2000s and particularly after the 2008 global financial crisis. This rate was above 8 percent at large for the 1980s, above 6 percent generally for the 1990s, and above 4 percent prior to the 2008 global financial crisis. Now, it stands at around 2.4 percent. It means that while for almost 4 years the Fed has been discussing an increase in the policy interest rate, it has still been in historically low levels.

On the other hand, the Turkish economy is now much stronger than in the 1980s and 1990s. Inflation has been stabilized in the first half of the 2000s after four decades of turbulence. The public debt to GDP ratio has been in its historically low levels for more than a decade. The fiscal discipline of Turkey is enviable for most of the countries in the world. The Turkish banking sector is in a very good shape and rather strong. There is no problem of currency mismatch at large for Turkish corporations, as they have been sitting on a considerable amount of US dollars to hedge themselves for their operations.

With no strong economic reason for the depreciation of the TL, it is rather apparent that this rather swift loss of value is mostly speculative, to say the least. Therefore, under these economic and financial circumstances, one can reasonably expect that the possibility that the TL will gain considerable value is much higher than the other way around.

In fact, it is very hard for the currency to stay where it is now. (Indeed, it decreased sharply from over 3.90 to about 3.70 in just two days.) So, once the speculative wave fades away, then can we see a sharp decline in the TL/US parity. Until where? Well, one can expect first around 3.60s and then 3.30s.

One final word of caution: speculative attacks against the TL could go on until the presidential system referendum, which is expected to be held in April 2017. However, this does not mean that the TL will further lose value against the USD, since it is very hard to keep a currency artificially depreciated for a long time. One can expect that the TL will gain value moderately in the months to come and find its economically viable place after the presidential election.

Also Read
Trump Lost But Trumpism Thrives
We use cookies to optimize your online user experience. To learn about our use of cookies and how you can manage your cookie settings, please see our Privacy Policy. By continuing to use our site you are excepting our use of cookies.Accept Cookies & CloseMore Info