When Lies Become Truths: How Trump’s Rhetoric is Reshaping America for the Worse

Despite the fact that Trump has taken concrete steps in recent days, he has already built a symbolic wall between Americans and migrants and attacked the multiracial, multicultural soul of America. 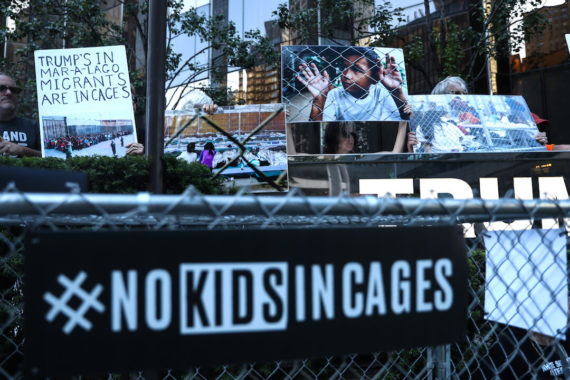 In the first eight months of 2019, at least 529 migrant deaths have been recorded in the Americas. Many of them drowned while seeking asylum. This reality was captured in the heart-breaking photograph, taken in June, of the bodies of Salvadorians Oscar Ramirez and his 23-month-old daughter Valeria Ramirez; their bodies washed up on the bank of the Rio Grande River at the US-Mexico border. The photograph was aired on TV, spreading quickly on social media. The image of Ramirez and his daughter provoked debate about immigration, but even this shocking picture could not change President Donald Trump’s intolerant anti-migrant attitudes and policies, but rather the power of his oppressive rhetoric has intensified and paved the way for mistreatment of refugees and migrants, including separating families and locking up migrant children at the border. He has also been criticized for inspiring the rise in white-supremacist violence.

In the lead up to the upcoming 2020 US presidential election, Democrats have blamed President Trump, claiming his migration clampdown made deaths more likely, Trump however, has offloaded the blame on the Democrats, who he said were hindering his government’s attempts at closing “loopholes” in US law that encourage migrants to apply for asylum in the country. The issue of immigration, has seemingly become a political football and the president is 1-0 ahead in shifting the social and political landscape of the United States. Ever since Trump first announced his candidacy for the president of the United States in 2015, he has been in the headlines regarding his offensive views towards migrants. On May 16, 2018, for example, Trump referred to undocumented migrants as “animals”. Sometime later, on January 11, 2019, Trump used the term “shithole” countries, referring to migrants from Haiti and other African countries. He denied having said this. While these words were met with some negative reactions, they did not cause a political crisis. Of course, an imbalance of power between Haiti and the US was a factor for this.

The president also promised the deportation of “millions” of undocumented migrants in early June. On July 12, Trump announced that potentially 2,000 undocumented migrants would be held in Immigration and Customs Enforcement (ICE) detention over the weekend. He declared to reporters that “the ICE raids were very successful”. Later, on July 26, the president of the US was handed a victory on his major commitment — building a long wall on the US-Mexico border —  as the US Supreme Court approved the use of $2.5B in military funding for the purposes of wall construction. Despite the fact that Trump has taken concrete steps in recent days, he has already built a symbolic wall between Americans and migrants and attacked the multiracial, multicultural soul of America.

Since the beginning, the border crossings from Mexico to the US have always been on the top of Trump’s agenda. Prior to his candidacy Announcement Speech on June 16, 2015, he famously blamed Mexico and said: “When Mexico sends its people, they’re not sending their best… they’re bringing drugs. They’re bringing crime. They’re rapists. And some, I assume, are good people.” His words won him supporters and opponents in equal measure. On the one hand he is seen as a ‘straight talker’ on the other his opponents have accused him of being mad, reckless, racist and xenophobic.

In his Super Tuesday victory speech on March 1, 2016, Trump announced his “wall” project between the United States and Mexico in an attempt to prevent “illegal” migration: “We are going to have a wall. … I watched the ex-president of Mexico, the arrogance of this man. And I get along great with Hispanics. You saw in Nevada, I won in the poll, the Hispanic vote. I have thousands of people that work for me right now that are Hispanic. … These are great people.” From a social perspective of discourse, text reflects social and cultural biases against immigration, against migrants’ involvement in the economy, politics and daily life in the United States. Trump mentioned his electoral victories where Latin American people live. He has named his Latin American supporters as great people, but there is no mention of Mexican migrants. Hence, he has tried to legitimize his discrimination with an unclear example.

Othering migrants for politics: the symbolic power of language

President Trump has represented some ethnic and religious communities in a divisive and derogatory way. Muslims and Mexicans in the United States have been the main focus of his speeches. In response, while some people have stood with and praised him as a real American patriot, others including cultural icons such as George Clooney and Jimmy Kimmel, have spoken out against Trump’s racist and xenophobic rhetoric. With the “wall” rhetoric, Trump has already constructed a sharp “symbolic wall” between the United States and Mexico, Americans and Mexicans. Because, a wall between two countries generally reminds people of hostility. For instance, the wall between Israel and Palestine or the Berlin Wall.

The inflexibility of Trump’s discourse on migrants for almost five years is neither arbitrary nor a coincidence. Language has always been instrumental in politics. As Jean-Paul Sartre says ”words are loaded pistols”. From a political communication perspective, one of the easiest ways to gather people—even common enemies—under a single roof is by using divisive language. Sartre’s metaphor is apt with reference to the symbolic power of language at the basic level.

More comprehensively, as Pierre Bourdieu once said political power is closely related to the theme of language and symbolic power. Thus, politics achieves its ideological effects by exploiting the possibilities contained in language. In other words, holders of political power can legitimize their policies–even those that may be absurd to the public–by using the power of language. In this case, to create a group of unwelcome, wicked, troublemaker ‘others’. This way of describing migrants can even lead people to forget the fact that migrants are human beings.

Through the production of slogans and commentaries of various kinds, agents in the political field are continuously engaged in a labour of representation by which they seek to construct and impose a particular vision of the social world. From this point of view, words are vital for politicians. Every political speech may provide a field of study to examine the relationship between language, social position and symbolic values in the dynamics of power relations. However, a president’s message differs from others in terms of its openness to risk, assertiveness, construction of a political identity and re-positioning of social relations. In that sense, the US President Donald Trump has monopolized the media spotlight because of his political discourse on ethnic and religious communities since the beginning of his electoral campaign in 2015.

On the other hand, the political atmosphere of this era itself may be considered a protective agent to normalize Trump’s discourse. In other words, an unusual and irrational understanding of politics may legitimize his discourse and vice versa. This ‘post-truth’ politics may be defined as a new political culture in which debate is framed largely by appeals to emotion rather than factual policies. There has to be an explanation as to why President Trump is willing to spend billions of dollars to build a wall in the age of globalization—because it works. Not the wall itself but the discourse against migrants.

Trump does not need a border to build a wall. Chants of “Send her back!” by Trump supporters against Ilhan Omar show that he has already put up walls in people’s minds and hearts. In the short term, the President’s anti-migrant discourse may make him have the edge for a while, but it may make the country lose in the long term. It is not difficult to see that how the anti-migrant discourse has easily turned into hate speech. The El Paso mass shooting on August 4, that left 22 people dead and 24 injured, may be a sign of what US soil will be facing in the upcoming days. Just minutes before the attack, a hate-filled message appeared on the Internet. The manifesto potentially linked to the El Paso killings states that “this attack is a response to the Hispanic invasion of Texas”. 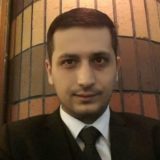