Who are the Gülenists?

The former congregation and the current Gülenists (FETO members) buried its secretive facet into the cold waters of politics, while shedding its mystical facet by becoming a social phenomenon. 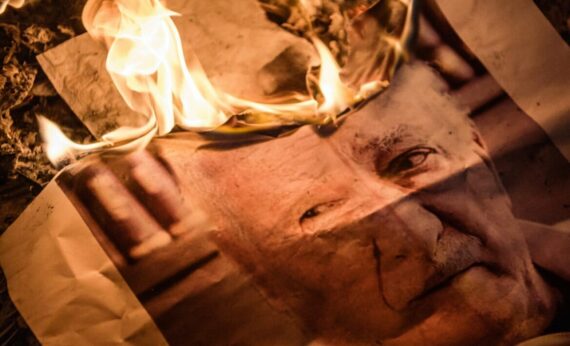 Being a dervish is a crown of dignity, a mark of untarnished morality. Sufism offers nothing but modesty. Modesty is centered around the humbleness of astaghfirullah (may the Almighty forgive me). Despite Yunus Emre’s saying, whilst having so many possessions troubles of the heart won’t go away, the former congregation and the current Gülenists (FETO members) buried its secretive facet into the cold waters of politics, while shedding its mystical facet by becoming a social phenomenon.

They overlook the fact that everyone has the ability to think, but only a fraction has the ability to reason. Those who have a mind that learns the moral of the story will have a falling out with the people. They don’t feel the need to ask where the vessel they’re on is bound to; they don’t pay any attention to the fact that those who’ve asked never boarded the vessel. They don’t care about whom the true reigns belong to. They never think that some stations don’t and won’t accept dominance. The Gülenists aspire to everything, yet they never take responsibility for what they aspire to.

They make a mountain out of a molehill and an ocean out of a drop. They act in accordance with the expression keep your friends close and your enemies closer. They seek for a road in a road-forsaken land. They laugh at the renowned couplet Our own water and bread crumb is better than worldly possession / Our own corner in a ruin is better than a stranger’s mansion. They turn a deaf ear to the saying to know another, one should know oneself.

Being others, they never find a chance to be themselves. They submit their yokes to another’s hand. When malevolence becomes concentrated, it leaves no room for benevolence. Consequently, Gülenists turn into storeowners that drop the price towards the sunset. Whichever order addresses your malice, that is your order; whichever disposition humors you, that is your disposition is the expression they embody. Order is replaced by disposition. They never put their cards on the table. They wear a different face while talking to each individual or to each group. They try to manage all facets simultaneously. Hypocrisy is their keyword.

They are the incarnation of Voltaire’s saying “duplicity is the virtue of the cowardly”. While building the metaphysics of imposture, they establish friendly relations on toxication and intoxication. Their revenues never meet their expenditure. They sow wheat, but reap the straw. They transform everything to anything. As they don’t abstain from acting both like believers and deniers, what they spell out is neither a word, nor carries any meaning. They don’t believe that lifestyle determines the thought and that the thought determines the lifestyle. They trade the truth for a figment and the figment for the truth. They ravage the virtue of wisdom. They fulfill the saying nothing makes a fish bigger than almost being caught.

Thoughts and actions don’t guide their words. Gülenists know politics by heart. They use Islam for negotiation. Moreover, they sow the seeds of infidelity in the soil of Islam. They spread a word and then try to gather them from others. They never think that all they hold dear will crumble when they distribute the concept of justice to their own members. They embrace the saying may eyes that cry for others be blinded. They turn a blind eye to the fact that there is no greater recommendation than merit. They never want to remember that the world turns because of justice and that those who don’t comply with justice will pay the price when the righteous wrath of the Almighty is incurred.

They don’t want to be reminded that the unjust will be brought to justice by being given a punishment on par with the injustice they have caused, thus everyone will get their just dues. Gülenists act in a way that enables the downfall of the state just to depose those who they perceive as opposition. While they should be the last in a line of succession, they try to be the first. They create such an image of the country that allows foreign inspection and supervision. They render the sphere of congregations and religious orders unreliable and incredible. It is the story of a crumbling ideal. Words and promises lose their value. Every confession becomes a deceit. The sayings of Walter Benjamin and Dostoyevsky, “there is no document of civilization which is not at the same time a document of barbarism” and “have you noticed that it is the most civilized gentlemen who have been the subtlest slaughterers” respectively, are once again confirmed.

Even though the tail always wants to wag the dog in every era, the fire of sedition will have to be extinguished with the water that has tempered the sword of politics. The state demonstrates that its power is something to be reckoned with; “a ferocious murderer could be sentenced by a cowardly judge and hanged by a Romani.” Hence, it’s revealed that what is assumed as a power is the very weakness itself; once again, it is once again realized that those who overreach their position will be doomed to annihilation. It is reiterated that the traditions of an adolescent congregation can never destroy the millennia-old tradition of the state and the ties to the state can never be encompassed by ties to a faction.

It will be seen that the state isn’t a sword that could be wielded by any singular faction. It will be inscribed into history that the future of those movements which don’t use Turkey as a yardstick is non-existent. It will be reminded to all around which center the system revolves. It will be once again demonstrated that peace will be maintained by preparing for war and distinguishing those who are wolves in sheep’s clothing. Let’s end it all with a couplet by Müstakimzâde: “A stranger wouldn’t know the savor of a conversation with the beloved/Would one converse with another if their beloved was truly loved”.