Who Has the Right to Make a Constitution?

Notwithstanding the significance of debates around the content and the wording of a constitution the question of who has the right to make a constitution is usually insufficiently addressed. 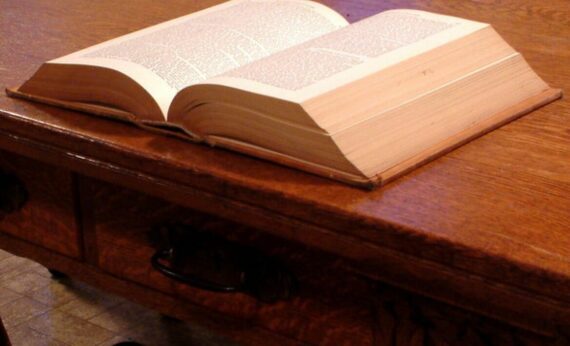 From a societal perspective, a constitution is a multidimensional phenomenon. According to Kenneth Wheare, a distinguished authority on constitutions, there are two main attitudes about constitutions. According to the first a constitution is primarily and almost exclusively a legal document in which there is only place for legal rules and practically for nothing else. Yet, for those who favour the second attitude a constitution is a sort of manifesto, a confession of faith, a statement of ideals, a “charter of the land”. Essentially, a constitution is the basis for the organization of a state. And in turn state institutions provide for the society the necessary mechanism to exercise political, administrative, and judicial powers in order to ensure law and order. Also, it is through this mechanism that individual rights and duties are established and the economic activities are regulated and promoted.

Although currently the Turkish case is, quite understandably, at the centre of the debates in Turkey, this country is not alone in its quest for a new constitution. Writing a constitution is an important part of many peace-making and democratic transition processes. Newly founded independent states new regimes and countries in transition to democracy that seek democratic credentials put constitution-making at the top of their list of priorities. With its long-standing democracy Turkey is still ruled by the 1982 Constitution which has been designed by military forces instead of democratic processes. The constitution was a by-product of 1980 coup d’etat and lacks the civilian and democratic spirit. The 1982 Constitution aimed to deepen the military tutelage system that has been originally established by the 1960 Constitution which was put into effect after the 1960 military coup det’at. Several amendments has been made by on the 1982 Constitution by civilian governments since it came in effect to eliminate  not only the undemocratic but also anti-democratic features of the constitution. Yet, the undemocratic spirit is so deeply ingrained in this constitution that amendments fall short of finding a definitive solution. Shortly after the time it came into force, there have always been hot debates around this constitution and demands have been voiced by diverse social groups to produce a new and civilian one carrying the spirit.

Beyond the Text: the Question of Agency

Notwithstanding the significance of debates around the content and the wording of a constitution the question of who has the right to make a constitution is usually insufficiently addressed. Thomas Jefferson, the principle author of the American declaration of Independence, wrote in a sent letter to James Madison and dated 6 September 1789 that “no society can make a perpetual constitution, or even a perpetual law. The earth belongs always to the living generation. They may manage it then, and what proceeds from it, as they please, during their usufruct.” Jefferson basically refers to the fact that not only each generation should be able to choose the laws under which it is governed, but also the power of repeal is in no way equal to the power to choose a new one. The principle of popular sovereignty and the unalienable right of the people to participate in public affairs require the promotion of popular participation in constitution-making. That is to say in democratic systems the ultimate right to participate in the making of a constitution rests with popular classes of the society.

Political elites inevitably play a major role in making decisions about how to structure a new constitution. However, there is now an established trend to build into the process broad participatory mechanisms in order to avoid a constitution that simply divides the spoils among competing factions, and to improve the chances of the new constitution enjoying a high degree of popular legitimacy. In the ever-changing world, therefore, the forms of public participation now go beyond just voting for constitutional representatives or in a referendum. Instead, they include civic education and media campaigns, public consultation (on how to manage the process as well as on the substance of the constitution), national dialogue, and other creative means. Recep Tayyip Erdoğan, President of Turkey, expressed in a speech in last January that the constitution making process should include public participation via workshops and search conferences.

Notwithstanding the significance of debates around the content and the wording of a constitution the question of who has the right to make a constitution is usually insufficiently addressed.

Public participation is often taken to mean voting—for example, electing a constitutional convention or ratifying a constitutional text by referendum. Especially in developing nations in Africa and elsewhere, however, there are experimental attempts to place the initiative in the hands of citizens and to create an open constitutional conversation in which the public partakes in agenda-setting, content writing and ratification processes.

The methods of constitution-making have changed over time. In absolute monarchies the monarch alone enjoys the monopoly to decide for a constitution. or else, many constitutions were imposed on a vanquished or colonized people (for example, in Western imperial systems—the MacArthur constitution in Japan after World War II, and to a lesser extent in Post-War Germany and in colonies once they gained their independence). From mid- twentieth century onwards democratic processes of constitution-making became the norm in which the principal responsibility has been assigned to a parliament or to a constituent assembly. Since the last quarter of that century, the emphasis has shifted to the active and qualified popular participation—whether as individuals, social organizations, or communities.

In order to successfully repeal the 1982 Constitution and to make a new civilian and democratic one in Turkey, all democratic actors must, as a prerequisite, acknowledge  popular right to make a constitution and to partake in the entire process. Especially the political parties represented in the parliament should spend the greatest effort to ensure the popular participation in the constitution-making process and to produce a constitution that reflects the popular will and meet popular demands.

Turkey in Search of a New ConstitutiondemocracymilitaryTurkey Military Coup

Murat Tumay is a Professor of Constitutional and Human Rights Law at Istanbul Medeniyet University, Faculty of Law.