Having aligned their security interest with Israel, Arab states will now find it extremely difficult to disentangle themselves from the many hostile and belligerent operations of the Zionist state. 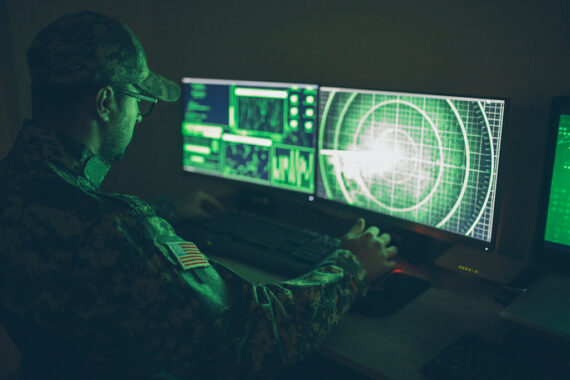 A major reorganisation of US military operation in the Middle East was announced last month in a momentous decision reflecting the seismic geo-political shifts underway in the region. The move, the last of many gifts granted by Washington to Tel-Aviv under former President Donald Trump, saw Israel’s inclusion inside Central Command (CENTCOM). The decision means that for the first time in history the Zionist state will co-ordinate military operations alongside its Arab neighbours inside what is considered the most important US command unit in the world.

CENTCOM-an Arab NATO if you like- is one of eleven unified combatant command units within the United States Department of Defence that have been installed to combat threats. For critics however, the role of such command units is the preservation of US hegemony around the world. Spanning every region of the globe, together they coordinate American led military operations. Member states within a specific command unit carry out a range of operations including combined military exercises, offer security assistance and share information.

Israel until now was part of US military’s European command, EUCOM.  The rationale for this strategic gerrymander was over concerns that with Arab states not recognising the state of Israel, they would be reluctant to co-operate fully if Central Command officers were in regular contact sharing sensitive information with counterparts in the occupation state. The recent normalisation of relations between Israel and a number of Arab regimes however has calmed these concerns and opened a path to major geo-political shifts.

Announcing the new military arrangement, the US Department of Defence said: “in a sign of the changing political environment in the Middle East, the United States military will move Israel from the U.S. European Command’s area of responsibility to that of the U.S. Central Command.”

It mentioned that the “easing of tensions between Israel and its Arab neighbours subsequent to the Abraham Accords has provided a strategic opportunity for the United States to align key partners against shared threats in the Middle East.”

Since its inception, CENTCOM spearheaded every major US military intervention overseas including the two Gulf wars and in recent years the war on terror.

Set up in 1983 by the administration of Ronald Reagan, CENTCOM was added to Washington’s ever-increasing command units around the world, with responsibility for co-ordinating all US military CENTCOM in the Middle East as well as Central Asia and parts of South Asia.

Since its inception, CENTCOM spearheaded every major US military intervention overseas including the two Gulf wars and in recent years the war on terror. The Command unit coordinates operations stretching from Egypt, Saudi Arabia, and Yemen in the West to Kazakhstan, Kyrgystan, Tajikistan, and Pakistan in the East. The easternmost reaches of this combatant area butt up against India, China, and Russia.

The advent of CENTCOM’s early version however is traced back to former US President Jimmy Carter’s State of the Union address in January 1980, which subsequently came to be referred to as the “Carter Doctrine.” Responding to the Soviet Union’s intervention in Afghanistan in 1979 President Carter proclaimed: “any outside force to gain control of the Persian Gulf region will be regarded as an assault on the vital interests of the United States of America, and such an assault will be repelled by any means necessary, including military force”.The Rapid Deployment Joint Task Force marked the first formal commitment to the Carter Doctrine followed by CENTCOM’s succession three years later.

Pro-Israel groups that for years called on the Pentagon to include Israel within CENTCOM have welcomed the move. The Washington Institute for Near East for instance, which works to align US foreign policy with Tel-Aviv, said that Israel’s inclusion in Eucom was a “mismatch with the existing organizational boundaries.”

The pro-Israel group argued that the new arrangement would help CENTCOM respond to “common threats in a comprehensive manner”. Another influential pro-Israel lobby group, The American Israeli Public Affairs Committee (AIPAC) also welcomed the decision. “Moving Israel to @CENTCOM marks an important recognition by the Pentagon that Israel is truly a part of the Middle East” tweeted AIPAC. “As the U.S., Israel and our Arab allies confront a dangerous Iran, this move will strengthen the growing cooperation among our regional partners.”

Military normalisation has now been added to the political, diplomatic and economic normalisation with the biggest strategic gain for Israel.

Up till now Israel’s ongoing occupation of Palestine and its many human rights abuses hindered its formal inclusion within CENTCOM. This shift marks the culmination of the ongoing process of normalisation between the Zionist state and its Arab neighbours. Military normalisation has now been added to the political, diplomatic and economic normalisation with the biggest strategic gain for Israel. Moving Israel into Central Command’s area of responsibility will facilitate military cooperation in the confrontation with the Zionist states’ biggest foe, Iran.

On its website, deterring the Islamic Republic is listed by CENTCOM as its number one priority followed by supporting a political resolution in Afghanistan; “maintaining Defeat-ISIS Campaign in Syria and Iraq;” “Countering the UAS Threat” and “Weaponization of Internally Displaced Persons (IDPs) and Refugees.”

Given CENTCOM’s list of priorities, Israel’s inclusion in the command unit was the obvious next step following last year’s normalisation with the UAE and several other Arab states, especially as such cooperation existed unofficially. Tel-Aviv is said to have coordinated attacks on Iranian targets with CENTCOM, especially in the final year of the Trump administration when there was an escalation of hostilities with Tehran. Israeli intel, for instance  helped the US assassinate the head of the Quds Force, Gen. Qassem Soleimani last year in Baghdad airport.

Israel was also accused by Tehran of killing Iran’s top nuclear scientist Mohsen Fakhrizadeh. The head of Iran’s Organisation of Defensive Innovation and Research (SPND), was targeted by an explosion and machine gun in December. In all likelihood such operations would have involved some form of co-operation with CENTCOM.

While it’s too early to say if Israel’s in-corporation into the command unit will increase the likelihood of hostile military operation, the shift as Benny Gantz, the Israeli defense minister said “will further boost cooperation between the IDF and the US Armed Forces in confronting regional challenges, along with other friends with whom we share interests.”

It signals a stronger desire to create a united front against Iran and, with the support of the Sunni block of countries, a willingness to take a tougher position against the Islamic Republic and its allies in the region.

As for the question of Palestine, with the Arab states now integrated with Israel militarily, there will be no incentive for Tel-Aviv to abide by international norms and grant Palestinians their right to statehood. For decades Arab leaders have insisted that the price of full normalisation with Israel and its integration into the Middle East was its withdrawal from the occupied territories and the creation of a Palestinian state.

Read: How the US and Israel are Trying to Bring Iran to its Knees

There is of course the potential that this could end in tears for the Arab countries. What would happen if their relation with Israel were to deteriorate or fail completely? This by no means is an unlikely scenario in the shifting sands of Middle Eastern politics.

Though the Palestinian issue may not be high on the agenda of the regions many unelected leaders and absolute monarch, Israel’s ongoing occupation and human rights abuse has the potential to deeply sour relations under a new geopolitical reality. It’s worth remembering that the most influential Gulf Arab state, Saudi Arabia, has yet to normalize relations with the Zionist state.

One thing is certain. Having aligned their security interest with Israel, Arab states will now find it extremely difficult to disentangle themselves from the many hostile and belligerent operations of the Zionist state, thus exposing themselves to blowbacks from US and Israeli military adventurism.

VIDEO: What does CENTCOM do?

Nasim Ahmed is a political analyst. He publishes articles on a daily basis with the London based Middle East Monitor (MEMO) focusing in particular on Israel and Palestine and the Gulf region. He also hosts a regular show interviewing prominent authors and academics on topics related to the Middle East.