Why did Voting Behavior Change in Istanbul?

Why did a significant number of the Istanbul electorate change their voting preference in just 84 days? Is this change in voting behavior related to a long-lasting social and political transformation in Turkish society? 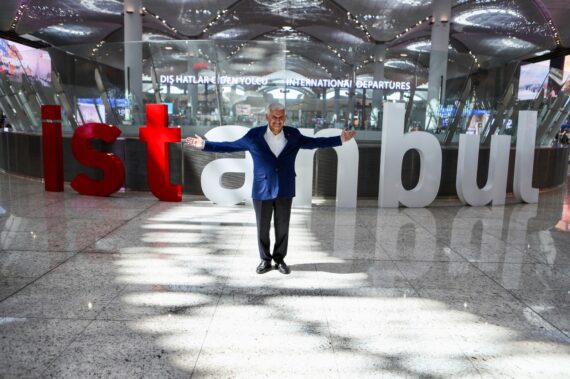 The results of the Istanbul elections is still being discussed in Turkey. The clear-cut victory of Ekrem Imamoglu over Binali Yildirim has raised questions on the transformation of voting behavior. Why did a significant number of the Istanbul electorate change their voting preference in just 84 days? Is this change in voting behavior related to a long-lasting social and political transformation in Turkish society? Even though it is not an easy task answering these questions, there are some eye-catching issues that are crucial to find a satisfying answer.

The first critical point is related to the transformation of the profile of the electorate in the last decade. Contrary to a common myth implying that the number of young voters is increasing in Turkey, their number showed a decrease in the last decade. While the ratio of young people between the ages 15-29 consisted of 26.79 percent of the whole population in 2007, this ratio decreased to 24,34 percent in 2015. In parallel to this information, the ratio of young voters is also showing a slight decrease. Thus, it is obvious that the argument on rejuvenation does not explain the reason behind the change of voting behavior.

Contrary to a common myth, the number of young voters in Turkey showed a decrease in the last decade.

Nonetheless, a second more prominent point explains more about the change of voting behavior, especially in regards to the Istanbul elections. This point is the reaction that the electorate gave against the renewal of elections in Istanbul. The Turkish electorate has always been critical against the renewal of elections and the idea of snap elections. However, the ongoing dynamics in political, economic, and social affairs determine the way of reactions. For instance, in 2002, the electorate showed a noticeable reaction against existing political actors because of the ongoing economic crisis. During November 2015, the electorate favored the ruling party in the renewed elections in order to avoid uncertainty arising from political and economic instability, the future of the Kurdish question, and the war in Syria.

When it comes to the Istanbul elections, it is possible to say that the electorate was not convinced about the reason why the elections were canceled in the first place. Therefore, they reacted against the AK Party candidate, Binali Yildirim. Thus, rather than a long-lasting dissatisfaction with the government, the results of the election is substantially related to the post-March 31 period, along with pre-electoral alliances.

The electorate was not convinced of the reason why the elections were canceled, and they reacted against the AK Party.

The reaction given by the 220,000 AK Party supporters who voted for Binali Yildirim on March 31 and who did not vote for him on June 24 should therefore be evaluated within this framework. A certain number of the electorate did not accept the rationality behind the renewal of the Istanbul elections – although it was legally explained.

All political parties will most probably take all issues into consideration when discussing the change of voting behavior in Turkey. It is obvious that there is a need for further studies based on empirical data in order to understand the in-depth reasons behind this issue. It is crucial to understand whether there had been a long-lasting shift in voting behavior of whether the specific conditions of the Istanbul elections created a short-term change in the electorate. Even if the second option is more valid under these circumstances, all political parties need to take necessary measures in order to prepare for the first option.