Unlike other countries that experienced violence and instability during the wave of the Arab uprisings, Morocco has achieved relative stability. However, deteriorating economic conditions, the democratic demands of the youth and ethnic discrimination have contributed to widespread dissatisfaction among Moroccans against their long-standing regime. 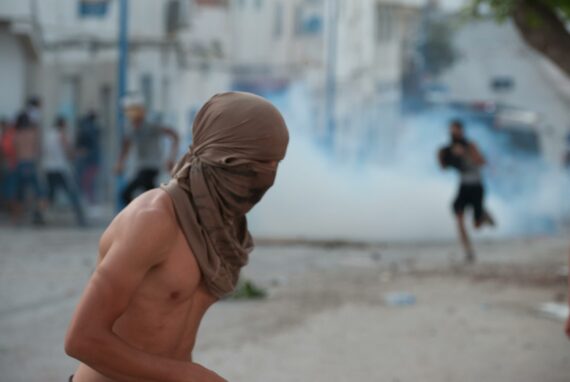 The Arab uprisings, which began in 2010, brought serious challenges to almost all countries in the Middle East. Morocco is not an exception. The country has continuously witnessed widespread protests during the past seven years. With the momentum of region-wide unrest, the first wave of protests in Morocco took place in 2011. In this case, Mohammed VI was quick to control the situation with various reforms that he introduced. However, in the following years, poor economic conditions and the increase of democratic demands in the country caused further dissatisfaction within Morocco’s youth.

The dissatisfaction can also be observed in the new wave of protests that began in October 2016 and which lasted until the summer of 2017. Following the footage of a fisherman being crushed in a garbage container in the town of Al-Hoceima in the northern region of Rig, which is predominantly Berber (Amazigh)-populated, hundreds of thousands of people participated in street demonstrations in many cities across the country. Demonstrators have called for the government to introduce reforms in order to solve economic problems, end social injustice and bring more democratic rights.

Since January 2018, the city of Jarada has also been experiencing a similar wave of protest. Jarada is famous for its coalmines and the city’s economy has been dependent on these mining activities since the 1930s. The government’s decision to close down coalmines in 2001 was a turning point for the residents of the city. Increasing unemployment, which came as a result of this decision, forced former mine workers to illegally extract coal in irregular mines. This evidently brought about a new problem. Since 2001, the number of miners who died in irregular mines has gradually been increasing, which has in parallel, caused widespread anger against the regime. The death of two brothers working on an irregular mine in December 2017 ignited widespread protests in Jarada. The protesters demanded the government to solve the socio-economic problems of the city.

While protesters in Morocco have been focusing on democratic and economic issues, the ethnic dimension also requires special attention. Berbers – who constitute half of Morocco’s population – have long been complaining about discrimination and negligence by the regime of King Mohammad VI. They claimed that the administration in Rabat has intentionally tried to damage Berber identity and have focused on Arabization policies since the early years of independence. Although the demands of this ethnic group were voiced during the 2011 protests, which eventually led to the regime accepting Berber language as one of the official languages of the country, the group has continued to raise its voice against ethnic discrimination.

A recent example of this was experienced in the city of Agadir. The decision made by the City Council of Agadir to replace all the street names in the city with the names of cities in Palestine has attracted heavy criticism from the Berbers who have been living in the city for centuries. While the municipal authorities claimed that the decision to-rename the streets in this way was an aim to show solidarity with the Palestinian cause, the Berbers argued that this act was within the context of the regime’s Arabization policy. Berbers in the city stated that they also support the Palestinian cause. However, at the same time argued that damaging the cultural identity of the city of Agadir could not be accepted.

The recent protests that have occurred in the country can also be evaluated from an ethnic and economic context. The main reason for these demonstrations are the jailing of the leaders of the Rif protests that took place between October 2016 and the summer of 2017. During those protests, the Berbers utilized more aggressive means in expressing their demands to the King Mohammad VI regime. In response, they faced a tough reaction from the government and a number of protesters were detained. As the majority of these detainees were Berbers, the group continued to voice their anger against the government.

The decision to jail Rif protest leader Nasser Zafzafi and 39 other protesters to 20 years in prison brought a new wave of demonstrations throughout the country. Demonstrators gathered in many cities, especially in the capital Rabat, and demanded the cancellation of these prison sentences. In addition to the Berbers, left-wing opposition groups, human rights activities, and the banned Islamic political party – El-Adl and Ihsan, also participated in the demonstrations.

Unlike other countries that experienced violence and instability during the wave of the Arab uprisings, Morocco has achieved relative stability. However, deteriorating economic conditions, the democratic demands of the youth and ethnic discrimination have contributed to widespread dissatisfaction among Moroccans against their long-standing regime. This has thus accelerated the process of establishing a wider opposition bloc, which includes different segments of society including Berbers, socialists, unemployed youth and Islamic movements. Therefore, it is possible to argue that the anti-regime alliance in Morocco will further expand in the upcoming period.