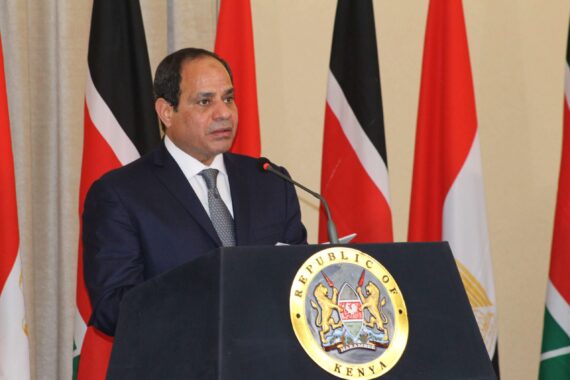 The six years long oppressive regime of Abdel Fattah Al-Sisi did little to prevent the growing opposition in Egypt. The country has witnessed increasing opposition towards the regime that was established in the aftermath of the July 3, 2013, military coup. Domestically, various social and political groups as well as the general public have increasingly been dissatisfied with the policies of the Sisi regime. A similar observation can be made for the perception of the Sisi regime among the international community. Major research institutions and news outlets claim that under the Sisi regime, Egypt is going towards a major breakdown that could affect not only the region, but wider geographies, including Europe.

There are two major reasons for the increasing discontent towards the Sisi regime. First, Egyptians and the international community believe that the Sisi regime is moving country to a more authoritarian stance. This is in total contradiction with what the revolutionaries of 2011 had hoped for when they managed to topple the three-decade long dictator, Hosni Mubarak. In the aftermath of the revolution, the Muslim Brotherhood leadership made a number of attempts to strengthen the democratic nature of the Egyptian state. However, the July 3 coup led by Sisi ended this short experience of democracy. Since then, the Sisi regime has been distancing Egypt from democracy and this is something that the revolutionaries would continue to stand up against.

Egyptians and the international community believe that the Sisi regime is moving country to a more authoritarian stance.

The second reason for this increasing discontent is the mismanagement of the Sisi regime. This can be observed in various fields such as the economy, security, social policy, the rule of law and foreign policy. Mistakes and wrong choices made by the Sisi regime in these fields have already caused a huge burden on Egyptians and will continue to bring additional problems in the short-term. It is widely believed in Egypt that if such policies continue to be implemented by the Sisi regime, the country will suffer both domestically and externally. This has created a political environment in which although there has been heavy pressure on the opposition, it has still achieved to stay alive.

Opposition towards the Sisi regime is not only limited with the Muslim Brotherhood organization, which suffered the most brutal crackdown in the country’s modern history. Other social forces that have different ideologies to the Muslim Brotherhood have also been dissatisfied with the policies of the Sisi regime. Egyptians are seriously disturbed by the loss of the gains made during the 2011 revolution and by the fact that the regime is increasingly becoming a repressive government. For this reason, the anti-Sisi opposition, which was largely led by the Muslim Brotherhood since 2013, has now spread to a wider audience that includes various ideological groups, including liberals, secular people and socialists.

This process is actually a result of a chain of events and policy choices that took place since 2013. In the aftermath of the military coup, the Sisi regime aimed to crash all the opposition that raised voice against the military takeover. Thousands of arrests and violent dispersals of protesters were initial signs of further repression. The Rabaa Massacre, where the Egyptian security forces killed more than a thousand protesters was the most obvious sign proving that the military regime would have no mercy for protesters who oppose the coup. In order to prevent a possible uprising, the Sisi regime gradually increased its pressure on the opposition regardless of their ideologies.

To prevent a possible uprising, the Sisi regime gradually increased its pressure on the opposition regardless of their ideologies.

As a result of the continuation of oppressive policies at home as well as the mismanagement of the country, Sisi has never been considered a reliable statesmen – not only in the eyes of the Egyptian people, but across the Middle East. Human rights violations, unjust court proceedings, arbitrary arrests and wide-spread torture have all caused a deep hatred towards the Sisi regime by millions of Egyptians. Despite developing good relations with regional actors, opening new initiatives in Africa and receiving the support of Western powers, Sisi has become a figure whose leadership skills and motivations are questioned by the masses and whose existence is seen as a problem for the stability of the country.

Human rights violations, unjust court proceedings, arbitrary arrests and wide-spread torture have all caused a deep hatred towards the Sisi regime by millions of Egyptians.

Finally, it can be observed that Sisi has lost the confidence of the Egyptian people. The Egyptian people no longer consider the Sisi regime as a government that can make democratic reforms, advance economic conditions, reduce poverty, bring political stability and achieve social integrity. It is also believed that the continuation of human rights violations, economic hardships and political instability will force the Sisi regime to re-consider its existence.

While relying heavily on the support of global powers, particularly from the U.S. and Israel, the Sisi regime does not take into account the fact that there is a deepening anger towards the administration domestically. The continuation of this trend may cause problems for Cairo that will have serious consequences with a devastating impact. The future of the Sisi regime is dependent on whether it will begin to address these issues and how Cairo will respond to domestic problems.