Although Turkey’s cross-border military operations against ISIS (Daesh) and the PKK terror groups are not unexpected, their changing nature is. 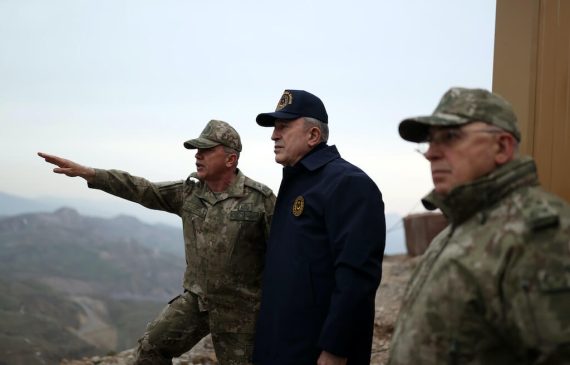 Turkey’s Ministry of National Defence announced the launch of a new cross-border military operation called “Operation Claw-Lock” against the PKK in northern Iraq on April 18. The official objective of the operation is ensuring the border security of Turkey and destroying the PKK targets located in Metina, Zap, and Avashin-Basyan in northern Iraq. The Ministry of National Defence also emphasized that the operation aims to thwart wide-scale attacks planned by the PKK against Turkey.

The Turkish Armed Forces (TAF) have a long track record of undertaking cross-border operations against the PKK, insofar as the diplomatic environment and Turkey’s own resources permit. Hence, the ongoing military operation is not a novelty. The PKK has enjoyed safe havens in certain pockets of northern Iraq such as the Qandil Mountains and has used them as a springboard to undertake attacks in Turkey.

However, undertaking cross-border operations against the PKK targets in northern Iraq is a difficult and challenging military venture. Some of the challenges Ankara faces are the protests by Baghdad and the Kurdish Regional Government (KRG), restrictions on necessary military hardware by NATO allies, the geographic depth and height of the PKK hideouts, and the proximity of the Qandil Mountains to the Iranian border.

Read: The EU and the PKK: Hypocrisy and Double-Standards at Large

The Operation Claw series aims to carve out a “security belt” parallel to the Turkish-Iraqi border southwards in order to deny the PKK the capacity to operate, organize, train, recruit, and attack within and from the predicted security belt. This security belt is a result of years-long bitter experiences in countering the PKK threat.

Despite countless air campaigns coupled with ground offensives both within and across the Turkish border, the PKK succeeded in maintaining its presence and organizational capacity in northern Iraq. This enabled it to carry out attacks against Turkish security personnel, outposts, and civilians within Turkey.

The compulsorily limited nature—both temporal and spatial—of the past cross-border operations provided the PKK with the manoeuvring space to bounce back even after devastating air and ground offensives by the TAF. Part of the solution was establishing and maintaining a semi-permanent military presence in the area of operation following the air and ground offensives, which is now one of the main components of the Operation Claw series.

However, this concept could only be viable through constant surveillance and suppression of the foe from the air, ensured by the widespread and effective use of Turkey’s indigenous armed and unarmed drones.

Turkey’s indigenous drones are an inseparable part of Turkey’s new operational and strategic capacity in its fight against terrorism and ensuring its border security, especially in the post-July 15, 2016 period. So much so that Turkey’s embrace of “leadership decapitation” in its fight against the PKK and its pre-emptive cross-border operations—including stabilization and consolidation—to ensure its border security would not be possible without the current drone capacity.

Drones provided around-the-clock capacity for constant surveillance and targeting of the PKK’s leading figures, movements, logistics, and static assets even outside the scope of the Operation Claw series. In a way, drones do the heavy lifting in the detection and disruption of terror targets, the leftovers of which are swept up by commando units. Drone capacity, leadership decapitation, and pre-emptive cross-border operations for border security, all complemented each other and created a constructive synergy in the post-2016 period.

The KRG and energy geopolitics

Although Operation Claw-Lock is an extension of the Operation Claw series, it comes to the fore with its unique geopolitical mission and function beyond Turkey’s national and border security. Operation Claw-Lock was launched against the backdrop of heightened tension between the Kurdish Regional Government (KRG) and the PKK: lately, the PKK has been increasingly challenging the authority of the KRG and clashing with it.

So, the KRG has strong incentives to coordinate and cooperate with Ankara in putting pressure on the PKK to weather a strong challenge to its own authority. The meeting of KRG’s Prime Minister Masrour Barzani with President Erdoğan right before the launch of Operation Claw-Lock attests to such coordination and cooperation between Ankara and Erbil.

Apart from consolidating its authority, the KRG has stronger reasons now to eliminate the PKK, which in turn brings it much closer to Ankara. The Russian invasion of Ukraine rendered all non-Russian oil and gas resources extremely valuable for the energy security and market stability of international markets. There is already a universal search for finding alternative resources to Russian oil and gas to fill the gap in energy needs, and every alternative is being seriously tapped.

Read: Kurdish Mothers Resist the PKK and Fight to Get Their Children Back

Algeria, for example, recently raised its profile as a main natural gas supplier of the EU. Likewise, the prospect of transferring the KRG gas to Europe and international markets via Turkey appears quite reasonable under the current international conjuncture. Both Ankara and Erbil have the will to realize this project and their bilateral relations are already in a better place than they were in the aftermath of the KRG’s independence referendum in 2017.

Plus, energy trade and cooperation are no strangers to Ankara and Erbil as there is already an oil pipeline transferring Iraqi oil to Turkey for years. Adding a natural gas pipeline to the existing cooperation is not a big deal for Ankara and Erbil. However, the stability of the KRG and the elimination of the PKK are prerequisites for the viability and security of such an energy cooperation.

The PKK must be eliminated to the extent that it would not be able to threaten the safety of the pipelines via sabotage attacks. Thus, Operation Claw-Lock aims to pave the way for a more stable environment in northern Iraq by stripping the PKK of the capacity to threaten the energy cooperation, in addition to its existing mandate. 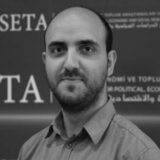