The growing influence of evangelical Zionists is not the only drive for the establishment and solidification of far-right regimes in Latin America. 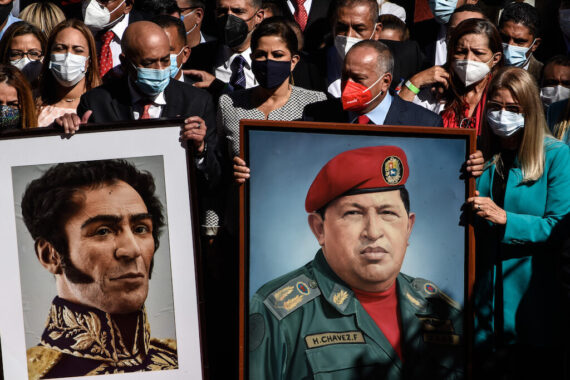 Norberto Bobbio (1909-2004), the erudite Italian philosopher, noted that the distinction between ideological right and left lies “in the different attitudes that both sides automatically assume towards the idea of inequality.”

Latin America is a region with the highest inequality gap – even higher than Sub-Saharan Africa. For instance, in the report by the United Nations Development Programme (UNDP), dated December 2019, the richest 10% in Latin America owns 37% of the total wealth, while the poorest 40% owns a mere 13%.

According to the recipient of the Nobel Prize in Economics Joseph Stiglitz this gap is a legacy of the region’s colonial past. At the same time, history has usually placed corrupt leaders in power.

But how can a place like Latin America with such shameful indicators and a notorious legacy of violence and social turmoil experience a surge in the arrival to power of regimes identified as ultraright? Of regimes whose purpose is to defend the privileges of a small portion of the society at the expense of the majority. It seems that the colonial mentality never really left the Andes.

Slightly more than 13 years ago, in November 2007, at the Ibero-American Summit in Santiago, Chile, the President of Colombia Álvaro Uribe, the icon of the continent’s right-wing politics, was the summit’s black sheep when seen alongside his counterparts from Chile (Michelle Bachelet), Brazil (Lula da Silva), Venezuela (Hugo Chávez), Argentina (Cristina Fernández), Ecuador (Rafael Correa), and a handful of other Latin American presidents from the left.

Today, if a picture at the same summit were to be taken, it would be very different. Even though countries like Argentina and recently Bolivia have seen a comeback to power of leftist leaders, nations like Colombia, Brazil, Honduras, Guatemala, Chile, Uruguay, and Paraguay keep moving towards the right.

In countries like Venezuela, Mexico, and Bolivia, where left governments steer the wheel of their democracies, right-wing supporters are in constant watch for any opportunity to seize power in the next elections.

The right-wing Venezuelan opposition seems confident of the support of the hawkish U.S. establishment and doesn’t even consider that a democratic path to regain power is necessary as several pleas have been made for a U.S. military intervention to overthrow President Nicolás Maduro.

The right-wing Venezuelan opposition seems confident of the support of the hawkish U.S. establishment and doesn’t even consider that a democratic path to regain power is necessary.

According to some thinkers, Latin America is conceptualized as “America’s Backyard.” As the United States’ empire faces increasing challenges as a dominant superpower as a result of the rise of China, Russia, and smaller regional powers in Asia, Africa, and Europe that are stepping up their influence worldwide, Latin America seems to be turning into an “Alamo” of U.S. foreign diplomacy.

Russia, China, and Iran have increased their presence in Latin America, especially through Venezuela, something that undoubtedly gets on Uncle Sam’s nerves. Latin America, it appears, is a strategic position that the U.S. must hold, regardless of the cost. Currently, Colombia, Brazil, Guatemala, and Honduras are unconditional allies of the Republican-led U.S. diplomacy.

Right-wing regimes in Colombia, Brazil, Guatemala, and Honduras have some common values with Republicans in Washington, where the Evangelical voters matter the most. Jair Bolsonaro was elected with nearly 58 million votes as the president of Brazil, the most populous country in Latin America.

Evangelical voters, which constitute 30% of Brazil’s population, support the most radical right-wing parties and proved a goldmine for Bolsonaro’s victory.

Evangelical voters are having an ever-growing influence on Central American countries as well. Forty percent of voters in Guatemala, the most populated country in the subcontinent with more than 17 million people, are evangelical Christians; in Honduras, evangelicals account for 32% of voters, in El Salvador 31%, and in Costa Rica around 25%. El Salvador, one of the countries with higher immigration rates from the Middle East and whose president Nayib Bukele is a descendant of Palestinian immigrants, is very obedient to what Washington dictates.

Evangelical voters are having an ever-growing influence on Central American countries as well. Forty percent of voters in Guatemala, the most populated country in the subcontinent with more than 17 million people, are evangelical Christian.

Bukele, who considers himself “not religious” as he stated once on social media, relied on the evangelical vote to win the presidential elections. Bukele even had close contact with Trump’s evangelical pastors and one of his first visits to a foreign country after his inauguration was to Israel, a time-honored tradition of every U.S. president.

Guatemala’s president, Jimmy Morales, a declared Christian Zionist, moved his country’s embassy in Israel from Tel Aviv to Jerusalem in May 2018. Morales stepped down from the presidency of Guatemala last January 14, 2020, when the elected Alejandro Giammatei, an ultra-conservative politician assumed power after winning the election with 58% of the votes.

But the growing influence of evangelical Zionists is not the only drive for the establishment and solidification of far-right regimes in Latin America. Colombia’s turbulent political past is perpetuated by the current president, Iván Duque, who follows in the tradition of right-wing leaders who claim that “Colombia will become another Venezuela,” if a leftist government is elected.

Even though some voices in the Colombian political spectrum consider Juan Manuel Santos, a former president and a winner of the Nobel Peace Prize, a leftist, he undoubtedly belongs to the traditional establishment.

Gustavo Petro, a former leftist guerrilla fighter in the 1970s and 1980s, lost the 2018 presidential elections by nearly two million votes to a candidate most of the country calls “Uribe’s candidate” – a reference to the controversial former Colombian president Álvaro Uribe, who was known to be a close ally of the U.S. and an advocate of neoliberalism and ultraright politics.

Gustavo Petro, proposing a more liberal agenda in the social, environmental, and economic fronts, will probably run again next year, but his past as a militant of a revolutionary guerrilla scares a big portion of Colombia’s population. This fear is exacerbated by the pro-right media in the country, which depicts him as a “new Chávez” or a “communist thug.” As Colombians have fresh memories from the 50-year-long internal conflict with Marxist guerrillas, this profile is not appealing.

Despite cases like Cuba, with 60 years of resistance against the U.S. sanctions, Venezuela and its more than two-decade-long legacy of Chávez, and the strong growing liberal movements in Chile, Argentina, and Mexico, the shadow of old-fashioned colonialism in new clothes is being cast over the region’s shores and mountains more strongly than ever. Operation Condor seems to have found plenty of loyal allies among the people of Latin America.

Imperial right-wingers have many reasons to keep a tight hold on this part of the world. Latin America, a region with a very strong religious influence, is still overwhelmingly Catholic but with a notable growth of evangelical Zionist movements, which have a conservative mentality on abortion, private property, and gender equality. Cheap labor and high concentration of wealth are common features of the region’s economic scene.

A 600-million-people market, with a biodiversity not found in other parts of the world and an enormous source of water, not to mention the dozens of potential votes that could support the right wing’s interests on the diplomatic stage, are serious reasons for making the effort to keep political and military figures complicit, guaranteeing the survival of the region’s conservative interests. It doesn’t matter if this opposes the population’s general interests.

After all, what do political puppets in Latin America do other than obey their master’s will?

VIDEO: The end of an era for the Latin American left?