Will Merkel’s Depart from the CDU Spark a Debate on the German Political System?

What would be the result in German politics if the head of the executive was elected with a popular vote? Perhaps this question might be on Germany’s future political agenda. 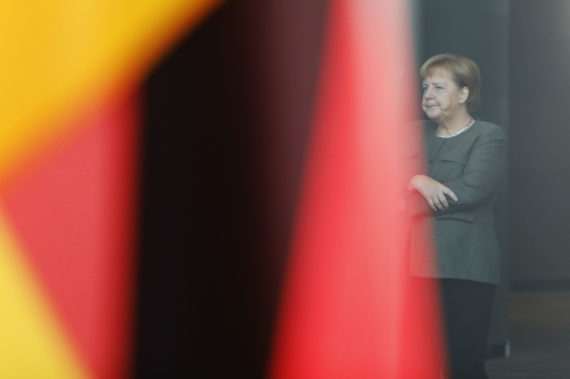 Germany is also a country that has lived through many years of coalition, with either conservative-led or social-democratic-led governments with an additional junior coalition partner. “Grand coalitions” have also been established in the past, in 2005, and this year in March 2018, when Germany’s two largest parties, the CDU/CSU and the SPD came together.

My main emphasis in this piece is that Chancellor Merkel’s recent decision to leave her party’s leadership will affect the country’s ever more complicating parliamentary structure in the long run.

Merkel became her party’s chairperson in 2000 right after her era as the party’s secretary general, during which she challenged the former German Chancellor and her mentor, Helmut Kohl (CDU). In 2005, Merkel defeated the social-democratic Chancellor, Gerhard Schröder while Schröder himself underestimated Merkel during that federal election – consequently it was the end of Schröder’s active political career.

Since then, Merkel has been ruling the country as Chancellor and has simultaneously transformed the Christian Democratic Union (CDU) into a more centrist, European-oriented, and a modern one. In the last 18 years as chair and 13 years as Chancellor, there have been many changes that may be addressed in the upcoming months, and years, following Merkel’s depart from the CDU in early December.

Even though Merkel always stressed the importance of combining the office of the Chancellor with the party’s leadership as a necessary act, she announced her decision to step down from being chair of the CDU. In addition, she added that she will not be a candidate (for the fifth time) during the federal elections in 2021.

I do not want to address in depth the apparent reasons as to why Merkel made such a decision to leave  the party leadership. As is addressed by several authors (I>;II), the decision is mostly based on the party cadres’ continuing pressure against Merkel and her both refugee-friendly policies and the high losses during the recent elections in Bavaria and Hesse. Furthermore, the disappearance of actual conservative politics in Germany and the CDU’s increasing resemblance with left-liberal parties caused an increase of far-right parties, which are ultimately seen as an “alternative” to the conservative and center-right parties such as the CDU/CSU.

However, in my opinion, the main interesting point in the recent developments is the party’s instruments that put pressure on the party leader and Chancellor Merkel. This mechanism is quite normal for a parliamentary system, which is the case in Germany. However, there has not been a broad discussion with regard to Germany’s system of government and the question regarding the election of the executive, there are some contemporary key points that need to be addressed.

Above all, during a time where presidents and certain prime ministers (or Chancellors as in Germany or Austria) are becoming more popular and becoming the main focus of the electorate, the question arises as to whether a German executive might be elected by popular vote as well. For instance, one might ask what would be the outcome if the executive organ would be directly elected by a popular vote, as in the United States, or a closer example, like in the case of France?

While Macron as the head of the executive has a direct connection to French citizens, Merkel has to struggle within her party and make several concessions to achieve a limited goal.

Similarly, Bünyamin Bezci rightly stressed that President Emmanuel Macron, who is also the key actor in France’s pro-European political perspective, has a broader field of executive action in contrast to Chancellor Merkel. While Macron as the head of the executive has a direct connection to French citizens through his popular election legitimacy, Merkel has to struggle within her party and try to make several and sometimes contradictory concessions in order to achieve a certain limited goal.

Furthermore, while according to polls most of Germany’s citizens still support Merkel as the country’s most popular political leader, the party structures are the main decision bodies. One of the striking points here is the fact that Merkel is elected by the German parliament while the French executive has a direct legitimacy based on the decision of its electorate. Thus, the image of a constitutionally strong and powerful Chancellor occurs, who is actually able to quasi-dominate the entire EU in general while she is, though, not able to stand against the own party’s complicated structures.

What would be the result in German politics if the head of the executive would be elected with a popular vote?

What would be the result in German politics if the head of the executive would be elected with a popular vote? Perhaps this question might be on Germany’s future political agenda. There are currently too many parties in the German party system, which might hinder the establishment of well-functioning coalition governments. Thus, alternative possibilities will be most likely considered.

It is time for change in German political system in an era in which “presidentialization and personalization of politics” is taking place globally.

In this sense, it might be interesting to mention that in the near past there have been some discussions in the context of the election of the federal president of Germany. While some voices and nearly 70 percent of the population supported political reform for popularly electing the president, some have opposed this idea due to difficulties and bad experiences in reference to Germany’s political history. But time is changing and Germany might need optimizing its own political system during an era when “presidentialization and personalization of politics” are globally and increasingly becoming obvious and common. We will try to continue and address similar questions and discussions in the upcoming weeks in a more theoretical point of view.