Looking at the material results of Merkel’s policies, one can claim that her patient style did not pay off. 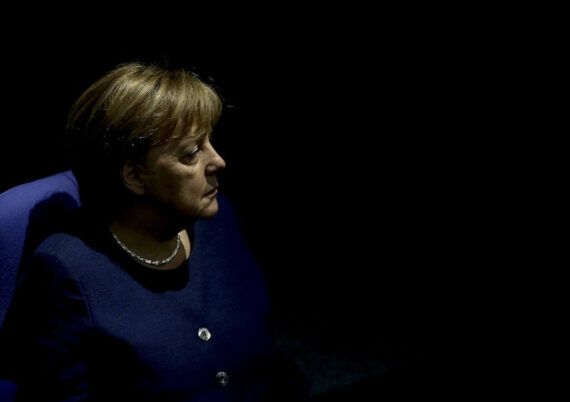 The New York Times saw fit to give the title of “Leader of the Free World” to Angela Merkel after Donald Trump’s election in 2017. It is questionable if Merkel, who after 16 years of governing Germany will voluntarily leave her office following the federal elections of September 26, deserves this title. At the moment, the world consists of a West and an EU that have lost their internal unity, and are suffering from an erosion of moral and value superiority. Therefore, when evaluating Merkel’s legacy, it is essential to analyze the developments around the world in the last 30 years.

When Merkel was first elected chancellor in 2005, it was 15 years after the West announced its victory over communism. The two Germanies had merged, and a breeze of freedom was blowing through the world. Moreover, the process of the formation of the European Union had accelerated, and no direct threat remained against the West after the removal of the risk factor coming from Eastern European countries, all of which had begun to join NATO and the EU.

Perhaps most importantly, China was a Third World country which acted as a workshop for the West, far from the challenging model and economic power that it is today. In light of the political atmosphere described above, famous American political scientist Francis Fukuyama had declared the “End of History” hailing the ascension of a Western liberal order and the West’s final victory. However, what is the state of the world and Europe today, 16 years later, as Merkel, the “Leader of the Free World,” prepares to leave office?

Europe and the world are much more unstable and chaotic now than when Merkel first took office, while Europe and the U.S. received a nasty blow in terms of moral superiority. On the other hand, China is now a world power which aims to use its economic power to create an order in line with those of the U.S. and Europe. Meanwhile, Russia threatens Europe’s security just as it did in the Soviet era, and Europe struggles to be the center of weight and appeal with Britain leaving the EU, numerous economic crises, and the rise of the far right. The question is what was Merkel’s role in creating today’s unstable, contemporary world.

It is important to underline that Merkel takes responsibility when it is necessary. For example, even though she wanted to leave politics along with the office of chancellor in 2017, she changed her mind after the election of Donald Trump.

First, it is important to underline that Merkel takes responsibility when it is necessary. For example, even though she wanted to leave politics along with the office of chancellor in 2017, she changed her mind after the election of Donald Trump. The anecdotes of Ben Rhodes, who was an advisor to Barack Obama when he was U.S. president, have offered us some details on the subject.

According to Rhodes, on November 8, 2016, eight days after Trump’s election, Obama privately visited Merkel in Berlin. Obama asked Merkel whether she’ll run again for chancellor during their dinner at the Adlon Hotel. Merkel told him that she feels a responsibility to run again to ensure the continuity of the liberal order after Trump’s election. Indeed, one week after this meeting, Merkel publicly announced that she would run again for office. This is undoubtedly evidence that Merkel has a character that does not shy away from taking on responsibility when it is called for.

Indeed, the Syrian immigrants are another example in this regard. However, it would be beneficial to form an opinion on Merkel’s political decisions by separating domestic and foreign politics. When talking about domestic politics, it is important to note that the German economy has consistently shown growth during Chancellor Markel’s terms with the exceptions of the 2008 global economic crisis and the 2019 pandemic. Even though Merkel followed her predecessor Schröder’s economic and social program known as “Agenda 2020,” her decisive stances on key points played an important role as well.

During the economic crisis of 2008, in front of the cameras, Merkel emphasized that all money deposits were under state guarantee.

For example, during the economic crisis of 2008, in front of the cameras, Merkel emphasized that all money deposits were under state guarantee. During the crisis, her decision played an important role in maintaining the stability of the German banking system. Again, during the pandemic, in order to safeguard the fundamentals of the economic system, Merkel tried to prevent bankruptcy by reflating, allowing the German economy to pull itself together faster during the pandemic.

As for foreign policy, there are many incidents that affected Europe and Germany negatively during Merkel’s terms in office. During this time, when important events occurred throughout the world, there were some who described Merkel’s foreign policies as “passive” and “shortsighted.” On the other hand, her supporters evaluate the same policies as “strategic patience.” What they mean by this is her decision to remain more or less silent on foreign politics, and to focus on bargaining and trying to gain good outcomes by addressing challenges on time.

Results of a passive attitude

Looking at the material results of Merkel’s policies, one can claim that her patient style did not pay off. Her attitude, patient according to some, “passive” according to others, separated Russia from the West and turned it into a threat for the West once more. The fact is that as the leader of perhaps the most important country in Europe, Merkel didn’t interfere with the EU’s signing of a free trade agreement with Ukraine despite all the opposition from Russia, which resulted in 13,000 deaths in Ukraine, the annexation of Crimea by Russia, and the de facto division of Ukraine in two. In the end, the relationship between Europe and Russia was structurally damaged to the point that they were on the brink of an actual war. Merkel’s pre-crisis passive attitude and post-crisis weak management have dragged the E.U.-Russia relations into a long-term uncertainty.

What happened with Turkey during Merkel’s time in office is similar to what happened with Russia. Following its EU candidacy at the 1999 EU summit in Copenhagen, Turkey started a serious reform and entered a serious economic lunge by triplicating its GNP in a short time. However, after Merkel became chancellor, together with Sarkozy, president of France at the time, they virtually blocked Turkey’s EU accession.

Even though this might be understandable considering her party’s values, it has led to a crisis in both Turkey-EU and Turkey-Germany relations. What is more, Merkel’s exclusionary policies have led to Turkey expanding its foreign policy, first and foremost with Russia, and have interrupted Turkey’s reform dynamic by alienating it from the EU. Even though Merkel started to realize Turkey’s importance after the Syrian refugee crisis, it seems to be quite difficult for Turkey and the EU to build a relationship based on trust following this course of events.

In the end, we can say that the state of the world affairs is seriously different today than it was 16 years ago when Chancellor Merkel first took office. Then, the West and Europe enjoyed more stability and power than they do now. However, as Germany’s longest standing leader, Merkel perhaps could have intervened in some way to prevent events from taking the course that they did. 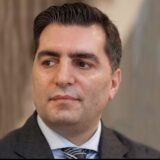 Also Read
Germany’s Foreign Policy Is to Remain the Same