Will Trump Deliver on His Protectionist Economic Pledges?

To be sure, Trump is not the first U.S. presidential candidate who fed his campaign with a nationalist trade agenda. Yet even the uncertainties he has created so far have been enough to scare the global markets. 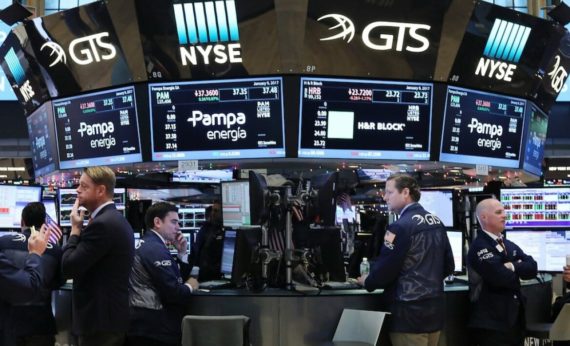 One factor that played an essential role in the election of the new President of the U.S. can be said to be the protectionist pledges of Donald Trump. The “America First” campaign that focused on the so-called international threats faced by the U.S. economy undoubtedly persuaded a considerable part of the American society including the working class in the Rust Belt states to vote for a sharp doctrine that was mainly composed of economic concerns. The arguments made by Trump in this regard were observed to be grounded on the trade relationships of the U.S. with a specific focus on free trade.

IslamophobiaBy Mert H. Akgun
Now that the American people have made their decision, the protectionist approach employed by Trump in the election campaign matters not only for the U.S. but also for the global economy. In this sense, what the world wonders now is to what extent he will deliver on those harsh pledges. Will he continue to be the furious Trump of the campaign or become an even-tempered President when he assumes office? Or will a balance be found in between? To be honest, nobody knows the answer. However, the arguments of interest can be analyzed based on the ongoing situation and the potential risks thereby.The free trade agreements (FTA) that the President-to-be obviously despised during his election campaign would be a good starting point for this purpose. This is because Trump frequently yelled at former U.S. governments for having signed such horrible deals and causing substantial losses for the domestic economy. By the way, whenever he referred to the harms of the FTAs, he actually – consciously or not – pointed to a total of 14 agreements, which constituted 41 percent of the total bilateral trade of the U.S. in 2015. This is not a trivial dynamic, at all!

So, Trump is expected to come down on Mexico in particular, as he has been blaming the southern neighbor in a visibly bad way.

On the other hand, the FTA that Trump levied the toughest war on during the campaign period was admittedly the North American Free Trade Agreement (NAFTA), which was defined by him as “the most horrible trade deal ever.” So, Trump is expected to come down on Mexico in particular, as he has been blaming the southern neighbor in a visibly bad way. From an economic perspective, this can be thought to mainly stem from the relatively competitive advantages of Mexico. It is a well-known fact that there are lucrative incentives for American companies to operate in the neighboring country.

In this sense, the Mexican economy has fair concerns nowadays due to its rather concentrated market structure that is highly dependent on the demand flowing from the U.S. And beyond the bilateral trade relations, the loss of confidence and the uncertainties that have emerged after November 8 pose indirect risks for the country’s economy. However, the fact that the two economies are highly integrated in various sectors complicates the case. This is likewise the situation for Canada, the top destination for U.S. merchandise exports and a critical part of the U.S. supply chain.

At this point, it should be emphasized that based on 2015 data NAFTA accounts for approximately 75 percent of the total bilateral trade of the U.S. within its FTA portfolio. Therefore, it is evident that the U.S. has considerably strong ties with its NAFTA markets. As Canada and Mexico rank within the top three trade partners of the U.S., it will not be an easy job to put a lock on the NAFTA door from a realistic point of view. Yet it is likely that Trump will take an initiative and attempt to fix the disadvantageous terms of the deal for his country. In such a scenario, potential energy collaborations as well as the older-than-NAFTA free trade relationship between the U.S. and Canada might be a factor for tipping the balance.

Moreover, Canada and Mexico are also prospective partners for another trade deal frequently attacked by Trump: the Trans-Pacific Partnership (TPP).  As an integral part of Obama’s Asia Pivot strategy, the TPP attempts to bring 12 economies together and create a strong cooperation in the Asia-Pacific. For the U.S., it was supposed to serve as a tool against China’s increasing dominance in the region. However, Trump claims that the deal is a complicated piece of garbage that would cause losses to the U.S. economy in case it is ratified. Thus, considering also the escalated disapproval regarding the deal, it would not be irrational to expect the new President to scrap it or put it in cold storage at least. Likewise, it is also believed that the Trans-Atlantic Trade and Investment Partnership (TTIP), which is Obama’s economic project on the Atlantic front and an admittedly less mature initiative than the TPP, will probably be slowed down by the President-elect.

On the other hand, a blow to the TPP by Trump will not only deprive the associated parties of the Trans-Pacific collaboration but also will offer an opportunity for China. An American administration that turns its back on the TPP would encourage the Chinese project called the Regional Comprehensive Economic Partnership (RCEP) that aims to gather the Association of Southeast Asian Nations (ASEAN) group and six other big economies in the region under one umbrella.

Nevertheless, China also has concerns related to the new U.S. president, as it is a country frequently disparaged by him in the election period.

Nevertheless, China also has concerns related to the new U.S. president, as it is a country frequently disparaged by him in the election period. In 2015, China was the third largest single-country destination for U.S. merchandise exports while it ranked the first source for U.S. imports. While the bilateral trade between the two partners is quite robust, the merchandise trade deficit with China is known to infuriate Donald Trump. In that regard, he has vowed to declare China a currency manipulator and slap punitive duties on Chinese imports. The two countries are also known to have long-standing problems including the failure of China to respect U.S. intellectual and property rights.

Yet it is uncertain if Trump would overstep the mark and provoke China into a tit-for-tat retaliation. While the jurisdiction of the U.S. Congress will play a critical role at that point, an aggressive scenario could end up with the violation of the World Trade Organization (WTO) rules for both parties and endanger the order of the global economy as well.

To be sure, Trump is not the first U.S. presidential candidate who fed his campaign with a nationalist trade agenda.

To be sure, Trump is not the first U.S. presidential candidate who fed his campaign with a nationalist trade agenda. Yet even the uncertainties he has created so far have been enough to scare the global markets. The trade liberalization process started after World War II with the General Agreement on Tariffs and Trade and reinforced with the creation of the WTO, now seems to face the risk of losing support from its pioneering country. So, in an era where trade faces stubborn challenges, the new U.S. President’s isolationist pledges draw a grey picture for the world economy and shake economic confidence.

This addresses certain implications for emerging economies, in particular. Beyond countries such as Mexico and China, which are directly associated with Trump’s promises, those who look forward to a recovering world trade encounter some indirect risks. Turkey is one of those countries, as well. Moreover, projections on the future outlook of the U.S. economy inarguably augment the relevant risks. The sharp moves in the Turkish markets observed after November 8 indicate the significance of the matter. On the other hand, apart from the aforementioned global uncertainties caused by the U.S. election results, Trump’s relationships with the EU, Russia and Iran are also likely to produce complicated economic effects for Turkey in positive or negative ways. Everything depends on the extent to which he will deliver on his unconventionally sharp pledges. That is why the first half of 2017 will be a critical period for the actors of the world economy to figure out how the new U.S. administration will lead the way.