Yemen is on boil after the assassination of the ousted leader Ali Abdullah Saleh, along with many supporters, by Houthi rebels near estranged nation’s capital, Sana, on Monday. 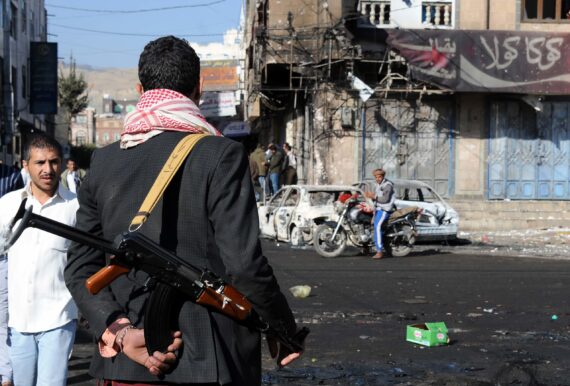 Yemen is on boil after the assassination of the ousted leader Ali Abdullah Saleh, along with many supporters, by Houthi rebels near estranged nation’s capital, Sana, on Monday.

The assassination is expected to trigger country-wide escalation in violence, with millions of Saleh’s supporters expected to vie for revenge.

Yemen’s current President Abd-Rabbu Mansour Hadi on Monday called on Yemeni people to rise up against Houthi rebels, who are mainly supported by Iran to counter Saudi influence in Yemen.

“Let’s put our hands together to end the control of these criminal gangs and build a new united Yemen,” said Hadi, who is in exile in Riyadh.

Before being overthrown in 2011 amid the wave of Arab uprisings that swept the Arab world from the Atlantic to Persian Gulf, Saleh had ruled Yemen for three decades. In 2011 he met the fate of many Arab monarchs and dictators who like Saleh ruled their territories as family property. Saleh had taken over North Yemen in 1978 and became the President of the entire republic after North and South Yemen united in 1990. Since the unification period, Yemen has not seen any other leader climb the throne.

As a tribal country, like many other Arab countries where monarchs have often found it easy to rule their countries by pitting tribes against one another, Yemen directly descended into civil war after the 2011 uprisings in the Arab world. Ever since, these civil wars were fueled by outsiders in order to attain their strategic objectives.

While condemning the assassination of Saleh by the “terrorist organization” head of the Arab League, Ahmed Abdul Gheit on Tuesday said, “All means must be used to rid the Yemeni people of this nightmare.”

This latest development has come at a time when already millions of Yemenis are suffering from famine and cholera apart from terrorist attacks and air strikes supported and carried out mainly by Saudi Arabia and Iran. Yemen is just another battle ground in addition to Syria, Iraq and Lebanon for Iranian and Saudi proxies.