No matter how the dialogue between Saudi Arabia and Iran grows in 2022, Saudi Arabia will continue to see Iran as a threat in the long term. 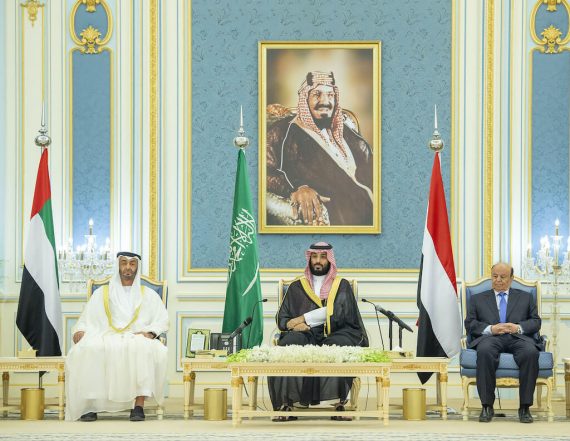 For decades, the geopolitical and geo-sectarian rivalry between Saudi Arabia and Iran has played out across the Middle East in various destabilizing ways. Since the Houthi rebels usurped control of Sana‘a in 2014, Yemen has been an important flashpoint in this competition for regional influence with Riyadh and Yemeni forces loyal to the UN-recognized Yemeni government waging war against the Iranian-backed insurgents for nearly seven years. The conflict(s) in Yemen still rages on. In recent days, the Government of Yemen “liberated” energy-rich Shabwah while the United Arab Emirates (UAE)-backed al-Amaliqa Brigades has been advancing into Marib. Meanwhile, Houthi missiles attacks keep on targeting their enemies, most recently including the UAE, at least according to the rebel group’s claims.

A major question that analysts have been asking since Saudi-Iranian talks began in Baghdad in April 2021 is, what could such dialogue mean for Yemen? It seems safe to conclude that although these talks have not led to major strategic or necessarily tangible changes in Yemen, there have been some tactical changes that could be grounds for some cautious optimism.

An important development in late 2021 was the death of Hassan Erlou who served as Iran’s ambassador to the Houthis. His passing called into question the relationship between the Houthis and their backers in Tehran, and how that could change the face of the war in Yemen. Erlou, who was smuggled into Yemen in 2020, was likely evacuated on an Iraqi plane from Yemen to Iraq, before flying home to Iran where he died from COVID19 on December 18, 2021.

“Erlou was obviously, from the evidence that we have, someone who was quite closely tied into the [Islamic Revolutionary Guards Corps (IRGC)] and the Quds force,” explained Dr. Andreas Krieg, a senior lecturer at the School of Security Studies at King’s College London, Royal College of Defense Studies, in an interview with Politics Today. “He was on the U.S. Treasury watch list. Having someone like him leaving [Yemen] without being actually arrested and then flying over Saudi territory was quite a concession from the side of the Saudis. This was only possible because of Iraqi mediation.”

Yet there were many conflicting reports about Erlou and his situation in Yemen just before leaving the country. The Saudis and Iranians told different stories about what had happened as well as the significance of and reasons for his exit from Yemen. “According to the Saudis, Erlou’s return to Tehran reflected tensions between the Houthis and Iran, but there has been little evidence of a breach in the relationship between Sanaa and Tehran,” according to Dr. Annelle Sheline, a Research Fellow for the Middle East at the Quincy Institute for Responsible Statecraft. Some reports even claimed that the Houthis were pushing for Erlou’s exit due to rising domestic pressure to distance themselves from Tehran.

Nonetheless, as Dr. Krieg explained, beyond all the facades and information warfare, there is a renewed willingness to talk between Riyadh and Tehran. In fact, last month when the Organization of Islamic Cooperation gathered in Pakistan to address the situation in post-U.S, Afghanistan, diplomats from the Saudi Kingdom and the Islamic Republic met.

This meeting between Saudi and Iranian officials in Islamabad “suggests that there is a willingness and also permission from the superiors to actually have these talks continue and that’s the most important thing,” according to Dr. Krieg. Additionally, in late 2021 the Saudi government granted Iranian diplomats visas at the OIC—a development suggesting that Riyadh and Tehran could possibly restore diplomatic relations this year.

Indeed, such talks are currently producing tactical progress. Yet tangible results in Yemen may not come any time soon considering how diametrically opposed Riyadh and Tehran are to each other in the war-torn country. Fundamentally, Saudi Arabia remains staunchly opposed to Iran’s surrogate warfare in Yemen and other parts of the Arab world. Iran still views Yemen as Saudi Arabia’s soft underbelly and continues exploiting such vulnerabilities of the Kingdom. The recent drone attack targeting the UAE, which the Houthis took credit for, immediately received the Saudi government’s strong condemnation, and will likely only add to the fears of Riyadh and other capitals in GCC states about the capabilities of Iranian-backed insurgents in Yemen.

Several months ago, Saudi Arabia and several other Gulf states reacted aggressively to an interview of Lebanon’s then-Information Minister George Kordahi harshly criticizing the Saudi-led military campaign in Yemen with rhetoric that many in the Gulf Cooperation Council viewed as too sympathetic to the Houthis. The interview, given a month before Kordahi took office, sparked retaliation from Saudi Arabia which included expelling Lebanon’s envoy to the Kingdom and banning all imports from Lebanon. Kordahi’s subsequent resignation on December 3 did little to dampen Saudi Arabia’s opposition to the Lebanese government, indicating that the issue was actually rooted in Hezbollah entrenchment in Beirut and Yemen.

Iran’s official line is that it is not directly involved in Yemen. Officials in Tehran want to try to somewhat distance themselves from the Houthis, at least on the surface.

Iran’s official line is that it is not directly involved in Yemen. Officials in Tehran want to try to somewhat distance themselves from the Houthis, at least on the surface. “I think the fact that they’re now using Hezbollah increasingly as a conduit to provide security assistance and training to the Houthis suggests that the Iranians are trying to disassociate themselves, at least nominally, from what is going on in Yemen,” said Dr. Krieg. “[The Houthis] will exist with or without Iranian support. The support has been provided already, the learning that has taken place, the transfer of technology and knowledge to the Houthis has led to this kind of military capability that the Houthis have today. That’s already there even if the Iranians were to step away.”

Read: Arms Sell Like Hotcakes: Yemen Turns into a Hub for Arm Dealers

Last month, the Saudi-led coalition released video footage and photographs that purportedly confirmed that the Houthis are receiving support from Hezbollah and the IRGC. The videos purportedly show a Hezbollah leader giving Houthi leader Abdullah Yahya Al-Hakim instructions, Hezbollah trainers teaching Houthis to operate drones, boxes of drone parts with the Hezbollah logo, and satellite footage showing how the IRGC has assisted the Houthis in transforming the Sanaa International Airport into a drone and missile launching pad.

“The Saudis want the Iranians to stop their surrogate operations across the region, whether it may be in Yemen or Iraq,” argued Dr. Krieg. “The problem with that is that the Iranians are saying there are no surrogate operations, and that these are local operations which we have no control over, which is obviously a lie. But it’s obviously this kind of surrogate game is one that’s based on dissociation and plausible deniability. Hence, why it’s very difficult to come to any conclusion because the Iranians will say in the first place ‘we have no forces on the ground, so we have no control over what’s going on’. It’s true to an extent. The control that the Iranians have over surrogate operations is limited. That’s something that the Saudis understand, and it always provides the Iranians with a degree of plausible deniability and disassociation to tell others that they’re actually not involved. That makes it difficult to come up with a solution that is sustainable.”

These recent developments leave us questioning how Erlou’s replacement will affect the situation in Yemen. Earlier this month, Iranian officials appointed Abdul Reza Shahlai as Erlou’s replacement without giving him an official diplomatic title, which some believe may be a sign of positive relations between Tehran and Riyadh. According to Gregory Johnsen, a nonresident fellow at the Center for Middle East Policy at the Brookings Institution: “If the narrative of a split between the Houthis and Iran is true, then it is notable that Shahlai will not be given a diplomatic title, and by selecting an official already in Yemen, Iran honored the Houthi commitment to Saudi Arabia not to bring in a ‘new diplomat’.” However, his appointment could also simply be a means of convenience. Shahlai has been in Yemen for several years, meaning that they would not have to go through the effort to smuggle a new diplomat into the country and he is already a seasoned military commander with experience in Yemen.

In the final analysis, Saudi Arabia will continue to see Iran as a threat in the long term, no matter the direction that dialogue between the two countries takes in 2022. Iranian influence in Yemen will continue terrifying the Saudis. Nonetheless, one can assume that thanks to Iraqi mediation the likelihood of a repeat of the Saudi Aramco attacks of September 2019 has decreased.

Within the context of the Iranians wanting to improve their relationship with Saudi Arabia and other Gulf states in order to create a new architecture in the sub-region, we might see Tehran begin to show more sensitivity toward Saudi security as it directly pertains to the Gulf. But beyond the Gulf, it is tough to imagine talks in Iraq between Riyadh and Tehran leading to the Islamic Republic winding down its surrogate or “proxy” operations throughout the greater Middle East.

Emily Milliken is the Senior Vice President and Lead Analyst at Askari Associates, LLC a Middle East-focused defense and intelligence consultancy in Washington, DC. She holds an MA from Johns Hopkins SAIS in Middle East Studies and International Economics.