A Roust May Hit the Opposition 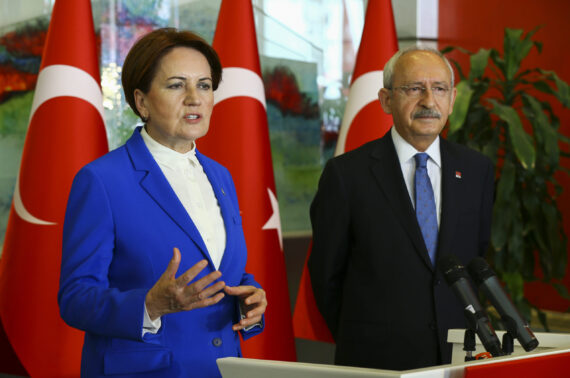 In two weeks time Turkey will hold one of its historical elections. They are historical because they are the first elections after the Turkish constituent decided to switch to a presidential system in April 2017. The AK Party-MHP alliance’s victory will consolidate a presidential system whereas the CHP-Iyi Party-SP alliance’s election success will put it under question and make way to switch back to the old parliamentary regime. Thus, the June 24 elections are more about structural matters that design the rules of the game for political actors rather than a competition between political parties over good governance.

The AK Party-MHP alliance campaigns to uplift the country with a presidential system to an upper league in international politics where only democratic and powerful countries reside. The CHP-Iyi Party-SP alliance, in contrast, criticizes Turkey’s presidential system of being one-man rule and promises to restore the old parliamentary system. The AK Party-MHP alliance’s presidential candidate Recep Tayyip Erdogan, during his public meetings insists that other candidates, especially CHP’s candidate Muharrem Ince, are not competent for the post. Erdogan deliberately targets Ince and strikes him of not even having been elected to the post of CHP’s general secretary. His incompetency, for Erdogan, stems from his lack of experience in governing the state and unbridgeable gap with the public due to Kemalist CHP’s authoritarian and elitist past.

In response to Erdogan’s verbal charges, other candidates especially CHP’s Ince, who seems to outshine the other candidates in the opposition camp with Erdogan’s help, takes pains to show he is as competent as Erdogan and has a strong touch with the people. He does not hesitate to deride Erdogan and target pro-Erdogan media to show that he is strong. He also puts a showcase image that he’s a man of the people by riding a bike before the crowd in his public meetings and distributes photos in which he drives a tractor or praying in a mosque with the villagers.

Alongside his populistic gestures, Muharrem Ince often seems to forget his party’s basic campaign message, which is restoring the old parliamentary system. He seems to embrace the presidential system.

Alongside these rather populistic gestures, Ince often seems to forget his party’s basic campaign message, which is restoring the old parliamentary system. He seems to embrace the presidential system and poses himself as the most important rival of Erdogan for the presidential post. Yet Ince’s unamenable attitudes have seemed to cause a serious discomfort for the other candidates in the opposition bloc. Last week, Iyi Party’s leader Meral Aksener called the leaders of her alliance partners to an urgent meeting to discuss the preparation of a road-map that responds to the question of how to restore the old parliamentary system in the aftermath of the elections. After the meeting, CHP’s leader Kemal Kilicdaroglu and Iyi Party leader Meral Aksener gave a joint press conference where they declared that both leaders were in agreement and committed to the plan of switching back to the parliamentary system.

It is obvious that Ince’s move to the front and to be the primary rival of Erdogan has worried Aksener. If Aksener does not show a considerable success in the elections, her leadership within her newly founded party will be questioned. There are some figures, such as Umit Ozdag, in the party waiting for the right moment to take over the party leadership.

If Aksener does not show a considerable success in the elections, her leadership will be questioned. There are figures, such as Umit Ozdag, waiting for the right moment to take over the party leadership.

Not to mention Kilicdaroglu’s fear of losing his seat as the CHP’s leader in the event of Ince’s confrontation with Erdogan ends up with the CHP’s increase of its votes. This may trigger a process of soul searching within the party and cause a leadership change. That’s why Kilicdaroglu discharged many of Ince’s men from the party in the run-up to the preparation of the party’s list of parliamentary candidates. Kilicdaroglu undercut the support for Ince within the party cadres.

All in all, a roust may hit the opposition parties, especially after the elections. The main reason for this will be the lack of a comprehensive and well-defined political project shared by all opposition parties, which can produce a united front. The absence of such a political project not only makes the division within and the parties visible but also curtails its chance of winning the elections.