All-Out-War between Ethiopia and Sudan on the Doorstep?

All the recent steps taken by Sudan and Ethiopia are needlessly offensive and foolish since they are interdependent and have 1,600-kilometer-long border. 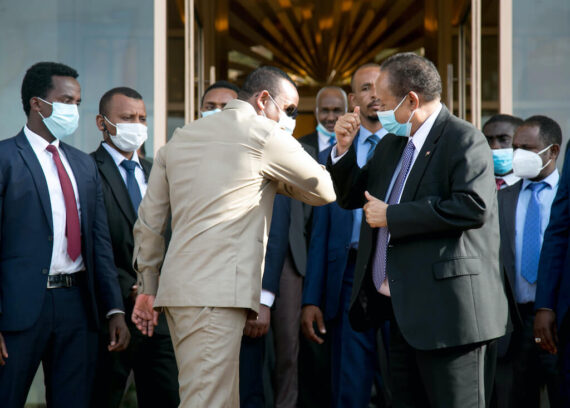 Mutual suspicion and unresolved border disputes have been major issues in the Ethiopia-Sudan relations for the past several decades. These problems heat up when there are developments in the region, such as the dispute over the Grand Ethiopian Renaissance Dam with Egypt (GERD), and calm down when the disputes are resolved.

Domestic politics in Ethiopia and Sudan fuel the conflict and the border disputes, which are also conditioned by the geopolitical developments in Northeast Africa.

The most recent border dispute between Ethiopia and Sudan erupted when Sudan’s military took control of Al-Fashqa, a fertile agricultural area in Gonder, in northwestern Ethiopia. Dina Mufti, the Ethiopian Foreign Ministry spokesperson, recently stated that his country is “running out of patience with its neighbor’s continued military buildup in a disputed border area despite attempts to diffuse tensions with diplomacy.”

The spokesperson of Sudan’s Sovereign Council, Mohamed Al-Fakki, said that his country “doesn’t want war with Ethiopia,” adding that Sudan is “capable of protecting our lands and restoring those left with Ethiopia.”

Read: Sudan and the Nile Spring: Raptures of Hope and the Uncertain Road Ahead

It is vital to notice that the Khartoum-Addis Ababa border tension is happening while the latter is occupied with the law enforcement operation in Tigray. There is fear that the growing tension and hostility might escalate to a conventional war. There is also considerable fear that the border tension will affect the Egypt-Ethiopia-Sudan negotiations over the Grand Ethiopian Renaissance Dam.

Colonial roots of the border tension

Despite this, Ethiopia has chosen to use the 1900 and 1901 agreements as a reference for the negotiations to demarcate their mutual borders, while Sudan favors the Anglo-Ethiopian Treaty of 1902 and the 1903 and 1909 Gwynn surveys as a basis to initiate the demarcation.

Ethiopia emphasizes over and over again that the 1903 and 1909 Gwynn surveys were non-participatory and unilateral, and, therefore, they don’t bind Ethiopia.

Ethiopia emphasizes over and over again that the 1903 and 1909 Gwynn surveys were non-participatory and unilateral, and, therefore, they don’t bind Ethiopia. Additionally, the country invoked the necessity to respect the June 1966 status quo accord between the two countries that forbid either side to employ any unilateral action that would affect the de facto situation along the borders until the issue of demarcation is solved.

Sudan continues to assert the 1902, 1903 and 1909 accords as the basis for border talks. These different stances have complicated the border relations for several decades and brought about the involvement of regional, continental, and extra-continental actors, among which Egypt, which widens the gap between the two countries. 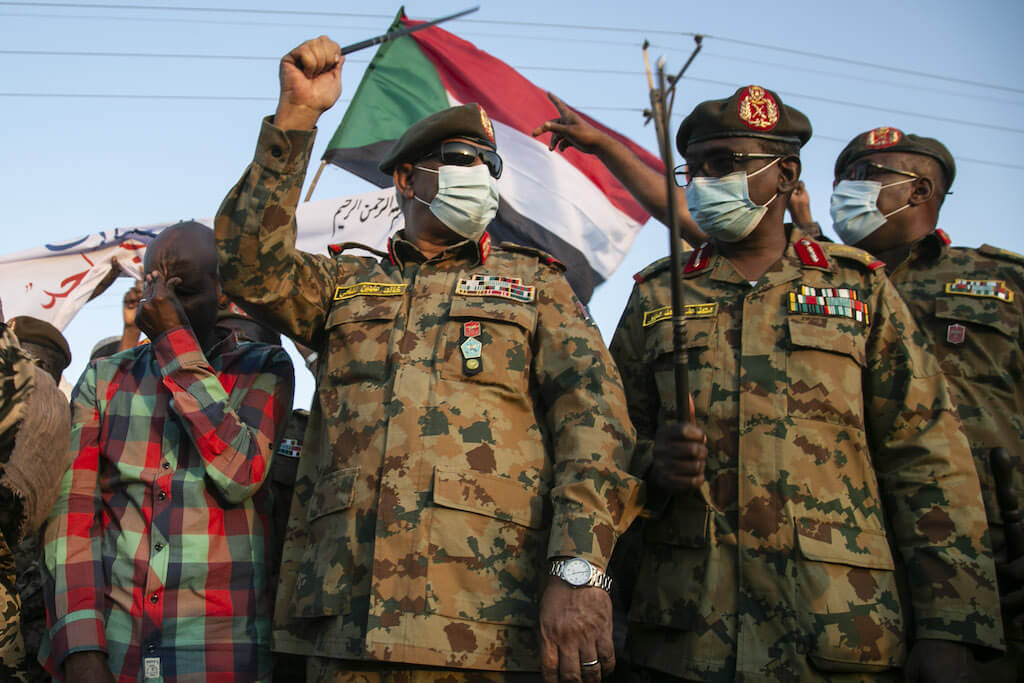 Sudanese Army’s deputy chief of staff, Lieutenant General Khaled Abdin al-Shami (2nd L), is seen ahead of his speech to the press as Sudanese army has retaken control of an area in the al-Fashqa border region with Ethiopia on December 29, 2020. Photo by Mahmoud Hjaj. Anadolu Agency.

Why is the current border tension different?

Second, the current confrontation follows the Ethiopia-Egypt confrontation over the Nile River, which shifted from veiled animosity to overt hostility following the official beginning of the construction of the GERD over the Blue Nile in 2011. Third, in the current tension, the military, political and economic roles of emerging actors such as China, Turkey, UAE, and Saudi Arabia are increasing in the Horn of Africa and Northeast Africa regions as never before. So, if a full-scale war breaks out, the possibility of causalities are higher than ever before.

Why Sudan turned its back to Ethiopia

Ethiopia and Egypt, which view each other as natural foes, look at the political activity in Sudan with suspicion and compete to get Sudan on their side. At no time in history has Sudan not been the center of gravity of the Ethiopia-Egypt competition. The ills of internal politics and the weak economic situation in the country created a fertile ground for Egypt and Ethiopia to exploit the weakness of Khartoum for their own political advantage. Particularly Egypt openly uses its economic strength, military superiority, and political dominance in the Arab world to influence Khartoum and to widen the gap between the latter and Addis Ababa.

It is also vital to note that the last decade of the rule of former Sudanese president Omar al-Bashir was comparatively good for Ethiopia. This is true because al-Bashir’s approach to Ethiopia was based on good neighborly relations in regard to the two countries’ water and border issues. Whereas now Abdalla Hamdok and Al Burhan turn their back on Ethiopia and prefer the hardline approach towards these two complicated issues. As a result, Sudan’s forces entered deep into the disputed territories between the two counties violating the 1966 accord that obliged the two countries to respect the status quo until the demarcation process is completed.

Since the beginning of construction of the GERD in 2011, Khartoum has been playing a balancing role in the Ethiopia-Egypt water diplomacy battle. However, recently Khartoum has turned its back on Ethiopia and is favoring Egypt.

The following developments are behind Khartoum’s decision to turn its back to Ethiopia (i) Sudan’s new leaders insist on protecting their rule from Cairo’s subversive role toward the new administration in Khartoum; (ii) Sudan’s new leaders will probably benefit from Cairo’s economic, security, and diplomatic capacity to aid their fragile economy and security; (iii) the new administration in Khartoum might be disappointed because of Ethiopia’s bilateral negotiation with Egypt on the “Trump Deal”; and/or (iv) Sudan’s attachment to Cairo most likely stems from the power rivalry between the pro-Egypt military wing and the civilian administration in Sudan.

The other reason that has been suggested for Sudan violating the status quo and occupying the fertile agricultural region of Al-Fashqa stems from Sudan’s view of Ethiopia as a “weak other” because of the unfolding domestic civil war. History shows that in the 1970s Sudan under the leadership of Jaafar Muhammad Nimeiry made a similar move while Ethiopia was fighting the Ogaden War with Somalia. Further back in history, in 1880s, Sudan attacked Ethiopia while the latter was in confrontation with Italy.

Today, history repeats itself: Sudan controls the Al-Fashqa region denying Ethiopia’s sovereignty while the latter is preoccupied with the law enforcement operations against the Tigray People’s Liberation Front (TPLF).

All these steps by Sudan and Ethiopia may be needlessly offensive and foolish since they have 1,600-kilometer-long border. More importantly, the two nations are socially and economically interdependent. What is always surprising in their relationship is that despite the presence of military incursions, subversions and counter-subversions, insurgencies and counter-insurgencies, for the past several decades, Sudan and Ethiopia have never engaged in a full-scale war nor have they ever permanently suspended diplomatic ties. 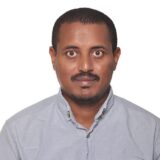