Conflicts around the world are on the rise and immigration waves continue unabated. Diasporas can play roles in global politics. However, for this to happen, diasporas must stop feeling as unwelcomed guests. 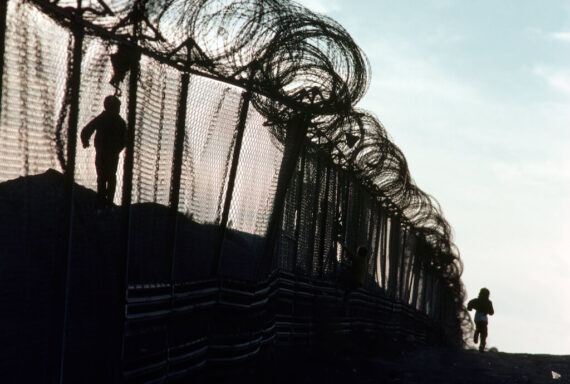 Children playing near barbed wire border fence along opposite sides of the U.S.-Mexico border in Calexico, California. Photo by Stephanie Maze, Getty Images

Although the term “diaspora” was widely confined to the Jewish diaspora and experience, with the onset of the 20th century, which saw influxes of various diasporas from different parts of the world, the term started to be used to represent the different experiences of different peoples. These peoples include but are not limited to the Lebanese, Syrian, and Palestinian diasporas in South America, North America, and Europe; the Indian and Chinese diasporas in Malaysia; the Greek and Japanese diasporas in the United States; and the Turkish diaspora in Europe. The meaning the term holds today has shifted emphasis with the advance of international relations, and has taken a new turn in which sophisticated networks of identity-oriented people play a greater role in global politics.

The relationship between different nations today can’t be understood without understanding the identity and diaspora politics that bind them together. The relationship between the United States, on the one hand, and Greece, Mexico, and Ireland, on the other, can’t be viewed in isolation from the existence of the diaspora communities of these countries in the U.S. who hold a considerable economic, political, and cultural weight.

This diasporic multigenerational relationship can be seen in terms of economic and political effects in present-day Malaysia. Malaysians of Chinese origin, who make up nearly 24% of the population and who have an influence over a significant portion of the Malaysian economy, are an important pillar in the relationship between China and Malaysia.

The same applies to Malaysian-Indians, who make 7% of the population, with both India and China enjoying good diplomatic relations with Malaysia despite the existence of controversial issues between them such as the issue of Kashmir for India and the South China Sea for China, where China claims parts of what Malaysia considers its territorial waters.

Culturally, and despite the existence of certain tension between Malaysians of different cultural backgrounds, Malaysia today is viewed as a mosaic of races, cultures, languages, and food, contributing to the country’s economic, political and cultural reputation and making it a tourist hub for millions of foreign visitors a year. 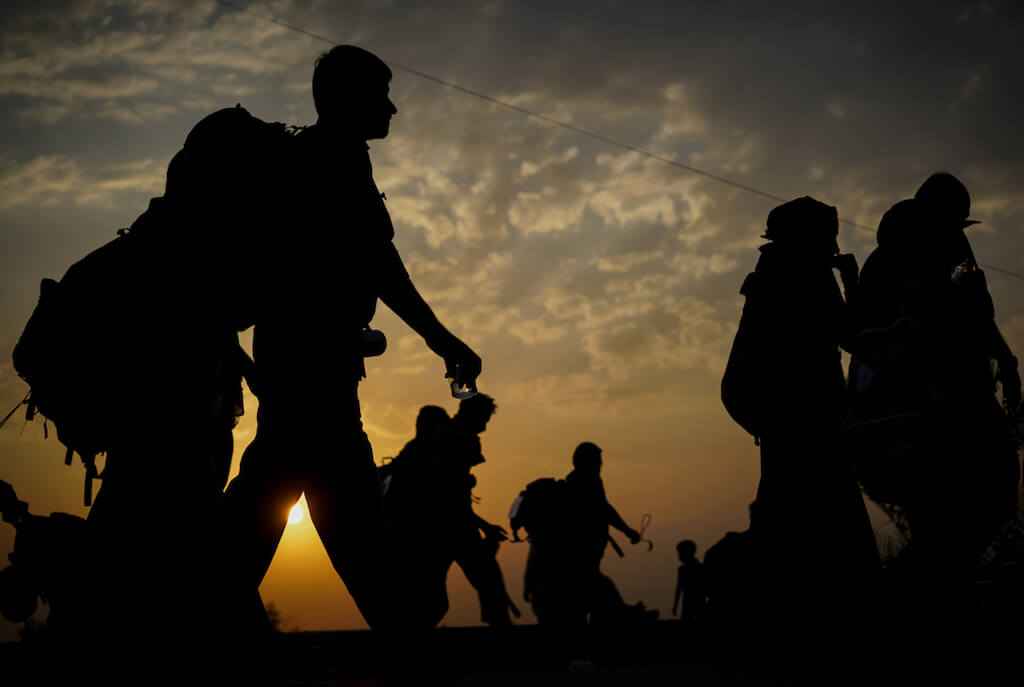 In the Middle East, immigration waves to the Americas and Europe increased in the beginning of the 19th century. Starting in the 1880s, Palestinian, Syrian, and Lebanese immigrants arrived in South America and the United States. These immigrants built political and economic capital that would shape the history of the countries where they had settled.

Arriving in South America with Ottoman passports, these immigrants were referred to as “Turcos” or Turks, a term that speaks of the passports they held but also of a racist attitude towards immigrants at the time. These immigrants started businesses in the textile sector and trade.

South America is also home to a considerable Jewish diaspora, estimated at 250,000, which explains the strong relationship certain countries have with Israel. The rise of right-wing politicians in a number of South American countries also speaks of the centrality of Israel to this trend of right-wing tendencies globally.

The continuation of immigration from the Middle East, and in particular from Turkey in the 1960s and 1970s, to Europe meant that another diaspora would emerge, one that would be powerful economically, politically, and culturally. Following the signing of agreements between Turkey and a number of Western European governments, such as Germany in 1961, thousands of Turkish workers started their journey towards Europe.

Over time, their numbers in Western Europe increased to 5.5 million and many of them settled in Europe, making their new homes in the Netherlands, Belgium, Sweden, Denmark, and Germany.

Today, Turkish-European citizens play an important role in the economic, political, cultural, and social ties between the EU and Turkey. They are viewed as an asset to Turkey’s efforts to join the EU, despite the fact that these efforts seem to be on hold for now. Unlike many other diasporas, and due to the short period since its establishment and the proximity of the countries involved, the Turkish diaspora in Europe has strong ties to Turkey. Many Turkish-EU nationals visit Turkey frequently and maintain a strong relationship with the country.

In today’s global politics, diaspora communities play greater roles by serving as bridges of understanding between different nations. They have an exceptional asset – the ability to understand the cultures and politics of both their home and host countries. In addition to enriching the culture of host countries, they can initiate dialogues that could improve international relations between countries and enhance the understanding between different peoples.

In a more cosmopolitan world, where multinational companies play an increasing role in the global economy, and where cultures and languages are constantly merging, it is time to realize the importance of global diasporas in global politics. This is especially true today as conflicts around the world are on the rise and as immigration waves continue unabated.

For this to happen, diasporas must stop feeling as unwelcomed guests and foreign bodies in their adopted countries. The world powers, which preach unity and cosmopolitism, should realize that actions speak louder than words. Considering the potential diasporas have in improving international relations between countries, it is time to tap into this potential without further delay. Global politics today needs more bridges, and diasporas are best placed to answer this need.

Also Read
New Geopolitics in a Post-Coronavirus World
We use cookies to optimize your online user experience. To learn about our use of cookies and how you can manage your cookie settings, please see our Privacy Policy. By continuing to use our site you are excepting our use of cookies.Accept Cookies & CloseMore Info