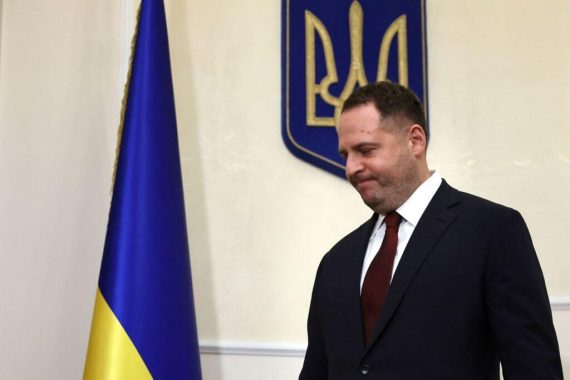 The situation in Ukraine is becoming more and more dangerous each day with additional Russian troops and military equipment heading towards the border. Some reports and analyses predict that Russia may initiate a full-blown military conflict any time although a large-scale ground invasion is unlikely given the consequences Russia would face for such a move. Despite the unprecedented troop movement towards Ukraine, Russia’s strategy seems to be headed towards a grand bargaining with the U.S. at a time when the West is visibly fragmented.

The lack of sufficient European security assurances and military aid to Ukraine demonstrates that there are limits to how much help the country can receive against Russia. Russia’s smart foreign policy strategy that targets the West’s unity and the shifting focus of the U.S. from Eastern Europe to the Pacific are two of the most important parameters that limit the West’s ability to counter Russia.

Russia’s foreign policy strategy is aimed at further weakening the West’s cohesion and thus depleting impairing the position of the latter against it. To regain its lost power and status with the dissolution of the USSR, Russia strove to become a strong economic and military power while targeting the unity of the West through developing bilateral economic and energy relations with European countries.

Having become Europe’s largest energy supplier, Russia managed to carve out a form of coexistence with Europe. Despite being aware of such a threat and the existence of common platforms such as the EU and NATO, European nations have not been able to meet on common ground against Russia.

The shift of the U.S. foreign policy priority from Eastern Europe to the Pacific limited Western efforts to counterbalance Russia.

The shift of the U.S. foreign policy priority from Eastern Europe to the Pacific has also played a significant role in limiting Western efforts against Russia. Within the framework of China’s rapid economic growth that has acquired momentum since the early 2000s and in order to balance China, the U.S. diminished its security commitments in the Middle East and pulled out of Iraq and Afghanistan. The U.S. moved thousands of its troops overseas from NATO bases in Europe to its bases in the Pacific.

According to the budget of the United States Department of Defense, China is the country’s  number one target. With the U.S. giving more emphasis on China, its European allies are looking to manage their security with diminished U.S. involvement. Having made a habit of outsourcing their security to the U.S. throughout the Cold War and beyond due to the lack of appropriate mechanisms under the EU roof, the Europeans were caught off guard by the type of challenge Russia created in Eastern Europe.

While the approaches of major NATO countries in Europe towards the conflict in Ukraine vary, the lack of coordination between the Western alliance and individual relations between Russia and European countries commonly appear as the parameters that limit the amount of aid Ukraine could receive. At the end of the day, NATO’s non-EU members, namely Turkey, the U.S., and Britain have provided substantial military aid and political support to Ukraine.

Britain, which had a shift in its strategic orientation after Brexit towards a more independent direction, provided Ukraine with anti-tank missiles that could be used in an event of a ground war against Russia. Such a promise was made on January 17 when British Defense Secretary Wallace visited Kyiv. The shipment arrived shortly thereafter. The Secretary of State for Defense was careful not to antagonize Russia by underlining that such weapons are defensive and cannot pose a strategic threat to Russia.

Ukraine purchased many Turkish Bayraktar TB2 drones, which changed the balance of power in the battleground.

Turkey is another NATO member that has come forward for its northern neighbor. Ukraine purchased several Bayraktar TB2 drones, which have changed the balance of power in the battleground by destroying Russian-made defense equipment. The defense cooperation between Turkey and Ukraine is also growing. Experts note that Turkey is helping Ukraine catch up with the NATO standards through technology transfer in the defense industry, while other European Union countries refuse to cooperate.

It should be noted that Turkey is in a precarious situation since it is developing relations with Russia within the framework of Turkey’s pursuit of an independent foreign policy strategy. Turkey’s sale of Bayraktar TB2 drones to Ukraine is being cautiously observed by Russia. Putin described the sale as “destructive behavior” in a phone conversation with Erdoğan. Turkey also proposed to act as a mediator in the crisis between Ukraine and Russia, a call both countries received favorably.

Germany and France, the EU’s strongest economies, remained hesitant when it came to providing military aid to Ukraine.

Germany and France, the EU’s strongest economies, remained hesitant when it came to providing military aid to Ukraine. In her visit to Kyiv, German Foreign Minister Baerbock refused to promise military aid to Ukraine citing the restrictive nature of Germany’s arms control policy. However, such hand-wringing may also have to do with the Nord Stream 2 pipeline project, which will transport Russian natural gas directly to Europe circumventing Ukraine when it is completed.

In August 2021, during Merkel’s visit to Ukraine after the completion of Nord Stream 2, Ukraine’s President Zelensky and Merkel revealed their differences regarding the issue. Ukraine also protested Germany’s blocking of British arms in its airspace. Critics point out the double-standards of Germany’s arms sales citing its record-breaking arms exports to Egypt last year.

Following the footsteps of Germany, France, on top of not providing any concrete military assistance to Ukraine protested Ukraine’s use of Turkish-made drones in the battlefield – a  stance that angered Ukraine. At the end of the day, Ukraine was not able to receive support from leading European Union members.

The latest reports suggest that more anti-tank missiles might be coming to Ukraine as multiple Baltic nations received approval from the U.S. to send American-made anti-tank missiles to Ukraine. Latvia, Estonia, and Lithuania, along with Poland, are the most sensitive NATO member states vis-à-vis the Russian threat. Rising tensions in Ukraine stirred fear in the Baltic nations which fear that they might be Russia’s next target.

In the late 2000s, a plan for the placement of U.S. missiles in Poland created an outrage in Russia, which considered the move as a provocative one. Baltic nations, however, will be unable to send any German-made weapons to Ukraine as Germany blocks arms exports from third countries as well.

The supply of military weapons in the form of anti-tank missiles is intended to be used in the event of a ground invasion of Ukraine by Russia. Such an invasion may never materialize, but Russia’s threat to European security and the unity of NATO will persist. A long-term solution to the regional crisis could come only through concerted efforts to strengthen the Ukrainian armed forces.

As the crisis escalates, the limits of Germany’s and France’s readiness to protect European security emerges. The security challenge Russia created for Europe in Ukraine will continue to haunt it until Russia is either reassured or deterred. Europe’s apparent failure to deter Russia through providing sufficient military support to Ukraine may encourage future Russian provocations and endanger European security and unity.