Turkey’s diplomatic success may have just saved thousands of innocent lives as well as yet another unnecessary humanitarian crisis. However, the Assad regime will certainly seek to take over Idlib eventually. If the Turkish-Russian deal succeeds, the opposition can survive and the contours of a future political deal can be based more on realities on the ground rather than the political goals of the Assad regime. 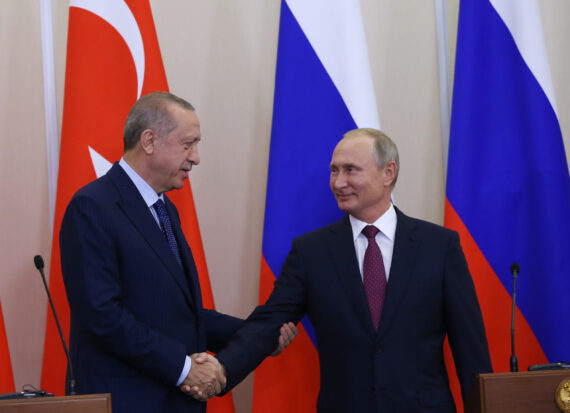 The Turkish-Russian agreement arrived in Sochi in a meeting between President Erdogan and President Putin comes just in time to avert a major humanitarian crisis. The agreement is to create a demilitarized buffer zone between the opposition and the Assad regime from where heavy weapons would be pulled out. The 10 to 12-mile corridor would be free of al-Qaeda related terror groups under the Hayat Tahrir al-Sham (HTS) and the zone would be patrolled by Turkish and Russian forces. It is clear that the implementation will be key in determining the ultimate success of the deal but preventing hundreds of thousands from rushing to the north is already a huge relief for Turkey.

The agreement, which will come into effect by October 10, is a diplomatic win for Turkey as well. Turkey has been lobbying Russia and Iran to prevent the Assad regime from committing more war crimes and creating yet another humanitarian disaster. Through the Astana process, Turkey has worked to deescalate the conflict and to create safe zones. The Assad regime has been using the presence of terror groups like the HTS to justify a major military operation against Idlib, which houses around three million civilians. The Turkish-Russian agreement sends a signal to the regime that it cannot ignore Turkey’s interests and export insecurity to its northern neighbor.

Turkey has adopted a forward leaning military posture since the summer of 2016 to ensure that security threats emanating from Syria no longer threaten the Turkish border towns. Both the Euphrates Shield and Afrin operations accomplished this goal to a large extent by pushing the YPG, Daesh, and regime control away from the border. A large-scale military operation by the regime against Idlib would upset the hard-achieved stability in the areas controlled by Turkey and Turkish-supported opposition groups. It would not only weaken Turkey’s ability to manage the humanitarian challenges on the ground but also threaten Turkish border security.

The most difficult part for Turkey will probably be ensuring that the HTS are removed from the buffer zone areas. The continued HTS presence has given the Assad regime an excuse to make a case for attacking Idlib. While it is extremely difficult and unrealistic for Turkey to eliminate HTS completely, the agreement gives Turkey time to force the group’s hardcore elements, which are in fact in the minority, to separate from the more local Syrian fighters and leave the area. This will be critical in removing the Assad regime’s excuse to attack Idlib.

In strategic terms, Idlib is the last bastion of the moderate opposition supported by Turkey. The agreement would require the opposition to pull its heavy weapons out of the buffer zone, which would remove the chance of an imminent clash with the regime forces supported by Russia and Iran. It is not yet clear whether Iran would abide by this agreement but it was already clear that Iranians did not necessarily alienate Turkey at this point. It would be extremely difficult for the regime to launch an offensive on its own without Iran’s help. If the opposition can feel somewhat secure as a result of this agreement, given that Turkish troops will be patrolling the buffer zone, they may be able to focus on other priorities such as providing security and confronting al-Qaeda related groups.

Turkey’s diplomatic success may have just saved thousands of innocent lives as well as yet another unnecessary humanitarian crisis. However, the Assad regime will certainly seek to take over Idlib eventually. If the Turkish-Russian deal succeeds, the opposition can survive and the contours of a future political deal can be based more on realities on the ground rather than the political goals of the Assad regime.