Turkey’s Idlib deal gave the rebels one more month to consider their options. It gave Turkey another month to make its preparations for the worst case scenario. It also presented another successful test for the Turkish-Russian cooperation in Syria. 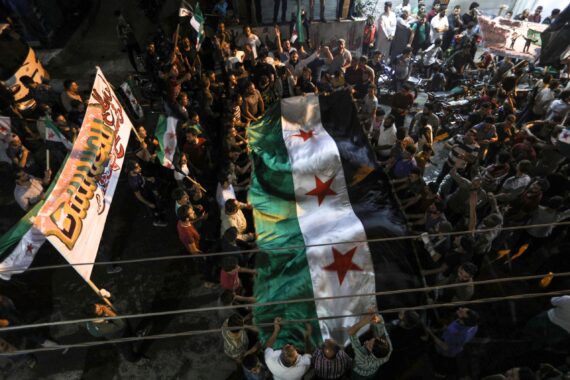 By coming to an agreement with Russia, Turkey has allowed a month for the Syrian rebels to lay their options on the table. Getty Images

Turkish President Erdogan met his counterpart Putin in Russia’s Sochi on Monday. In a joint news conference with Erdogan, Putin stated that “We agreed that by October 15 (we will) create along the contact line between the armed opposition and government troops a demilitarized zone of a depth of 15-20 km, with the withdrawal from there of radically-minded rebels, including al-Nusra.” Further, he also expressed that the Turkish and Russian mobile patrol units will monitor the demilitarized zone. The agreed points were released days after the meeting but the list just adds a few more details to the statement on Monday without changing the substance.

The buffer zone to separate the hostile forces with a demilitarized corridor surrounding Idlib sounds all good. This is exactly what Turkey wanted to achieve as the Idlib deal is going towards a sharp edge. Nevertheless, there is a significant caveat in this deal: the expiration date. There is a reason why Putin specifically referred to October 15. What happens if the projected demilitarized zone cannot be established by then? What happens if the groups in Idlib refuse to return their heavy arms to show no threat to Russia? What if an actor from inside or outside of Idlib spoils the process by an attack of provocation? These are all significant questions worth to think about.

But no matter what, Turkey’s Idlib deal gave the rebels one more month to consider their options. It gave Turkey another month to make its preparations for the worst case scenario. It also presented another successful test for the Turkish-Russian cooperation in Syria. Especially Iran seemed to be less proactive towards the final decision of Monday. With the diminishing pressure felt from the Assad and Iranian regimes, Turkey and Russia will find a lot more to agree on.

As for Iran, they must have no hard feelings. As Turkey did not spoil their plans to maintain security around Damascus and further down the south, Iran should and seems like did respect Turkey’s concerns just across its border in Idlib. Perhaps it was not Iran but Russia who came to this conclusion and kept Iran out in the most recent phase of the deal, but regardless of that, Turkey and Russia should be and for now are the actors to negotiate over the fate of Idlib. This intermediary solution over Idlib is still just a plan whose implementation will be challenging. Further, it is more like a temporary resolution until the involved actors decide and negotiate what to do next.

And finally, this deal is just about Idlib and does not cover the neighboring Tel Rifaat let alone the rest of Syria. But all these concerns do not make the Idlib deal a bad one. This plan was needed for its implementation and for a long-lasting resolution in Idlib. Simply, you cannot continue without a start even though there is still a long path to walk through from Idlib to Tel Rifaat and to the rest of Syria. But you have to start from somewhere and, at this stage, it is Idlib.

What Turkey needed in Idlib was a stable situation in the city that will not destabilize Turkish territory across the border and will not harm the Turkish-Russian deal. Turkey so far has been onto this goal but the question as to what will happen to the Hay’at Tahrir al-Sham (HTS) is still a question to decide about. In their recent statements, some pro-HTS accounts showed no sign of change in their hostile attitudes toward Turkey and Russia.

It almost seems like some rebel factions think that Idlib will not be like Northern Aleppo, Deraa, or Eastern Ghouta. It almost seems like they are confident that they will not lose a possible battle in Idlib. Yes, they can perhaps go underground and plan for a long-lasting insurgency in Idlib. But the simple fact about a possible Idlib offensive will guarantee a large-scale demolition of the city and loss of lives in great numbers. We will see whether we can see some sense of responsibility and rationality from the involved actors and we do not have much time to see the result as the expiration date of October 15 will come fast.