Can Turkey’s Artificial Intelligence Strategy Be a Game Changer?

Turkey's publication of the national artificial intelligence strategy is vital as it "officially" brought Turkey into the AI race. 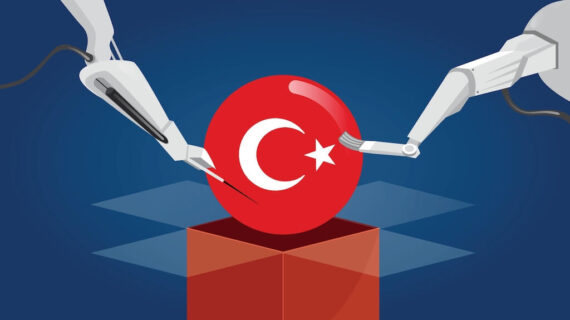 Turkey has unleashed its AI strategy joining 24 others countries who did so. Image by Mesut Ugurlu, Getty Images

By August 2021, more than 50 countries have announced their National Artificial Intelligence Strategies (NAIS). On August 24, 2021, Turkey joined these countries by publishing a 100-page document, where it announced its full AI road map for the next five years (2021-2025). At the beginning, the strategy provides a general background of the global developments and trends in the field of AI and the current situation in Turkey.

Subsequently, the document touches upon the main AI values and principles that are adopted in the current AI strategy such as, respect for human rights, democracy, and the rule of law or the principles of proportionality, fairness, and privacy. At the end, the document touches upon the main strategic priorities and objectives of the Turkish government for the next five years followed by a detailed explanation of the mechanisms of governance that will be created for the implementation of NAIS and the coordination of the process.

Prepared by the Digital Transformation Office of the Presidency of the Republic of Turkey and the Ministry of Industry and Technology, the strategy, among others, laid out Turkey’s aims to increase the share of artificial intelligence in its GDP to 5%, open 50,000 new jobs in the sector, and increase the number of AI postgraduate students to 10,000 by 2025. Within the same period, Turkey plans to become among the top 20 countries in the international AI indices.

In its National AI Strategy, Turkey laid out six main strategies to be implemented.

Furthermore, for the effective implementation of the measures and action plans laid out in the national AI strategy, there is a two-layered governance mechanism. The first layer is related to the strategic coordination (National Artificial Intelligence Strategy Steering Mechanism), while the second layer focuses on the administrative and technical coordination (AI Ecosystem Administrative and Technical Governance Mechanism). This mechanism consists of six main elements: (i) Strategy Monitoring, Evaluation, and Steering Bodies; (ii) Administrative and Technical Coordination Bodies; (iii) Guidance and Guides; (iv) Technical Infrastructures and Platforms; (v) Data Spaces; and (vi) Implementing Institutions.

Going into more detail, the first layer, that of the strategic coordination mechanism, comprises three of the above mentioned elements, namely Strategy Monitoring, Evaluation and Steering Bodies; Administrative and Technical Coordination Bodies; and Implementing Institutions. Within this context, a National Artificial Intelligence Strategy Steering Committee will be created. Concurrently, two other bodies under the Steering Committee, namely the AI Ecosystem Advisory Group and the Action Plan Coordination Groups, will be created as well. These two bodies are essential in terms of the implementation process as they are directly related to the monitoring, suggesting, and preparation of action plans.

For Turkey, declaring its own national AI strategy is an important step to becoming more influential in international affairs and is highly important for tangible reasons. First and foremost, there is an ongoing AI race between several countries, with the U.S. and China at the forefront. At this point, the publication of the national strategy of a country is vital as it “officially” brought Turkey into the AI race, bolstering its competitiveness regionally and globally. Having a leading role in the AI industry is key for a global leadership role and a determinant in power struggles. Countries with an effective national AI strategy will have higher chances to leapfrog towards global leadership.

It is imperative for Turkey to announce a road map on how it intends to apply AI in the military.

Most national AI strategies focus mainly on maximizing societal benefit. However, AI is a military trump card with a major impact on global AI competition and the concomitant strengthening of national security. It is very important that Turkey’s national AI strategy takes into account the military aspect. Leading countries in AI R&D such as the U.S., China, and Russia have indicated their intentions to use AI in the military field and increase their advantage. Turkey’s current national AI strategy does not have specific indications on how AI will be applied in the military, and it is imperative that in the following years Turkey announces a road map on how it intends to do so.

Another reason why the announcement of a national AI strategy is important is related to R&D. The strategy itself, by providing a road map, prompts research, development, and the adoption of AI. In this regard, Turkey’s national AI strategy is extremely adequate as it clearly specifies the main steps that need to be followed by respective institutions. Specifically, it prescribes the creation of new institutions that will use AI R&D including the Department of Big Data and Artificial Intelligence Applications under the Digital Transformation Office and the TÜBİTAK Artificial Intelligence Institute.

Furthermore, to increase AI R&D, Turkey declared that AI-oriented venture capital funds will be established and scaled up. This is a very important step considering that the global AI funding has increased extensively in the last years.

Seen from such a perspective, Turkey’s national AI strategy seems to be effective; however, as mentioned previously, the announcement of a national AI strategy is only a first step. Now, Turkey has to focus on the application of AI and the maximization of its benefits. It is noteworthy to mention that the more efficient the adoption of the national strategy, the greater the gains will be for Turkey. 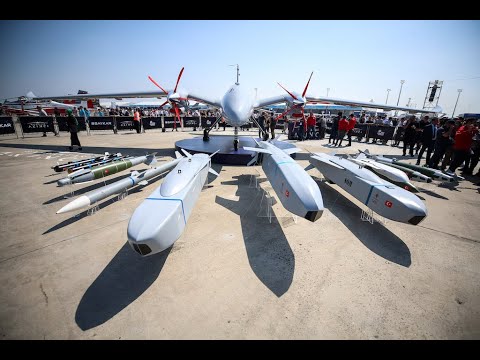 In terms of AI application in Turkey, there are several successful examples that can be mentioned, especially in terms of military application. AI-augmented unmanned aerial vehicles (UAVs) produced by Turkey’s state-owned company STM such as KARGU®, ALPAGU®, and TOGAN® are great examples of Turkey’s capabilities in the AI race. At the same, STM is developing two other very promising projects based on AI: the Swarm Intelligence UAV Project and the Kerkes Project.

In the same context, as announced in April 2021 by Selçuk Bayraktar, the CTO of Baykar, Turkey aims to be among the first countries to have an entirely AI-controlled unmanned warplane, which is expected to become operational in 2023. If successfully developed, these projects will be a game changer in warfare and, without any doubt, will provide Turkey with a strategic advantage both regionally and internationally.

These examples show that Turkey places great importance on AI R&D and its application, especially in the military field. The newly published national AI strategy, reveals that Turkey aims to be among the leading countries in the field. Indeed, this is very important as it coincides with the independent foreign policy that the Turkish government has been following in recent years.

Specifically, Turkey has tried to decrease its political, economic, and military dependence on other great powers, such as the U.S., considering that in many cases, the interests of Turkey and global powers have clashed – for example, in the cases of the F-35s, the PKK/YPG, the S-400s, etc.

Turkey has developed an independent and pragmatic foreign policy with its national interest at its core. Being successful at AI application could decrease Turkey’s dependence on other countries even more, further improving its regional role and performance. 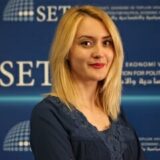 Gloria Shkurti Özdemir is a PhD candidate at Ankara Yıldırım Beyazıt University and writing her dissertation on the application of artificial intelligence in the field of military. Her research interests include U.S. foreign policy, drone warfare, and artificial intelligence. Currently, she is a researcher in the Foreign Policy Directorate at SETA Foundation and also working as the Assistant Editor of Insight Turkey, a journal published by SETA Foundation.