Muslims are tolerated only so long as they do not make any political claims. When they become politically active, Islamophobia flourishes. 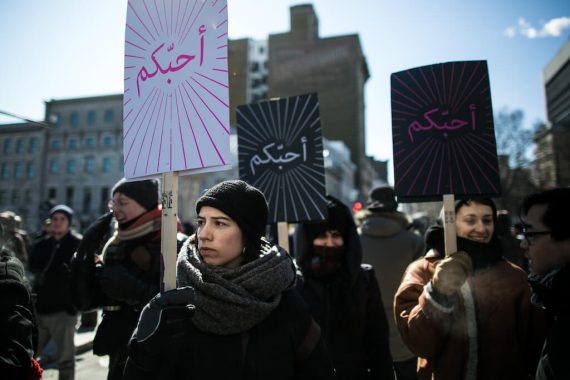 Despite the national outrage caused by last summer’s terrorism attack in London, Ontario, when a right-wing extremist used his truck to target and kill four members of a Canadian Muslim family, Islamophobia continues to persist in Canadian politics. Earlier this month, the Alliance Citoyenne Quebec, a marginal party competing in next month’s municipal elections, issued a statement declaring that: “Islam is contrary to fundamental Quebec values. Islam is a cancer that is slowly growing inside Quebec society.”

The statement was released by the proudly Islamophobic party’s candidate for mayor of Quebec City, Alain Giasson, in response to the candidacy of Boufeldja Benabdallah. Benabdallah is running in the Cap-aux-Diamants district for Équipe Marie-Josée Savard, the heir-apparent of outgoing mayor Régis Labeaum, who will be stepping down from politics.

Giasson told CTV News that: “The trigger [for the statement] was the fact that the co-founder of the Islamic Cultural Centre of Quebec [Benabdallah] is up for election… His whole adult life in Quebec City, he has worked very publicly for the Islamization of Quebec.”

Read: “How Did We Get Here?” Islamophobia and Anti-Arab Racism in Canada

This justification is even more startling considering that in 2017, six Muslim men were shot dead at the Islamic Cultural Centre. The murder victims were: Ibrahima Barry, 39; Mamadou Tanou Barry, 42; Khaled Belkacemi, 60; Aboubaker Thabti, 44; Abdelkrim Hassane, 41; and Azzedine Soufiane; 57. Nineteen other worshippers were injured.

After decades of campaigning, Benabdallah helped to launch the region’s first Muslim cemetery in 2019. Giasson cites this move as proof of Islamization. Benabdallah, who has lived in Canada for more than 50 years now, told media that: “I was really hurt that there are still people who don’t see me as a citizen, who just see me as a religion.”

Although the party’s statement was subject to a hate speech complaint, Elections Quebec, the agency that oversees campaigns across the province, refused to intervene because of its proclaimed “neutrality,” saying that there is “no Quebec law that addresses the content of political platforms.” Note, this comes only months after the national government held a conference on the importance of combatting Islamophobia in Canada.

Unfortunately, Islamophobia in Quebec is not limited to the fringe right, either. A Radio-Canada poll that coincided with the mosque attack found 23 per cent of Canadians and 32 per cent in Quebec favored a ban on Muslim immigration. Perhaps this helps to explain the amnesia facing many Quebecois over the long-term trauma of such an attack: despite long overdue moves by the national government, Professor Jasmine Zine points out that the “Québec Premier François Legault [recently] rejected a proposal to have January 29 [the anniversary of the attack] declared a Day of Action Against Islamophobia, saying there was ‘no Islamophobia in Québec.’

Unfortunately, Islamophobia in Quebec is not limited to the fringe right, either.

He later backtracked by qualifying that discrimination exists but is not widespread.” This comes only two years after publicly stating that he did not “really” believe Muslim women “who say they have been the target of Islamophobic incidents”.

Why does the presence of a political Muslim subject still cause such hatred and fear in Quebec, to the point that Islamophobia and anti-Muslim racism continue to go unrecognized? And why is such hate speech not violating the secular laws of neutrality?

In Quebec, the majority of its citizens are still Catholic, and historically the Catholic Church “took advantage of this situation to guide the French-Canadian population through institutions and symbolism.” Although Québécois finally started to embrace secularism with the rest of Canada, spurred on by the Quiet Revolution (1960–1970), many Quebecois still saw – and continue to see – other religions as a threat to their own Christian identity.

As Quebec has increasingly become more multicultural with the arrival of new immigrants, the divisions have intensified. The white, Francophone population often express their outrage towards demands from minorities who request reasonable accommodation for their religious practices. The government of Quebec eventually created the Consultation Commission on Accommodation Practices Related to Cultural Differences in 2007. However, the resulting report further erased the presence of religious difference in the province by “recommend[ing] that agents of the state be banned from wearing any religious symbols.”

This is why earlier this year, the Quebec Superior Court upheld the new Quebec law barring civil servants in positions of “authority” from wearing religious symbols at work, saying that “Quebec had the right to restrict the religious symbols donned by government employees.” The law mainly targets Muslim women and members of other minority religions, not Christians, which demonstrates a clear bias against some groups over others.

This is a key feature of the brand of secularism that Quebec has embraced, after the French model. This kind of secularism claims to be neutral, instead of geographically linked to the West and favoring Christianity. As a result, other religions are marginalized.

Today, the problem of Islamophobia and anti-Muslim hatred is not limited to Quebec or Canada; a significant portion of Western society also questions if Muslims can be good citizens. Many scholars now argue that Muslims are perceived as dangerous or threatening to society if they are openly Muslim. The result has been stark: Muslims in the West are tolerated only so long as they do not make any political claims and practice their religion in private. When Muslims do become politically active, Islamophobia flourishes. Although the national conversation is improving, the stark reality is that almost half of Canadians (46%) still viewed Islam unfavorably in a 2017 poll conducted by the Angus Reid Institute.

Muslims in the West are tolerated only so long as they do not make any political claims and practice their religion in private.

Fortunately, the Alliance Citoyenne Quebec is a marginal party: in the previous election, Giasson only received 0.61 per cent of the vote. Furthermore, in 2017, the party ran 13 candidates, whereas only five are running this year on election day, November 7. Nevertheless, it should not take two massacres for Canadian politicians to firmly address the scourge of Islamophobia that persists in Canadian society and politics. The country’s secular institutions are only fueling the problem, not offering any working solutions. 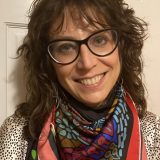 Dr. Sarah Marusek is a Writer, Editor and Scholar. Her latest publications are: 'Tomorrow and tomorrow and tomorrow: Social justice and the rise of dystopian art and literature post-Arab Uprisings', Faith and Resistance: The Politics of Love and War in Lebanon, 'Beyond secular liberalism: Islamic activism in Lebanon', 'Inventing terrorists: The nexus of intelligence and Islamophobia', 'The transatlantic network: Funding Islamophobia and Israeli settlements'.