Chad’s Withdrawal of Half of Its Soldiers from G5 Sahel: Will it Have Implications?

Looking inward and withdrawing soldiers from the G5 Sahel force could weaken the regional efforts to curb the spread of terrorist groups into other neighboring countries. 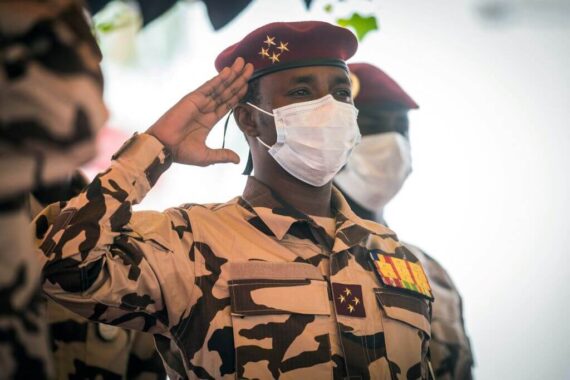 Mahamat Idriss Deby pays his respects near the coffin during the state funeral for his father Chadian president Idriss Deby in N'Djamena, on April 23, 2021. Photo by CHRISTOPHE PETIT TESSON/POOL/AFP via Getty Images.

Chad contributed 1,200 troops to the G5 Sahel forces since 2017, until recently when its authorities announced the recall of 600 troops from the regional front, half of its contingent, “in order to redeploy them to better adapt to terrorist organization.” This decision came after France also announced in June that its operations in the Sahel to combat the militants, also known as Operation Barkhane, will be reduced from 5,100 soldiers to 2,500-3,000 by early next year.

The reasons behind Chad’s decision are not far to seek. The country is battling domestic instability after the offensive launched by the Chadian rebel group Front for Change and Concord in Chad (FACT), on 11 April 2021 – the same day as the country’s presidential election – in the northern Chad led to the death of the incumbent President, Idriss Déby who seized power in 1990 in a coup that overthrew President Hissene Habré, for whom he had served as head of the army.

Although the killing of President Déby on the battlefield was shocking because he was poised to win the election and thus extent his 30-year rule. But his presence on the battlefield was not unusual, as he was known to have led many battles against rebel attacks during his rule; in 2006, 2008 and 2019, his forces (with the support of the French army) successfully defended themselves against rebel attacks. These moves also helped President Déby’s image as a powerful leader. He surged in popularity among young Africans in April 2020 after he led a counterattack against the Boko Haram that had just killed about 100 Chadian soldiers in Lake Chad.

The political situation took another turn in Chad when the presidency announced a day after the death of the President, that Idriss Déby’s son, General Mahamat Idriss Déby will take over as the president in place of his father. This move was termed an “institutional coup” and was rejected by opposition leaders and rebels who called for the return to civilian rule.

In August, the Transitional Military Council which initially refused to dialogue with the rebels and claimed victory over them in May, invited the rebels to participate in national dialogue. Yet, threats and challenges from the armed opposition groups remain, which give an insight to why some of the 600 soldiers that were withdrawn by Chad from the G5 Sahel force are those with heavy weapons.

Also, the withdrawal of these soldiers could deepen the security crisis in the African Sahel and affect the counterterrorism efforts. Sahel is highly competitive at the international level and a strategic location for its countries. The region stretches from the Atlantic Ocean eastward through northern Senegal, southern Mauritania, the great bend of the Niger River in Mali, Burkina Faso, southern Niger, northeastern Nigeria, south-central Chad and into Sudan.

There are four main terrorist groups active in the Sahel region today. These are the Islamic State in the Greater Sahara (IS-GS), which is in Mali, Niger, and Burkina Faso; the Islamic State-West Africa Province (ISWAP) and Boko Haram which erupted in 2009 and active in Nigeria, Cameroon, Chad, and Niger; and the Jama’at Nasr al-Islam wal Muslimin (JNIM) which is considered the Saharan branch of Al-Qaeda.

The major concern in the Sahel region is that, despite the combined efforts from the G5 Sahel force, attacks have escalated, and violent activities have spread rapidly due to the alliances between terrorist groups to expand their presence in the border region between Burkina Faso, Mali, and Niger.

Chad’s military is the most effective Sahelian force engaging in regional counterterrorism operations and withdrawing the soldiers from the tri-border area of Mali, Burkina Faso and Niger would relieve the terrorist groups of pressure in the region.

Burkina Faso and Niger have witnessed an upsurge in recent attacks. The insurgency in Burkina Faso started in 2016, and the attack on 4-5 June 2021 was considered the deadliest since the crisis began. The local authorities reported that gunmen killed at least 132 civilians when they attacked the town of “Solhan” in the Sahel region of northern Burkina Faso. Meanwhile, Niger also witnessed similar attacks this year, in which at least 137 civilians were killed.

Also, in northeastern Nigeria and Lake Chad, the killing of Boko Haram leader Abubakar Shekau created a new dimension; ISWAP took control of most of what remained of Boko Haram, with the surviving members of Shekau being incorporated into ISWAP. There are also reports of cooperation between criminal gangs and terrorist groups to spread to new areas in the northwestern Nigeria.

Chad is the largest troop contributor to the U.N. peacekeeping mission in Mali, known as MINUSMA, with over 1,400 Chadian soldiers stationed there in as of July 2021. Recent reports also showed that Chadian MINUSMA soldiers have been active against JNIM. On April 2, for example, a major JNIM attack on a MINUSMA outpost in northern Mali was repelled. Thus, the withdrawal of the Chadian forces could increase the workload of the UN mission in northern Mali, and benefit Jama’at Nasr al-Islam wal Muslimin (JNIM).

Finally, while Chad is looking inward so as to secure its stability which the international community sees as vital due to its role in the counterterrorism efforts in the Sahel, it would be better to accompanied it with a political solution through finding common areas between the military and the oppositions.

Although, looking inward and withdrawing soldiers from the G5 Sahel force could weaken the regional efforts to curb the spread of terrorist groups into other neighboring countries. It could also cede terrain to any of the deadly groups in Sahel and bring their deadly incursions closer to the Chadian borders and terrains, except if other countries in the G5 Sahel, such as Mauritania, Burkina Faso, and Niger all increase their efforts. 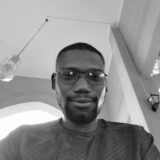