The question is what brings France to the Sahel region, thousands of kilometers away from its borders. 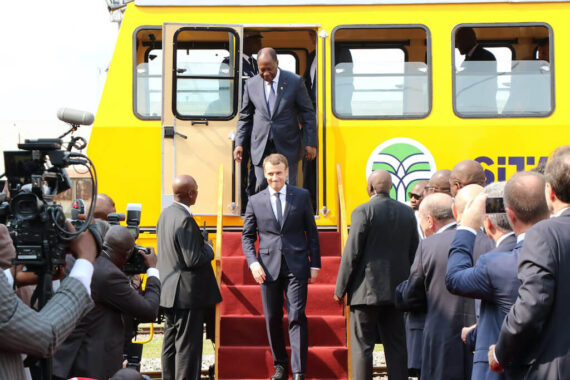 After nearly three decades of rule and a ceaseless subordination to the interests of France, the killing of Chadian President Idriss Déby comes as a bombshell at a time when France is struggling to obtain the support of its European partners in its endless war in the Sahel, costing thousands of lives and nearly a billion euros per year.

In early April, at the Forward Operating Base (FOB) of Ménaka in Mali, in the heat and dust, the French and the Czech inaugurated the headquarters of the Takuba Task Force comprised of European special forces. It is the first of its kind. “It’s a laboratory for European defense,” said Florence Parly, the French minister of the armed forces.

In addition to the Czech contingent, Estonians, Swedes, and Italians are already participating in Takuba, bringing the total number of soldiers to 600, of which nearly half are French. The partners are very discreet about their special forces and do not divulge the precise figures of their soldiers there.

The Sahel, from the Atlantic coast to Sudan, is experiencing the worst escalation of violence in the last decade. The Sahel includes the five states of the G5 Sahel, a regional security group that includes Mali, Niger, Mauritania, Burkina Faso, and Chad. In 2013, François Hollande sent French armed forces to the Sahel countries with the motive of fighting terrorism.

Groups such as Boko Haram and Daesh (ISIS) are active in these countries. However, for eight years now, the record is not glorious. In 2020, nearly 2,400 civilians were killed in clashes in Burkina Faso, Mali, and Niger according to the Armed Conflict Location & Event Data Project (ACLED), an NGO working in the region. Two million people have been forced to leave their homes.

Internationalization of the war and French influence

“No jihadists. It doesn’t stop,” complains a schoolteacher chosen as spokesman for his fluent French in a village about 20 kilometers from Gao, in northern Mali. “The French, the Estonians, the Dutch, the Germans… come here every week. They ask what we need. But they never do anything,” he says to the Estonian soldiers  watching the village’s surrounding area.

Since March 2018, about fifty infantrymen from the prestigious Estonian Scouts Battalion have been deployed under a tricolored French command. They protect the huge base of Gao and intervene in a perimeter of about twenty kilometers. Several of them were injured in July 2019 during a suicide attack. Yet, Tallinn, which is an unwavering ally of Paris, has promised to double its detachment in the Sahel: in December, the parliament gave its approval to send a total of 175 men. 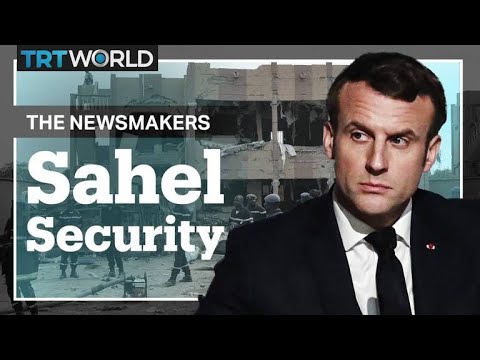 VIDEO: Has France Failed in the Sahel?

But what are the Estonians doing in the depths of Mali? For the small Baltic state, the military threat is indeed in the east, where Russia is flexing its muscles. According to the Estonian defense minister Jüri Luik, the involvement of the Estonian Defense Forces (EDF) personnel in protecting E.U. members like France in the south comes in return for NATO protecting Estonia in the east., via ground troops at Tapa and air policing at Ämari.

The Enhanced Forward Presence (EFP) is an arrangement put in place in Eastern Europe by NATO at the 2016 Warsaw Summit. While the Estonians generally avoid saying it too openly, it is an example of transactional diplomacy: in exchange for the commitment of a detachment of 300 Frenchmen and their Leclerc tanks in the framework of the EFP, Tallinn participates in Operation Barkhane, an ongoing operation started in 2014 and led by French military against terrorist groups in the Sahel. Officially, they tend to call it “solidarity.”

For General Riho Terras, a member of the European Parliament (European People’s Party, EPP) who commanded the first forces deployed by Estonia to Africa in 2018, it is also a matter of Estonia gaining value in the eyes of its most powerful Western partners. “We show our commitment to the Alliance,” Terras explains. “We did it with the Americans in Iraq and with the British in Afghanistan. For Estonia, participating in a French operation or a NATO operation is the same thing,” he states.

The fifty soldiers present in Gao do not fundamentally change the balance of forces on the ground. But they allow the French command to redeploy some of its own troops for combat missions. For their part, the British have provided three Chinook helicopters since 2018 and the Danes two Merlins in 2019. The French army, on its part, does not have such heavy machines. The latter can move cargo or soldiers in large numbers closer to the fighting.

When examining the details of the arrangements, each country has imposed its own restrictions, which reduce the room for maneuver for the French command. London, for example, refused to allow its heavy helicopters to take part directly in the fighting. Its airmen had to avoid putting their men and equipment at risk. When there was a risk of an exchange of fire, the Danes took over. They were allowed to approach the front line, but only during the day.

The crash of one of their aircraft in Afghanistan in 2014 has shown that the crews have not sufficiently mastered nighttime maneuvers. So, the French have to juggle these constraints. At night, they fly the British. Near combat zones, they fly the Danes. If it is night and a collision is possible, they have to manage on their own.

The gradual establishment of a new special forces detachment such as the Tabuka Task Force,  changes the situation somewhat. Now, European soldiers integrated into the tricolored ranks will go with them to the front line. Launched by France at the Pau Summit in January 2020, this initiative aims to strengthen and coordinate international military action in the Sahel. Senior French officers from Operation Barkhane will organize the operations.

The concept, which initially aroused some skepticism, has finally won over Estonia, Sweden, the Czech Republic and, recently, Greece. It is said that officers of the French special forces managed to convince their counterparts that the Sahel would provide them with a particularly rich training ground. They then convinced their supervisory authorities. Details of the number of troops have yet to be specified.

Even for countries which prefer to invest in development rather than in hunting terrorists, being in the line of fire is essential to maintaining a high level of technical competence and learning inter-allied and multinational work. It also helps to harden the troops. It was in this spirit that Denmark sent heavy-lift helicopters, first to Afghanistan in 2014 and then to the Sahel.

They left Africa at the end of 2020, in preparation for possible deployment to Iraq. These short one-year mandates allow them to accumulate experience without getting involved in the search for political and strategic solutions.

Usually, the French military is reluctant to consider multinational operations that are too restrictive. In 2013, they did not hide their pride in having led Operation Serval almost single-handedly. But the conflict continues with no real prospect of victory or exit.

In June 2018, Paris launched the European Intervention Initiative (E2I). With the EII, there is no longer any need to submit to the procedures – considered too cumbersome – of the Common Security and Defence Policy (CSDP) in order to mount a joint military operation: the agreement of willing states is enough. The E2I now includes Belgium, Denmark, Estonia, France, Finland, Germany, Italy, the Netherlands, Norway, Portugal, Spain, Sweden, and the United Kingdom, whose defense commitments are unaffected by Brexit.

Internationalizing the intervention in the Sahel allows France to weaken claims of imperialism – even if no meeting of any actor in the Sahel, including at the local level, is held without a representative of Operation Barkhane. 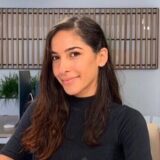