Algeria, Morocco and Tunisia are constructive partners for Libya and their contributions seem to have been largely welcomed by the Libyans and the United Nations. 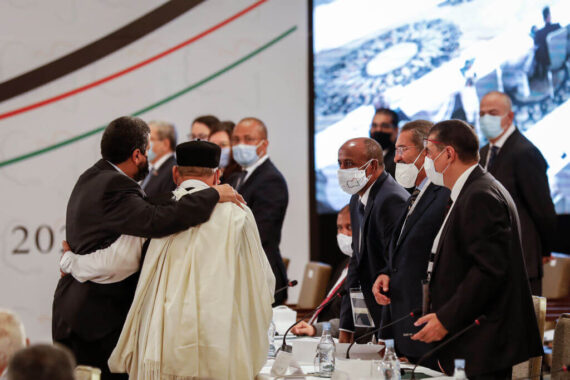 Recently, there have been a number of high-profile meetings between the leadership of Libya’s Government of National Unity [GNU] and that of Tunisia, Algeria and Morocco. Besides hosting discussions and affirming their support for the political transition and further cooperation on security, several economic deals have been announced.

Libya and Algeria agreed to resume flights, reopen land borders and launch maritime lines and on the measures to boost trade and investment. Following a visit at the end of May by Tunisia’s Prime Minister, Libya and Tunisia concurred on facilitating border crossings. Morocco just hosted another round of intra-Libyan talks.

While to some, this may seem like a new tangent for Libya’s complicated foreign policy, it is actually a logical and healthy continuation of previous initiatives. Proximity, shared culture, interdependence and shared threats give the countries of the Maghreb common interests. Despite some different circumstances and the intense rivalry between Algeria and Morocco, all three countries have tried to appear neutral and offer constructive diplomatic assistance while attempting to limit any contagion to their own fragile situations.

Besides geography, the countries of the Maghreb share a lot of culture and history. In more recent times, the late Libyan dictator Muammar Qaddafi attempted coups against the leaders of both Morocco and Tunisia as part of his numerous, failed attempts at a larger union. There has also been discord between other members, notably Algeria and Morocco, who have longstanding differences, especially over the fate of the Western Sahara.

Despite all this, Algeria, Libya, Mauritania, Morocco, and Tunisia established the Arab Maghreb Union in 1989 to promote cooperation and economic integration. However, the issues that divided them proved too difficult to overcome and the organization quickly became dormant. Initially the poorest country in the region, the discovery of oil in the 1950s made Libya the richest nation and therefore an important economic motor for the whole Maghreb. Despite this new wealth, Qaddafi’s quixotic governance meant that Libyans often depended on their neighbors for goods and services.

Plenty to Deal with at Home

Besides good intentions, these three western neighbors may also have had domestic considerations for not getting involved militarily in the Libyan conflict. Without a source of considerable outside financing, it would have been very costly to start an unnecessary foreign adventure and these countries had plenty of drama to deal with. Having overthrown the authoritarian rule of President Zine el-Abidine Ben, Tunisia was going through many growing pains with its more open politics.

There was intense competition between Islamist and more secular parties. A truth commission appointed to investigate human rights violations of previous regimes accused President Beji Caid Essebsi of committing crimes while serving in the government of Ben Ali’s predecessor, Habib Bourguiba. Essebsi died while in office in 2019. The process to replace him was somewhat ambiguous and a formal constitutional court had yet to be established.

Algeria had gone through its own civil war from 1991-2002 and had remained under emergency law until 2011. During the period of the Libyan crisis, long-time President Bouteflika had serious health problems and there were numerous protests demanding more freedom and political change. Following massive street protests, Bouteflika resigned in 2019.

Morocco has continued to deal with its conflict in Western Sahara with the Polisario Front, which rejects its 1975 annexation of the territory.  Following the Arab Spring, Morocco engaged in its own reform program. While avoiding the intense disturbances of many of its neighbors, some tensions have remained.

Besides the issues that they have sometimes foisted on each other, the Maghreb countries share many other concerns like radical cross-border groups and pressure by the European Union to stem the flow of migrants. People also flow within the region. After the fall of Qaddafi, an estimated 200-400,000 Libyans decamped to Tunisia [out of a population of around 11 million].

Several thousand Tunisians fought for jihadist groups in the Middle East or Libya between 2011 and 2016. Besides being the closest major theatre of operations, Libya also served as a launching pad for attacks like that of Daesh attack on the border town of Ben Guerdane, allegedly motivated by an air attack on its training base.

Tunisia reinforced its patrols and built a sand barrier covering 168 of the 468 kilometres of its porous border with Libya. An estimated 600 Tunisian extremist jihadis are reckoned to remain in Libya, primarily in the south. Others continue to fight in other countries, including the nearby Sahel region. Though reduced, the threat has not disappeared but the security restrictions are a heavy burden on the economy, particularly for pastoralists and other border communities.

Like Tunisia, Algeria shares a border with Libya and has been worried about infiltration by  Al-Qaeda in the Islamic Maghreb [AQIM] like the attack on gas facilities at Ain Amenas and a possible return of radicalized Tuaregs who had served in Qaddafi’s paramilitary “Islamic Legion” such as happened in Mali. The Government reinforced its border with Libya by deploying an additional 30-40,000 troops but like Tunisia, it also has to worry about security restrictions disturbing border livelihoods.

Morocco does not share a border with Libya, but some recruitment of fighters to go to Libya is alleged to have taken place there.

While Tunisia, Algeria and Morocco are concerned by issues in Libya, it is worth remembering that the southern part of Algeria is in the Sahel region and Morocco is close by, if not formally part of it. Several countries of the Sahel are experiencing serious problems of violent Jihadi attacks, inter-ethnic conflict and coups besides chronic issues of extreme poverty and climate change.

Even though they not among the most affected, the Maghreb nations must be watchful of threats and spillover coming from the Sahel as well. Morocco has started to take a keen interest in developments and has started to play a role in the G5 Sahel force.

Read: Where Does Libya Fit in Biden’s Foreign Policy Priorities?

Both Algeria and Morocco contributed to the Libyan Political Agreement [LPA] signed in 2015 at Skhirat that led to the Government of National Accord [GNA], which was supposed to be the start of a previously envisaged transition. Tunisia has acted as a focal point and staging post for diplomacy and politics in Libya, hosting displaced embassies, international organizations and NGOs, on top of its diplomatic efforts.

All of them have continued to host diverse talks. As neighbors, they are directly affected but despite making important diplomatic contributions to solving the conflict, they have often felt sidelined in the peace process. Given their proximity and intertwined security and economic interests, it is normal that Libya’s Maghreb neighbors seek to solidify relations and contribute to its stability.

Besides their hard interests mentioned above, all three countries benefit being seen as useful mediators and constructive partners. Though opinions can differ over time and from person to person, these contributions seem to have been largely welcomed by the Libyans and the United Nations – at least if we judge by the fact their services continue to be used. 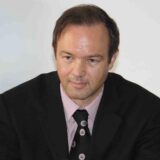 Also Read
In the Name of Democracy, Libya Must Postpone the Elections