Democratization of the Republic through Presidentialism

The current constitutional reform in Turkey puts a premium on democratic politics in the face of extra-political forces and pushes political parties to address the whole society in order to get elected. 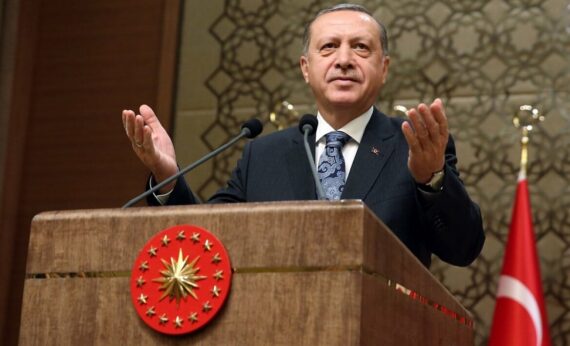 Turkish politics is currently polarized by the debate over a constitutional reform bill. The ruling Justice and Development Party (AK Party) and the Nationalist Movement Party (MHP) have jointly proposed a constitutional reform bill to shift Turkey’s parliamentary system towards a presidential system. These two political parties defend the bill by arguing that it will boost Turkey’s democracy. Yet the opposition, the Republican People’s Party (CHP) and the People’s Democratic Party (HDP), strongly oppose the bill by claiming that it will lead Turkey into an authoritarian one-man rule.

The opposition contends that the new constitution weakens the parliament to the extent that the presidency amasses all the powers in its hands. This will leave the government without a system of checks and balances and end the rule of law. So it sets forth a regime change, namely the end of Turkey’s republican order. The AK Party and the MHP, in response, propound that the new constitution provides better conditions for reflecting the popular will in the government. So it does not end Turkey’s republican order; on the contrary, it improves the republican order by empowering the society over extra-political forces such as the military and civil bureaucracy.

Indeed, this debate reveals the main fault line in Turkish politics. Turkish politics is primarily determined by the conflict of two historical blocs, the secular middle class and the masses in the periphery. The secular middle class, which constitutes the minority in society, figures that its interests will be best served as long as the parliament holds the central place in politics. The peripheral societal forces, which constitute the majority in society, seek to push the executive to the center in politics. The former believes that the minority will have more say in politics as long as the parliament holds a focal point. The latter thinks that the majority will get its due share in power as long as the executive occupies the central place in the political system.

To put the matter in a historical perspective, the majority’s choice of positive view of democracy is tenable. The secular middle class organized around the bureaucracy ended the Ottoman monarchic regime in 1922 and established the republic in 1923. This regime change brought about another significant change, it ended the “neutral” state and replaced it with a “total” state. With this transformation of the state, the absolute separation of the state from society came to an end. The state and society, therefore, became enmeshed through political parties. The political parties became the most significant political actors.

Yet, the newly established republic was unable to deal with the disrupting effects of pluralism in society. The state found the solution in strictly separating itself from the society. It kept the parliament at the center of politics but the parliament was restricted to a political party, namely the CHP. The two attempts, one in 1925 and the other in 1930, to install multi-party systems failed.

Hence, the state under the control of the bureaucratic elite formed an oligarchic rule. It single-handedly decided on who should rule and be ruled. The nationalist-secular middle class values drove the line that divided the ruler and the ruled. The political actors with “secular” values were granted the right to rule, whereas the others with “conservative-religious” values were reduced to be ruled. Thus, the state evolved back to a neutral state. The state is off limits to society.

The period of 1950-2002 witnessed a process of controlled opening of the state to society. The bureaucratic oligarchy allowed a multi-party system. The political parties such as the Democrat Party in the 1950s and the Motherland Party (ANAP) in the 1980s dominated the parliament and challenged the hegemony of the bureaucratic elite. The former broke down after the military coup in 1960, whereas the latter collapsed within itself and lost its parliamentary majority after the leadership change.

Besides, from the mid-1960s to the 1980 military coup, the state lost control of the society. The parliament fell short of absorbing pluralism, and this unrestricted ideological polarization unleashed bloody clashes on the street, especially from the mid-1970s till the coup. In the 1990s, with the decline of ANAP, the number of parties in the parliament rose. The parliament absorbed pluralism to an extent, yet it failed to provide a working coalition government to sustain political stability. This weakness of parliament eventually pushed the state to a deep legitimacy crisis in the late 1990s.

However, after the AK Party came to power in 2002, power has gradually shifted from the secular middle class to the masses in the periphery. This power shift led to two important constitutional reform bills in 2007 and 2010. They were designed to curb the power of the bureaucracy. The constitutional reform in 2007 brought the popular election of the president. The presidential office, which was granted broad powers by the 1982 constitution, used to be elected by the parliament and served as a gate keeper for the bureaucratic oligarchy. The 2010 constitutional reform, on the other hand, reformed the judiciary system by limiting the powers of military courts.

These institutional changes were accompanied by the process of sociological equalization within the society. This change in the distribution of power in society and the loss of power urged the opposition to launch a new political discourse which targeted the AK Party with a negative view of democracy. It constantly criticized the government for establishing an authoritarian rule. In the meantime, the power vacuum in the bureaucracy was filled up by the Gülenists. Starting from 2012, the opposition and the Gülenists began to team up against the AK Party. The Gülenists attempted a coup twice. One through the Judiciary on 17 and 25 December in 2014. The other was through the military on 15 July 2016.

Upon these onslaughts against the government, the AK Party and the MHP agreed to embark on a new constitutional reform on 1 December 2016. The 2016 reform aspires to empower the political infrastructure of the country by shifting the government system towards presidentialism. It mainly seeks to shift the center of gravity towards the executive branch within the political system and strengthen democratic politics versus extra-political forces, namely the bureaucracy.

Presidentialism and the Republic

With presidentialism, the government seeks to strike a delicate balance between two opposing forces in society, pluralism and stability. Thus, on the one hand, it seeks to sustain pluralism in society by keeping the state open to the whole society. On the other hand, it struggles to maintain political stability by steering political parties to the center.

Indeed, this has been the basic motivation of the 1982 Constitution. It installed a multi-party parliament while introducing a 10 percent election threshold. More, it split the executive between the president and the council of ministers. The president, who was planned to be elected from the cadres of bureaucracy, was granted more powers and was supposed to keep the government in line with the bureaucracy.

The current constitutional reform shares the same motivation, emphasizing stability at the face of centrifugal societal forces, but with a caveat. First of all, it unites the executive by abolishing the office of prime minister. Second, it separates the presidential election from the parliamentary elections. Third, it deprives the parliament of its power of a vote of confidence. The parliament keeps its other powers that enable it to check and balance the executive, such as calling for new elections, debating and approving the budget, etc.

Thus, the constitutional reform that seeks to shift the government system towards presidentialism abides by the basic democratic norms. Moreover, it may serve to further the democratization of the country and create a better republic. Indeed, a republican order requires two conditions. First of all, it underlines the fact that rule is supposed to be a political rule, namely there should be no categorical difference between the ruler and the ruled. It is the rule by the people for the people. Secondly, the rule is supposed to be based not on power but rational discussion. Having equality and cultural and economic homogeneity among the members of the political community is a sine qua non of a republican order. These measures constitute its genuine and actual basis.

Furthermore, the current constitutional reform may endorse the process of sociological equalization and promotes cultural and economic homogeneity among the citizens without forsaking societal differences and pluralism. This is because it puts a premium on democratic politics in the face of extra-political forces and pushes political parties to address the whole society in order to get elected. In other words, it rules out coalition governments and shifts the center of gravity in the state towards democratic politics. In short, it gives priority to society’s will.