Russia’s heavy military intervention in Syria in the Fall of 2015 can be interpreted as part of a broader escalation strategy aimed at increasing Russia’s leverage against the Western alliance (i.e., NATO) in any future negotiations over Syria and Ukraine. 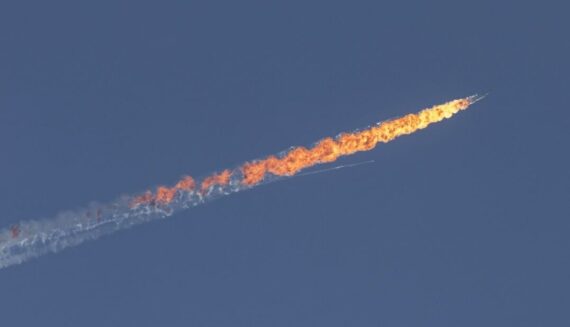 The shooting down of a Russian bomber aircraft by the Turkish Air Force in November 24, 2015 near the Syrian border represents the nadir of Turkish-Russian relations since the turn of the 21st century. One might also emphasize that these 16 years (2000-2015) have witnessed the highest level of Turkish-Russian cooperation in the last three centuries, with the notable exception of the 1921-1936 period when Turkey and the former Soviet Union were allies. Thus, we have been witnessing the lowest point in Turkish-Russian relations in the last decade and a half, which still compares very favorably with the bilateral relations in the preceding three centuries.

Syrian civil war is only a secondary front in Russia’s struggle against the West. Therefore, it is not possible to understand the Russian-Turkish clash over Syria by only focusing on Syria. The primary front in Russia’s struggle against the West is undoubtedly the Ukrainian civil war. What some observers label as Russia’s irrational and erratic behavior in international politics began in earnest after the overthrow of the pro-Russian Viktor Yanukovych government in Ukraine following months of protests in February 2014, and its replacement by a staunchly pro-Western government. Ukraine is central to Russia’s core national interests and identity at multiple levels and it is unsurprising that losing Ukraine to the West was interpreted as an existential threat by the Russian policy-makers. Russia’s reaction began with the swift occupation and annexation of Crimea, which was completed by March 2014.

Russia’s heavy military intervention in Syria in the Fall of 2015 can be interpreted as part of a broader escalation strategy aimed at increasing Russia’s leverage against the Western alliance (i.e., NATO) in any future negotiations over Syria and Ukraine.

The Russian annexation of Crimea is the first time since the end of the Second World War that international borders in Europe are changed through occupation and annexation. This was the cause of the international embargoes on Russia, which will continue for many years and perhaps decades, since there is no sign that Russia will ever withdraw from Crimea. Just as the occupation and annexation of East Jerusalem and the West Bank in 1967 continues to haunt Israel 48 years later, despite the implicit and explicit support that Israel receives from several key great powers, the illegal annexation of Crimea will continue to haunt Russia, especially since no great power or any state of international significance sides with Russia on this conflict.

Second, following the annexation of Crimea, Russia fomented civil war in Ukraine by supporting the rebels in two provinces, Donetsk and Luhansk, in East Ukraine. However, the rebellion against the new pro-Western Ukrainian government did not spread to other key Ukrainian cities of significance, such as Kharkiv and Odessa. Moreover, neither the annexation of Crimea, nor the insurgency in Eastern Ukraine, led the Ukrainian government to change its pro-Western orientation for a pro-Russian one. Thus, Russia’s plan to regain control of Ukraine failed, and Ukraine appears to be on a staunchly pro-Western course despite overt and covert Russian military interventions to alter that course.

Russia’s heavy military intervention in Syria in the Fall of 2015 can be interpreted as part of a broader escalation strategy aimed at increasing Russia’s leverage against the Western alliance (i.e., NATO) in any future negotiations over Syria and Ukraine. By changing the balance of power in Syria and restoring staunchly pro-Russian Assad to power, Russia might hope to partially compensate for the loss of Ukraine, both strategically and also in terms of Russian national prestige and pride.

Another reason for Russia’s direct military intervention in Syria is one that was noted by almost all the media, and perhaps overemphasized at the expense of all other motivations: Namely, the preservation and the development of the Russian naval military base in Tartus, the only Russian base of its kind in the entire Mediterranean Sea. Tartus naval base is situated close to Syria’s border with Lebanon, and also somewhat close to Turkey, Israel, and Cyprus, the latter of which is home to two major British military bases. Thus, it is fair to say that the Russian naval base in Tartus is at a strategic juncture.

The Russian Air Force bombing insurgents backed by Turkey in Syria, combined with recurrent violations of Turkish airspace by the Syrian border demonstrated Russia’s disregard both for Turkey’s sovereignty and also for any understanding of a Turkish “sphere of influence” in neighboring Syria.

What probably explains the timing of the Russian military intervention in Syria in Fall 2015 were a series of defeats that the Assad regime suffered in the summer of 2015 against the opposition forces that are supported by Turkey, France, and the United States in some cases. These opposition victories began to threaten the area around the biggest Syrian city by the Mediterranean, Latakia, which is also the core of support for the Assad regime. Russian intervention aimed to safeguard its military-strategic investment in the Assad regime and around the Tartus naval base, perhaps with the aim of carving out a pro-Russian client state that would control the capital city of Damascus, the key port city of Latakia, and the strategic connection points between the two in Western Syria.

The Russian Air Force bombing insurgents backed by Turkey in Syria, combined with recurrent violations of Turkish airspace by the Syrian border demonstrated Russia’s disregard both for Turkey’s sovereignty and also for any understanding of a Turkish “sphere of influence” in neighboring Syria. This sharply contrasts with Turkey’s reserved and cautious attitude in the face of Russian occupation and annexation of Crimea as well as the earlier Russian re-occupation of South Ossetia and the bombing of Georgia, all of which severely damaged Turkey’s allies in its immediate neighborhood, or in the case of Georgia, one of Turkey’s immediate neighbors with which Turkey maintained very friendly relations. While Turkey sought to salvage its good relations with Russia by not reacting very forcefully against the Russian occupation of Crimea or the invasion of Georgia, Russia did not hesitate to order numerous airstrikes against insurgents supported by Turkey in Syria while also violating Turkish airspace by the Turkish-Syrian border during its offensive in coordination with the Assad regime.

In Syria, Russia’s policy is to revive the Assad regime by destroying the moderate opposition supported by Turkey, the United States, and France, and thus leaving ISIS as the only option other than Assad, at which point Russia is counting on the great powers and the world opinion to favor Assad as the lesser of two evils. Putin is incensed by the fate of Saddam Hussein and Muammar Gaddafi, two formerly pro-Soviet and later pro-Russian Middle Eastern dictators who have been killed, the latter brutally, after being removed from power.

Nonetheless, the most likely decisive turning point that motivated Russia’s aggressive interventionist stance in the Middle East was the removal of Viktor Yanukovych, the pro-Russian Ukrainian leader, in February 2014. Assad regime in Syria, being responsible for the large majority of the estimated 250,000 people killed during the civil war, already ranks among the most violent Middle Eastern dictatorships in modern history. However, with the Russian and the Iranian military, along with thousands of foreign fighters from Afghanistan, Iraq and Lebanon flooding to Syria to rescue the Assad regime, a military solution to the conflict seems unlikely in the near future. Instead, both sides are likely to score tactical victories in the battlefield as a way to increase their political leverage at the negotiation table.

Also Read
The Syrian Crisis and Turkey-EU Relations
We use cookies to optimize your online user experience. To learn about our use of cookies and how you can manage your cookie settings, please see our Privacy Policy. By continuing to use our site you are excepting our use of cookies.Accept Cookies & CloseMore Info