Egypt, Saudi Arabia, and Turkey’s Joining BRICS Can Be a Game Changer

Turkey, Saudi Arabia, and Egypt want to strengthen their ties with BRICS members, and this interest is not one-sided. 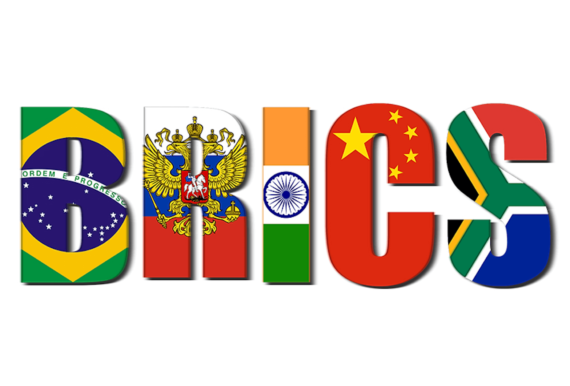 he Russian invasion of Ukraine not only led to a war between the two countries, but also brought about a discursive and value-laden struggle between western and eastern countries. The most recent developments indicate that the East-West axis in international relations entail costs on both sides. Political, military, and economic changes in the Middle East, the Caucasus, and the Balkans immensely affect the choices of regional actors’ foreign policies who have to choose between the policy options set before them by Russia, China, or the Western powers with the U.S. taking the lead among the latter.

Meanwhile, Egypt, Saudi Arabia, and Turkey act in accordance with the realities of contemporary multipolar global politics. Turkey, for example, as a regional player successfully maintains political, military, and economic ties with multiple states, which occasionally have conflicting interests, and avoids a unilateral alignment in its foreign policy. Egypt and Saudi Arabia, two prominent powers in the Middle East, try to pursue their national interests almost independently of the great powers’ political, military, and economic agendas.

These three nations, which have lately undergone a degree of political normalization, may now be progressing towards the next level of cooperation within one of the most important groupings of emerging economies, namely BRICS (Brazil, Russia, India, China, and South Africa). In this regard, BRICS as one of the organizations of non-Western actors in the international political and economic system points to the weight of these actors in the international economic system.

With the Russian invasion of Ukraine, Turkey took on a significant role on issues such as ceasefire talks between Russia and Ukraine, and the resolution of global/transboundary crises, combining historical diplomatic experience with the relevance of its geographical location. As an international actor in cooperation with international organizations and as part of its own foreign policy, Turkey maintained talks with both Russia and Ukraine. Turkish authorities brought the warring parties together in Turkey, and established the Grain Corridor Deal together with Russia, Ukraine, and the UN to tackle the regional and global food crisis.

It is worth highlighting that Turkey is both a NATO member and maintains ties with Russia, and could thus keep communication and diplomatic channels open. As the most trustable third party, Turkey garners the appreciation of both Russia and Ukraine, while after the Grain Corridor Deal, Turkish-Russian nuclear cooperation continues to develop as witnessed by the Akkuyu Nuclear Power Plant.

Saudi Arabia and Egypt are two regional powers that tread cautiously in the face of the Russian invasion of Ukraine, as well as other regional and international challenges. Egypt, for instance, while preserving ties with the United States, cooperates with Russia on nuclear issues.

Egypt condemned the Russian invasion of Ukraine at the UN General Assembly but did not entirely oppose Russia and tries to sustain a balanced policy. On the one hand, Egypt historically needs the West’s political backing, especially in terms of political legitimacy and foreign aid, but, on the other, the high number of Ukrainian tourists visiting Egypt and the substantial amount of grain imported from Russia required it to pursue a more balanced approach toward the conflict.

Read: The Search for a Third Way: The Non-Aligned Movement, G77, and NIEO

The balanced approach of Saudi Arabia

Although today’s international relations have a multipolar structure, the Russian invasion of Ukraine again triggered and revealed an East-West struggle. At this point, similar to Turkey and Egypt, Saudi Arabia follows a neutral and balanced approach in this regard. Saudi Arabia, like other Gulf states, pursues a balanced policy not only in opposing Russia’s invasion but also with regards to the East-West axis. Saudi Arabia is improving its military and diplomatic ties with China and Russia, has been in talks with Russia for the procurement of Russian military hardware, and has signed a defense cooperation agreement with Russia. The kingdom is also cooperating with China on ballistic missile development on Saudi soil.

At the Jeddah Security and Development Summit 2022, attended by U.S. President Joe Biden who met with the leaders of the GCC states and Egypt, Jordan, and Iraq, the U.S. administration did not succeed in building a front against Russia, Iran, and China—the basic motivation behind Biden’s visit. This idea was politely overridden by several states that have close and interdependent political, military, and economic ties with Russia and China.

Turkey, Saudi Arabia, and Egypt want to strengthen their ties with BRICS members, and this interest is not one-sided. According to Purnima Anand, a representative of the BRICS International Forum, these three states may join the BRICS countries soon.

What would the BRICS group bring to Turkey, Saudi Arabia, and Egypt?

The three countries becoming members of the BRICS group would immediately be a vital turning point for them, the BRICS member-states, and the organization itself. Particularly in the Chinese media, it is claimed that the three countries’ participation would strengthen the organization’s discourse on global governance and a fairer international political and economic system. In addition, the GDP of Saudi Arabia and Turkey, each more than $800 billion, and Egypt’s GDP, which also exceeds $400 billion, would mean that BRICS would grow by almost $2 trillion, and its international economic potential and role would be tremendously augmented.

Along these lines, Turkish President Recep Tayyip Erdoğan’s attendance of the 2018 BRICS meeting in South Africa’s capital had furthered discussion over the country’s membership—a discussion that occasionally pops up on the Turkish foreign policy agenda. The economic forum, which is comprised of five states with a combined GDP of $21–22 trillion and roughly half of the world’s population, is undeniably significant.

The relations that Turkey, Saudi Arabia, and Egypt can develop with various economic organizations such as the Association of Southeast Asian Nations (ASEAN), the Southern Common Market (Mercosur), and the Economic Community of West African States (ECOWAS) would help these states sustain their balance-oriented foreign policies within the framework of the East-West axis, and would also serve as a healthy bridge between the region and the West.