The most straightforward path forward could be reforming the UN security architecture as to allow middle power states to have more say over global affairs. 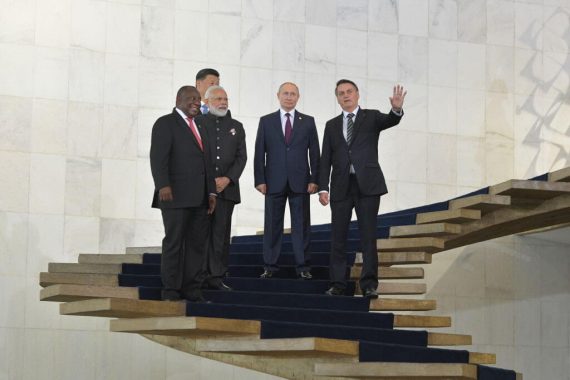 Middle powers are states that rank neither as great powers nor as small actors in international relations. There is no single definition or straightforward approach to conceptualize their role other than the commonly held view that such countries are key players in the geopolitics of their regions. The variety of roles and aims assumed by middle powers also vary according to their regional context. Some middle powers such as Turkey are traditionally seen as key military allies by the West, while others such as Canada and Japan are considered major trade partners.

However, despite such fundamental differences in their strength or standing, countries like Australia, Brazil, Canada, Japan, India, South Korea, South Africa, and Turkey are increasingly involved in international crises and developments. Below, I shall outline both challenges and opportunities provided by the current global context for middle powers. I ultimately argue that middle powers can implement collective strategies on the basis of their common interests and gain more say in global affairs.

Read: The Search for a Third Way: The Non-Aligned Movement, G77, and NIEO

In the absence of an organization representing their interests vocally, middle powers cannot assume a bigger role in international politics. The security architecture of the UN privileges the five permanent members of the UN Security Council; NATO, the world’s most significant military alliance, is under American leadership; and the EU, the largest trading bloc, is led by a Franco-German alliance. Middle powers such as Turkey, South Africa, Brazil, and India are all key players in their region but none seems capable of exerting global influence. An alliance or an organization exclusive to middle powers can change the overall dynamic.

Middle powers such as Brazil, Turkey, and India can agree among themselves on pushing for a reform of the UN.

One of the first goals of any middle power club should be a reform of the UN system. Middle powers individually, or collectively, should have more say in the UN’s decision-making on international security crises. Such reform may stipulate more quotas for each region and some rotational representation for middle powers, and particularly African, Latin American, and Middle Eastern middle power states should be afforded more representation at the UN’s Security Council. However, the reform proposal first requires a consensus among middle powers and that may prove hard to achieve.

Middle powers such as Brazil, Turkey, and India are all part of the liberal international system. As democratic countries with huge potential for economic growth and no significant military or strategic conflict with the West, they can agree among themselves on pushing for a reform of the UN. More established and traditional middle powers like Australia, Canada, Japan, and Sweden may also join the reform call, as this may benefit them as well. The less democratic, or authoritarian ones, such as Egypt, Iran, or Saudi Arabia, however, may have more radical demands concerning the UN reform and might not join a collective reform movement.

Read: Is This the Geopolitical Moment Africa Has Long Anticipated?

International crises, on the other hand, bring opportunities, as great powers can no longer easily maintain international security and middle power diplomacy may prove effective in settling disputes. Turkey’s effort to mediate between Russia and Ukraine before the war broke out, for instance, is worth mentioning here. Turkey is both a NATO member and an important neighboring country, and also a major trade partner of both Russia and Ukraine.

Brazil and India are also key players in international security crises, and have provided troops for almost all peacekeeping missions in the recent past. In other words, the growing contributions of the leading middle powers in management of international conflicts is an indisputable fact.

On the basis of their ongoing contributions to maintaining international order, middle powers should campaign for more say in international diplomacy. Given the resurgence of a Cold War-like geopolitical setting threatening the interests of the West, the U.S. and its European allies should welcome and encourage more middle power involvement.

As mentioned above, the most straightforward path forward could be a reform of the UN’s security architecture allowing more say to middle power states, maybe through a recognition of their status which may provide them some form of collective representation. In order to make that happen, middle powers need to agree on their common interests and goals.

Middle powers are mostly liberal democratic states, so they should highlight the fact that they are in favor of the liberal order, e.g., the World Trade Organization (WTO) and the UN system. Mediation and peacekeeping should remain their most preferred means of international crisis diplomacy, though they must publicize their efforts and seek more recognition for their contributions.

An effective alliance or organization of middle power diplomacy should be formed and take sides in global crises since leaving such crises to be mainly decided by great power politics will only downgrade the middle power cause.

Read: Another Sakoku? Japan’s Ongoing Stagnation Is Closing the Country

In short, middle powers need more concerted actions and efforts in highlighting their undeniable role in world affairs. The world is no longer divided into two or three competing strategic blocs. Global affairs are much more complex and require collective action of actors with different levels of international standing. Middle powers are no longer bound to side with one or the other alliance; these days, more than ever before, they collectively command a much more serious economic and military might.

Organizational problems can be tackled and collective interests can be furthered particularly if the leading middle powers such as Australia, Brazil, Canada, Japan, India, Mexico, South Africa, South Korea, and Turkey can agree on a collective initiative. The list of countries mentioned is just indicative – more states can be welcomed into this group, and even small nations can join their forces with middle powers as they see that international peace and stability can be furthered through a collective movement. 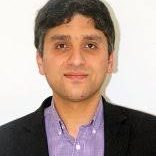 Özker Kocadal is an assistant professor of international relations at Cyprus International University. He holds a PhD in politics from the University of Exeter. His research focuses on peaceful resolution of intrastate conflicts, particularly mediation and peacebuilding, as well as middle power politics, international migration, and politics of surveillance technologies.