News on a possible diplomatic reconciliation between Egypt and Turkey received a mixed reception by the public and divided media platforms in Egypt. 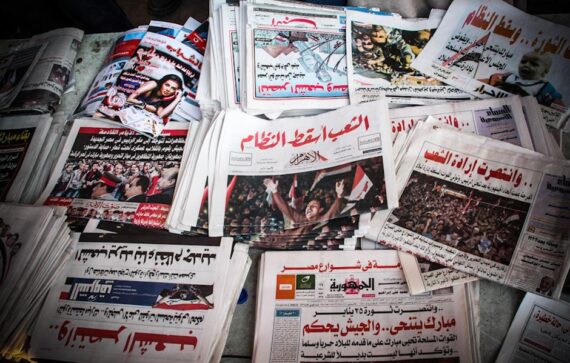 Egyptian and Arab media outlets chose to focus on the Turkey-based Egyptian opposition channels rather than on a possible diplomatic reconciliation between Egypt and Turkey. Photo by Egypt Media Forum

Egypt and Turkey broke their diplomatic relations in 2013, after a military coup ousted the late Egyptian President Mohamed Morsi. Both countries expelled each other’s ambassadors and since then, their relations have gradually worsened. President Erdoğan criticized Abdel Fattah el-Sisi for violating the emergent democracy and massacring Egyptians while Sisi criticized Erdoğan for safeguarding Muslim Brotherhood members who fled to Turkey.

Since 2013, anti-coup media channels based in Turkey such as Mekameleen TV and EL Sharq TV have been tough critics of the Sisi regime in Egypt. Aired from Istanbul, Egyptian authorities have associated these media outlets with the Muslim Brotherhood political movement and have labelled them “terrorist.” As a result, Turkey is presented in Egyptian national media platforms as an enemy state.

During a recent interview with Anadolu Agency, Turkey’s Minister of Foreign Affairs Mevlut Çavuşoğlu, announced that some steps have been taken to resume diplomatic relations with Egypt and that neither country set preconditions to proceed. In response, Egypt’s Minister of Foreign Affairs Sameh Shoukry commented by saying, “Words alone are not enough. They must be accompanied with actions. If we witness a change in Turkey’s policy, approach, and goals that are aligned with Egyptian policies, we might consider it a ground to normal relations.”

National Egyptian newspapers covered the efforts of rapprochement between Egypt and Turkey. “Turkey has approached Egypt since it is willing to remark its maritime borders. Ankara needs Cairo more than Cairo needs Ankara. Therefore, it has been ‘flirting’ with Egypt lately,” claimed Mohammed Hamed, director at the East Mediterranean Gas Forum.

Mustafa Bakri, an Egyptian journalist, explained the Turkish actions by saying, “Turkey must prove its goodwill to Egypt through practical actions. It must hand over any parties that Egypt declared to be legally involved in terrorism or violence.”

In an interview with UAE-based Sky News Arabia, Osama Abdel Aziz, an expert on Turkish affairs, said that Erdoğan surprisingly changed his strategy. Abdel Aziz stated, “Turkey has first to maintain its diplomatic relations with Egypt. It must give up on its interference in internal affairs of Arab states, specially in Libya and Iraq.”

Certain social media users in Egypt believe that Turkey focuses on its own interests but considered Turkey’s willingness to normalize relations with Egypt as a Turkish government’s recognition of the Sisi regime.

Read: Who Is in Control of Egyptian Football?

Meanwhile, a number of media platforms published news arguing that Turkey ordered Egypt’s opposition channels to soften their tone against the Sisi regime. In an interview with Al Jazeera, Ayman Nour, head of El-Sharq TV, emphasized that channels were asked to tone down their speech since Turkey initiated its attempts to establish friendly ties with Egypt. Osama Gaweesh, a London-based Egyptian refugee and journalist, tweeted that “Turkish officials have informed Egyptian opposition satellite channels in Istanbul to immediately cease their political programming and criticisms of the Egyptian government and el-Sisi’s regime.”

This news received a mixed reception by the public, and divided media platforms. Several public figures and media outlets claimed it was a victory for the Sisi regime against Turkey and against the Muslim Brotherhood, and that these channels would soon be completely closed down. Others argued that Egyptian media tend to exaggerate news to glorify Sisi’s regime and that this was fake news.

Egyptian State Minister of Media & Information Osama Heikal stated that “ensuring opposition channels in Istanbul follow the principles of media ethics is a good sign from the Turkish side.” Heikal went on to say that such a step would create an atmosphere conducive to discussing several issues that were subject to dispute between the two countries.

On the whole, it seems that Egyptian and Arab media outlets chose to focus on the issue of the Turkey-based Egyptian opposition channels rather than on the regional political and economic implications of a possible diplomatic reconciliation between the two countries.