The lack of investments in the fossil fuel industry, the decommissioning of nuclear reactors, and hurried renewable power deployments plunged Europe into a crisis. 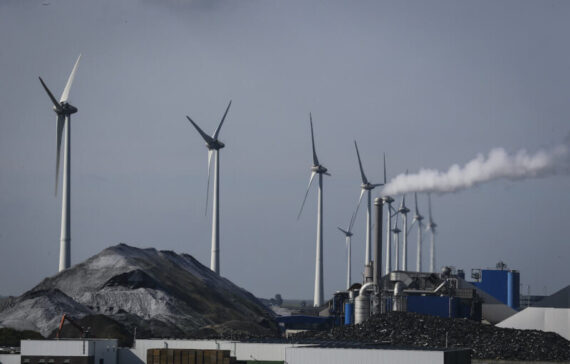 his winter will be harsher for Europe as concerns for energy supply and prices grew considerably with the Kremlin’s decision to cut off natural gas supplies via the Nord Stream 1 pipeline. The pipeline has the single largest gas transmission capacity, about 50 billion cubic meters annually, and directly links Russian gas to Germany. Russian gas supplies via Yamal had already been stopped in the first quarter of 2022 and there is almost 70% decrease in gas flows through Ukraine transit. Europe now needs to find alternatives and it has to rush.

As of September 5, Russian natural gas giant Gazprom cut off gas supplies through the Nord Stream 1. However, the way the decision was declared was as remarkable as the decision itself, since the announcement did not come from the company but rather directly came from the Kremlin. Spokesperson Dmitry Peskov told reporters that sanctions imposed on Russia and its companies are the primary reason for interfering in the gas supply and that gas flow would continue only if Western states, including Germany and the UK, lift or reduce their sanctions.

In August, Gazprom reduced gas through Nord Stream 1 more than once by citing technical problems arising from a gas turbine seized by Canada when it was undergoing routine technical maintenance. The Canadian authorities first refused to send the turbine back as the Canadian government had imposed sanctions on Russia. Then, Germany accused the Kremlin of not providing gas even though the turbine was sent back. In the last days of August, gas flows decreased to 20% of total capacity. In the first days of September, the pipeline transfers were completely stopped.

Read: How Did the EU Greenwash Nuclear Power and Fossil Gas?

A Harsher Winter Is at the Door

Europe has already begun to experience an above-average cold autumn. Especially in the mornings, heating demand has risen above the 30-year average, which can be read as a hint of a harsh winter ahead. Meanwhile, in early September, gas storage levels were above expectation standing at beyond 85%. According to Gas Infrastructure Europe, most of the importers of Russian gas still have high storage levels compared to previous years; however, early cold weather could result in earlier than expected depletion of these storage reserves.

Moreover, even though the price of gas is mostly set by demand, the level of non-gas-fired power generation also directly impacts gas prices. Considering that the drought on the continent is almost the worst in 500 years, hydropower generation decreases to lower levels. Drought caused reduced nuclear power output as well, as water is an indispensable part of electricity generation from nuclear power.

In September, the share of hydropower and nuclear power in the total electricity generation of the EU was about 12% and 20% respectively compared to 15% and 25% in the same month of the previous year. Although power generation from renewables is higher in the same month of this year (11% compared to last year’s 9%), natural gas is also being used more to generate power (22% compared to last year’s 17%). Thus, Europeans must immediately lower both the heating and electricity demand if they want to spend the winter in warmth.

Read: How do Russia, Qatar and the United States Use Energy as a Foreign Policy Tool?

Natural gas is not only used in power generation and heating—it is a unique commodity for the industry. From steel to chemical companies, gas is a significant part of the manufacturing process. Skyrocketed gas prices and weak supply have already pushed some of Europe’s largest manufacturers to cut down production. Temporary layoffs are predicted to be bearable, but industries that employ tens of thousands of workers may not survive in the coming years. The steel industry, for instance, employs 330,000 people across Europe and contributes about 83 billion euros to the economy. Its shutoff may not only result in increased unemployment and decreased GDP, but also in increased dependency on steel producers abroad.

Fertilizer producers also weaned away from natural gas supplies as a result of high gas prices. Fertilizer production capacity has already decreased by two-thirds in Europe and more is expected to come as winter approaches. This not only poses a threat to the production of fertilizers but to the whole agriculture sector.

Larger Europe, led by the EU, has long been trying to decrease its dependency on imported energy products. The first big challenge Europeans faced was the 1973 oil crisis when Europe’s vulnerability due to its dependency on Middle Eastern oil was exposed. OPEC (Organization of the Petroleum Exporting Countries) embargoes first doubled and then tripled oil prices, pushing prosperous European economies into two-digit inflation, increasing trade deficit, and eventually causing a deep economic crisis. Yet, the European governments did not take investing in fossil fuel industry seriously and instead continued importing their energy needs.

In 2000, the EU was still dependent on imported energy resources: more than half of the union’s energy needs were met by imported energy products, and according to a document published by the EU Commission, this figure had the potential to rise to 70% in 2020 if nothing was done. The EU’s overall energy import dependency was almost 60% in 2020 with 66% of consumed natural gas and 93% of oil being imported. Although the EU had the power to interfere in internal market and environmental policies, the absence of a common energy policy affected the union adversely.

The year 2022 marked 40 years since Europe started diversifying the energy suppliers from which it imports its oil and gas. Yet, no one can talk about a success story.  Rather, the EU’s gas supply can be considered one of its biggest failures. Since 2000, European countries have been more dependent on Russian gas despite their promises to move in the exact opposite direction. Huge investments have been made in liquefied natural gas (LNG) infrastructure, but European leaders’ obstinacy prevented them from signing long-term LNG contracts. What is more, pipeline imports are still restricted to a limited number of countries.

One of the reasons for today’s energy crisis in Europe is wrong investment decisions. The lack of investments in the fossil fuel industry, the decommissioning of nuclear reactors, and hurried renewable power deployments plunged Europe into a crisis that was not difficult to foresee. Declining indigenous oil and gas production from conventional formations, and bans on unconventional hydrocarbon extraction made the continent even more dependent on imported energy resources.

Nuclear phaseout decisions pushed the electricity sector to be more reliant on unsustainable renewable power. Also, the EU’s decision to choose natural gas as a transition fuel to a low-carbon economy as opposed to nuclear power, famous for its zero-emission generation, is worth noting.

The energy crisis Europe now faces is more complex than it seems, and European policymakers have a large part of the responsibility. Yet, blaming Putin’s Russia is easier than admitting their own mistakes, and in the end, it is European citizens who stand to suffer the most.