The Israeli Unification Law aims to divide Palestinians and reduce their numbers in historic Palestine under security claims. 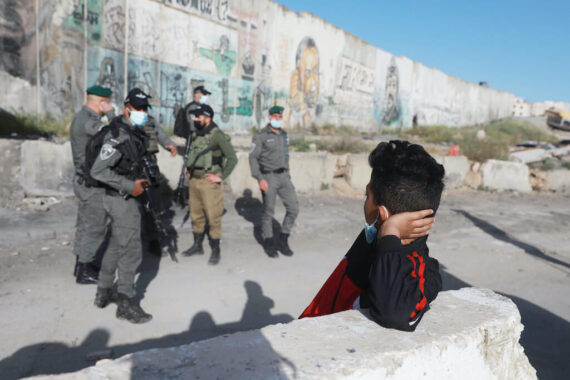 Palestinian worshippers, move for passing through the Qalandiya checkpoint from Ramallah into Jerusalem to attend the second Friday prayer of Muslim holy month of Ramadan at the Al-Aqsa Mosque, on April 23, 2021, in Ramallah, West Bank. Photo by Issam Rimawi, Anadolu Images

In June of this year, the Knesset, the Israeli parliament, failed to pass a law extending a ban on family unifications for Palestinian families, both those living in the West Bank and the Gaza Strip, and those holding Israeli passports. The discriminatory law could not pass due to domestic competition and political differences among Israeli political parties following the formation of a government led by Naftali Bennet, a right-wing politician who replaced Benjamin Netanyahu, who is now haunted by charges of corruption while in office.

Israel also applied the same regulations to Palestinians living in Israel and holding Israeli citizenship, where family unifications were banned under security concerns. This family unification ban targeted Palestinians who married Arabs, mostly from countries such as Lebanon, Syria, and Iraq, and other countries which Israel categorizes as “enemies.”

Since 2000, when the Second Palestinian Intifada broke out, Israel has used family unifications as a bargaining chip against Palestinians.

Since 2000, when the Second Palestinian Intifada broke out, Israel has used family unifications as a bargaining chip against Palestinians, whereby it has granted only a few thousand Palestinians residence permits in return for political gains from the Palestinian Authority in 2008 and 2021.

Recently, and following the Israeli parliament’s failure to extend the family unification law, Israel announced its plan to grant 5,000 Palestinians the right to reside in Gaza and the West Bank, claiming that it will lift the extra restrictions on them.

The family unification ban includes Palestinians who returned to Palestine on “tourist visas” and “overstayed.” Depriving these Palestinians of national ID cards has meant that they suffer immensely. Palestinians who have no IDs – which are issued and approved by Israel – have difficulty accessing healthcare, education, and, most importantly, travel. They are trapped in the Palestinian territories, and they are afraid that if they leave, they will not be allowed to return. Many of them have been denied their right to travel for the past 20 years.

Najah Aby Khadra, 65, is a Palestinian who currently lives in Nuseirat refugee camp in the Gaza Strip. In 1967, she was forced to leave Gaza and flee to Jordan. When she came to visit her family in the Gaza Strip in 2000, she decided to stay as some of her children still live there. Three of her children were granted family unification while in Gaza, but their mother was denied this right causing her a series of challenges such as not being able to open a bank account, purchase real estate, or work in a trade.

“I have first degree relatives who passed away in Jordan, and my daughters there got really sick, but I was not able to travel and see them for the past 20 years. I was not able to perform Haj, my religious duty,” she told Politics Today. “I call on concerned parties to grant me a full citizenship and my right to travel,” she added.

Recently a video has emerged of a Palestinian woman standing at the Palestinian-Jordanian borders (controlled by Israel) while greeting her family with teary eyes from the West Bank and her family on the other bank of the Jordan River looking at her without being able to meet her in person. Sana Muhammad stated that she is willing to take the risk of standing at the border without an ID – which comes with the risk of deportation – in return for seeing her family after 24 years. “All I ask for is an ID. My parents, may God’s mercy be upon them, have passed away without me being able to pay them a final farewell,” she says.

The Israeli family unification law exposes a hypocritical and racist view of Palestinians. The law does not apply to Jewish Israelis who can be united with their families and even granted citizenship in many cases before even arriving in Israel. If such a racist law were in existence anywhere else in the world, calls to terminate it would be loud and clear.

With the exception of a number of human rights organizations such as Adalah, the world has chosen to turn a blind eye to this racist law, whose existence is designed solely to reduce the number of Palestinians in Israel and the Palestinian territories, viewed by Israel as a demographic threat. Israel’s Jewish Nation-State Law, which came into effect in 2018, is only a further manifestation of the ongoing bigoted Israeli policy against the Palestinians – those with Israeli and those with Palestinian passports.

Granting some 5,000 Palestinians family unifications reminds one of a famous quote by Palestinian intellectual and author Ghassan Kanafani, who was assassinated by Israel in 1972. He said, “They steal your bread, then give you a crumb from it… Then, they demand you to thank them for their generosity… Oh, their audacity!”

Israel’s lifting the ban on family unifications and granting 5,000 Palestinians the right to stay in Palestine is the perfect example of such audacity. 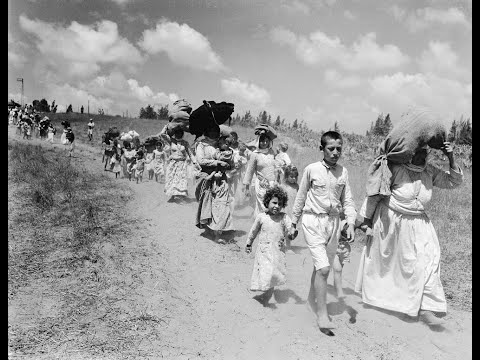 Also Read
How to Read Military and Trade Relations between China and Israel
We use cookies to optimize your online user experience. To learn about our use of cookies and how you can manage your cookie settings, please see our Privacy Policy. By continuing to use our site you are excepting our use of cookies.Accept Cookies & CloseMore Info