How Turkey’s Bureaucracy Accords to the Presidential System

All the main characteristics of bureaucratic transformation will take some time to be active. Actors, institutions, structures, and all other elements will gain momentum in accordance with the new system. 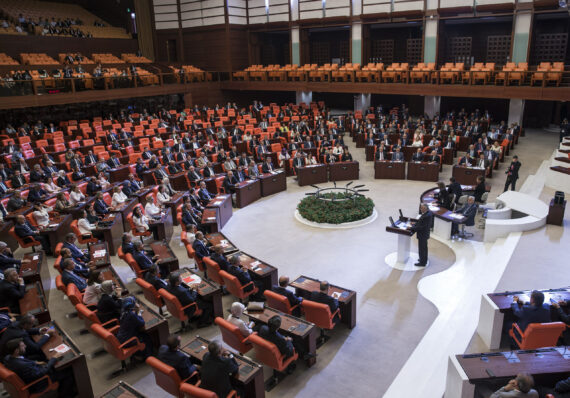 It has been a rapid period of change for Turkey since the June 24 parliamentary and presidential elections. While the routine of daily politics has been reshaped according to the rules of the new presidential system for a month, state structures have been transformed in line with it. Until now, there have been five decree laws regulating the transformation of public institutions under the new system.

Here it is important to clarify the main characteristics of bureaucratic transformation. There are a couple of factors that should be taken into consideration in the ongoing process. Firstly, as transformation of the governmental system requires cumulative change, all regulations were realized step by step and extended over a period of time. It is impossible to regulate the transformation of all public institutions instantly. Until now, all decree laws are regulating mostly major changes in institutions. Nevertheless, in time, all state structure will be accommodated within main parameters of the presidential system.

Secondly, change of the bureaucratic mindset needs time to achieve along with the transformation of public institutions. There is no single change that people can smoothly adapt to. Since 1876, the Ottoman-Turkish state tradition has been shaped according to the rules of the parliamentary system. Even if there had been ruptures in this tradition, the parliamentary system also determined mindsets of Turkish bureaucrats. From Menderes to Ozal and Erdogan, one of the difficulties that leaders faced while trying to change the system had been reactions of the ideological-oriented robust bureaucracy. Indeed, President Erdogan is a political figure who got success in breaking the predominance of bureaucracy in Turkey. Nonetheless, in the new term, there is a need to settle rationality in bureaucracy in order to change bureaucratically formed mindset. Thus, the transformation of the legacy of the parliamentary system and its effects on mindsets of bureaucrats will also change in time.

As a third characteristic of bureaucratic transformation, changes in the juncture of bureaucracy and politics will be effective. It is not enough to solely change the bureaucratic mindset under the new system; the rules of politics should also adapt to it. The lack in adaptation of politics creates ambiguity and misperceptions towards the presidential system. For instance, most of the opposition parties react to changes with the practices of the parliamentary system because they fail to understand the requirements of the new system. One of the failures of these parties is confusing the political system and the regime. As a result, they reject to understand single changes under the presidential system. Nonetheless, the political culture of Turkey will internalize the rules of the presidential system and it will also transform in accordance with it. For all these reasons, it is not an exaggeration to state that parties and politicians who adapt quicker will be more successful in learning the rules of the game.

As mentioned, all the main characteristics of bureaucratic transformation will take some time to be active. Actors, institutions, structures, and all other elements are supposed to gain momentum in accordance with the new system. However, it seems that politics will be more robust to change than bureaucracy in Turkey. Except the AK Party and MHP, all other parties deny accepting transformation to the presidential system. They do not even accept its legitimacy via perceiving it as a “new regime” rather than a system. Thus, it seems that the problem of robustness in politics will be another issue that should get attention as well as the bureaucracy.