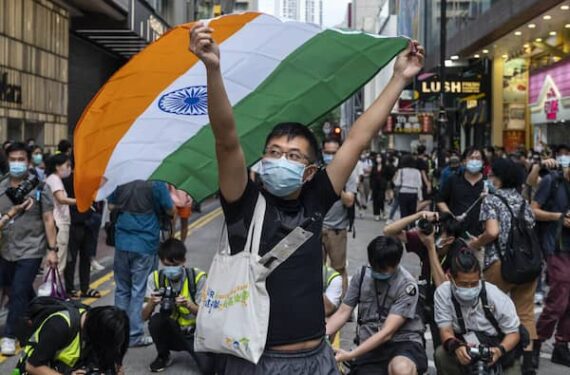 ivo Mobile, a Chinese technology company, is accused by India’s Directorate of Revenue Intelligence (DRI) of evading $280 million in taxes. This has led to a dispute between two of Asia’s biggest economic markets.

Notwithstanding the COVID19 outbreak, China-India trade increased to $67.1 billion in the first half of 2022, putting it on track to surpass $100 billion for the second year in a row. However, in spite of the potential and wide-ranging prospects of economic and trade collaboration between the two countries, diplomatic disputes and trade rivalry continue.

The Chinese mobile phone industry and technology companies are in the spotlight in India, and relations between the Indian government and Chinese tech giants Xiaomi, Huawei, Vivo, and Oppo are strained. While Chinese smartphone producers control 60–70% of the Indian smartphone market, Chinese companies conducting business in India still face challenges.

Chinese smartphones are widely used in India especially due to their low price and high quality, despite political conflicts.

Chinese smartphone manufacturers have recently come under scrutiny from India’s Enforcement Directorate (ED), the Indian financial investigating authorities, and courts. In an attempt to boost its lackluster domestic industry, India aims to prevent Chinese smartphone manufacturers from selling products for less than 12,000 rupees ($150), which will hurt companies like Xiaomi, Bloomberg reports.

The DRI accuses Vivo Mobile of evading taxes totaling 22.1 billion rupees ($280 million). In the statement, the DRI said that there was “incriminating evidence indicating willful misdeclaration in the description of certain imported items.” In addition, earlier in July, India’s Enforcement Directorate declared that it had searched 48 Vivo locations across India, seizing $60 million from the company’s bank accounts.

On July 13, Oppo, another Chinese smartphone producer which sells the favored Realme model and OnePlus brand, was accused by the DRI of evading customs duties totaling 43.9 billion rupees ($551 million).

The DRI claims Oppo misdeclared imported goods and failed to factor in royalties and license fees when calculating their value to avoid paying higher customs duties. The revenue agency is demanding that Oppo repay the entire amount.

According to Oppo’s spokesperson response, “We are going to reply to the notice, presenting our side, and will be working further with the related government departments.”

Since the June 2020 border dispute, bilateral relations between India and China have not improved much despite frequent meetings. The year 2020 was a watershed moment as 20 Indian soldiers and five Chinese soldiers died in violent clashes, according to their respective governments. Since then, India has imposed sanctions on numerous Chinese companies.

The sanctions and investigations by the Indian government on Chinese technology companies are criticized by China. Hu Weijia, a reporter for China’s state-run English-language daily Global Times, published an article under the title “Crackdown on Chinese Firms Undercuts India’s Attractiveness.”

The article argues that India has been trying to increase domestic production in order to make itself a global production center, but for some reasons, it has not been able to do so.

The trade war between China and the United States intensified during the period of former U.S. President Donald Trump, who blamed China for spreading the COVID19 virus. The decision of American companies to withdraw from China after the escalating tension prompted India to attract the U.S. investments in a race to become a possible world production center.

The article states that India has a “protectionist policy” and “approval system” that prevents it from being a global production center.

It is stated that if smartphone production in India becomes increasingly difficult, withdrawing from India is also an option.