Ukraine finds itself in an awkward legal position. Like Russia, Ukraine is not a party to the International Criminal Court. 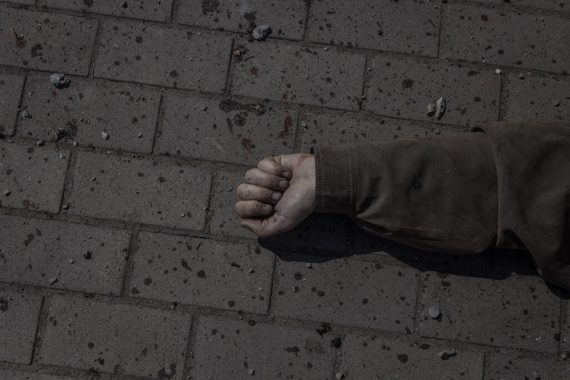 A view of the scene after over 30 people were killed and more than 100 injured in a Russian attack on a railway station in eastern Ukraine on April 8, 2022. Photo by Andrea Carrubba, Anadolu Images

These questions have taken on increased urgency as Russia’s military action in Ukraine promises to continue for an extended period of time. To answer these questions, one must ask, first, what constitutes a crime in warfare. And second, if crimes are committed, is there a court that can actually prosecute and impose punishment.

The rules of war apply to all those who participate in war, from soldiers on the ground to the top commanders. They may lawfully kill people on the other side, but they may not kill civilians. If they take captives, they must treat them humanely. It matters not who started a war. Once a war begins, the rules apply equally to both sides.

In the current hostilities in Ukraine, most attention has been on crimes that may have been committed on the Russian side. It is the Russian army that has taken action resulting in the deaths of at least several thousand Ukrainians. Bombardment by long-range missiles has resulted in many deaths. If bombardment is intended to harm civilians, then it is a crime.

Even if not intended to harm civilians, it is a crime if done “in the knowledge that such attack will cause incidental loss of life or injury to civilians or damage to civilian objects.” That is wording from the Statute of the International Criminal Court, the court established twenty years ago in the Hague to prosecute persons who commit war crimes and other internationally defined offenses.

The recent bombing of a rail station in the city of Kramatorsk similarly appears to be an attack on a civilian objective. Investigators must determine whether the rail station was targeted intentionally, or whether the attack could have been aimed at some military objective in the vicinity. So far, no such evidence has appeared. Even if the Kramatorsk rail station was hit accidentally, it might still be a war crime on the basis that care was not taken to avoid hitting civilians.

So if a missile is launched against a military target, such an attack is unlawful if civilians are nearby and can be expected to be hit. Images from Ukraine circulating in the media show apartment buildings destroyed by missile attack. On the face of it, such attacks seem to be unlawful. Even if Ukrainian fighters are present in an apartment building, the harm to others is so predictable that an attack is not lawful.

One hospital was bombed by a Russian missile attack in the Ukrainian city of Mariupol. On the face of it, this appears to be an unlawful attack. There was some information, however, that this hospital had been taken over by a Ukrainian military unit and was not at the time functioning as a hospital. This is the kind of situation that must be investigated to determine if a war crime was committed.

There are allegations about acts of Russian soldiers in areas they have captured, like the town of Bucha near Kyiv. Civilians were apparently killed during the time the Russian army was in occupation. Investigators are working to find evidence as to how civilians were killed in Bucha and in other towns under Russian occupation.

On the Ukrainian side, its army is not causing damage on a similar scale against the Russians. It is directing its fire against the Russian military. So any prosecution of Ukrainian leadership figures is unlikely. The situation in which crimes have been alleged against Ukrainian personnel involve Russian captives, for example, shooting Russian prisoners in the knee. If prisoners are abused, this is a war crime. If commanders condone such abuse, they too are guilty.

The importance of all this law on war crimes is that it lets everyone know that they might be held accountable. Actual accountability, however, is far from certain. Sometimes the authorities of an army prosecute their own personnel. Sometimes prosecutions are undertaken by authorities of an opposing army. Sometimes they are undertaken by prosecutors in states that are not directly involved. Recently, Syrians alleged to have committed war crimes in the Syrian civil war have been prosecuted in Germany.

The prosecutor of the International Criminal Court, a British lawyer named Karim Khan, has opened an investigation into possible crimes committed in Ukraine. The International Criminal Court focuses on high-level personnel. Khan is not likely to indict ground troops. Indictments against Russian commanders, particularly for bombardment of civilians, appear a serious possibility, however. The prosecutor may be able to identify particular commanders responsible for particular missile strikes. Under the court’s procedures, even cabinet ministers and presidents can be indicted.

The International Criminal Court does actually try persons and sentences them to prison. The court does not have its own prisons, but different countries house prisoners on the court’s behalf. The difficulty for the International Criminal Court is to gain custody in order to conduct a trial. The court does not try anyone in their absence. If Russian commanders, or even top civilian leaders are indicted, the Russian government is unlikely to surrender them.

States that are party to the International Criminal Court, however, have an obligation to surrender persons who are under indictment. Over one hundred states are parties. Anyone under indictment who travels to such a state risks arrest.

The United States has been publicly accusing the Russian military and civilian leadership of war crimes. Last year, when the International Criminal Court’s prosecutor opened an investigation that may result in prosecution of Israeli officials over Israel’s unlawful settlements in the occupied Palestinian territory, the United States criticized the prosecutor. Israel is not a party to the International Criminal Court, and the United States stated its view that there is no legal basis to prosecute nationals of a state that is not a party.

Ukraine too finds itself in an awkward legal position. Like Russia, Ukraine is not a party to the International Criminal Court. Technically, the International Criminal Court has jurisdiction to prosecute for war crimes committed in Ukraine, because Ukraine has taken advantage of a special provision that allows a state that is not a party to the court to give the court the right to prosecute for crimes in its territory. 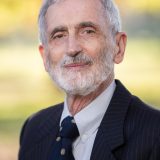 John Quigley is Professor Emeritus at the Ohio State University. He is author of “The Legality of a Jewish State: A Century of Debate over Rights in Palestine,” recently published by Cambridge University Press.