Iran's Proxies in the Middle East: A Halted Transition to Politics?

Although Iran’s short-term expectations from its proxies were mostly military, there has been a strong political dimension since from the beginning. 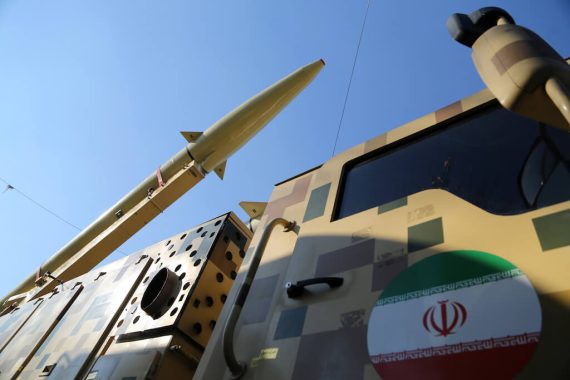 Ballistic missiles fired at al-Asad Air Base where the US soldiers are located in the Anbar province of Iraq to avenge the death of the Revolutionary Guards Quds Force Commander, Qassem Soleimani, January 07, 2022. Photo by Fatemeh Bahrami, Anadolu Images

Iran-backed proxies are involved in almost every major crisis in the Middle East. Recently, the Houthis, or Ansar Allah, of Yemen launched another missile attack on Abu Dhabi, called on foreign companies and investors to leave the UAE, and vowed to make the country unsafe. Also, the Fatah Alliance and other Iran-backed parties affiliated with the Popular Mobilization Forces (PMF) rejected Iraq’s recent parliamentary election held in October 2021 and tried to further destabilize the already chaotic Iraqi politics.

Moreover, elements within the PMF such as Kata’ib Hezbollah and Asa’ib Ahl al-Haq with strong ties to Iran, have been trying to hinder Turkey’s fight against PKK terror in northern Iraq as they present it as “a violation of Iraq’s sovereignty,” a point which was also made by Iraj Masjedi, Iran’s ambassador in Baghdad last year in February.

Most recently, Kata’ib Hezbollah issued a statement which threatened Turkey and demanded the withdrawal of its forces “before it’s too late.” To these Iranian proxies, the presence of Iran’s militias in Syria must also be added. In short, alongside the Hezbollah of Lebanon, Iran’s proxy par excellence, Iran-backed Shiite militant groups are active all across the Middle East.

Why does Iran need proxies?

Iran is undoubtedly a major Middle Eastern power with its geostrategic position, abundant natural resources, and significant human capital. Nevertheless, Iran’s conventional military capacity has, for decades, either fallen behind its political aspirations or remained untested with the notable exception of the tragic and devastating defensive war against Saddam Hussein’s Iraq in 1980-1988.

In the twentieth century, the country was not involved in any substantial and direct military conflict against any major enemy. For that, Iranian elites’ masterful political maneuvers and their use of the international balance of power to their advantage deserves a huge credit, but that’s a different story.

The country stayed neutral during the two World Wars, “solved” the oil nationalization crisis in the early 1950s without facing military aggression – unlike Gamal Abdel Nasser’s Egypt which was jointly attacked by Israel, the United Kingdom, and France upon President Nasser’s nationalization of the Suez Canal in 1956 – and even got away with the Iran hostage crisis at the end of 1979 without an open military confrontation.

However, Iran was a leading importer of arms during the Cold War years. Under the Pahlavi rule, it purchased huge amounts of weapons, mainly from the U.S., to enhance its deterrence capabilities and increase its ability to respond to potential aggressions.

Amidst negotiations for a massive purchase of arms worth $5.7 billion in November 1977, only about two years before the revolution of 1979 and the Iran hostage crisis, when asked in an interview about the potential enemies which Iran was arming itself against, Muhammad Reza Shah referred to Iraq as a potential aggressor with a significant military capacity. Time proved the shah right and Iran relied immensely on these military capabilities during the war against Iraq.

Another key aspect to remember about the war is the lesson that Iran’s revolutionary leadership learnt from Saddam’s aggression. For them, he was not only incited by the U.S. and Israel but also by some Arab regimes in the region. As a response, the Islamic Republic of Iran increased its investment in creating a network of proxies throughout the Middle East to secure its survival and keep the enemy at bay.

While doing this, Iran envisioned itself as the true leader of all the Shiites in the region and beyond. These proxies consolidated Iran’s defensive capabilities but gradually turned into a security risk for the region. Furthermore, although Iran’s short-term expectations from these proxies were mostly military, there was a strong political dimension from the beginning. In essence, Iran was reproducing, in different countries, the Islamic Revolutionary Guard Corps which were established by Ayatollah Khomeini following the revolution and in time turned into a military, economic, political, and even social power.

How do Iran’s proxies function?

From its inception, the Islamic Republic of Iran emerged as an interventionist regime that interposed in the affairs of regional states through the rhetoric and practice of exporting the revolution. This was clearly reflected in Article 154 of Iran’s constitution which declared Iran’s support for the “just struggles of the mustada‘fun [the oppressed] against the mustakbirun [the oppressor] in every corner of the globe,” while “scrupulously refraining from all forms of interference in the internal affairs of other nations.”

As it turned out, Iran cared little about the non-intervention principle of the United Nations. The hostility between the Islamic Republic, the U.S., and Israel, along with the unfavorable attitude of certain Arab regimes in the region, with the notable exception of Hafez Assad’s Syria, towards the Islamic Republic’s policies certainly added to Iran’s desire to look for non-state allies to consolidate its security in the region. Nevertheless, paradoxically these proxies caused, for all intents and purposes, Iran’s further isolation in the region.

Although the “axis of resistance,” Iran’s preferred term for the large network of proxies under its control, is anti-American, anti-Zionist, and counter-hegemonic in rhetoric, it is characterized, in fact, by two main features: Iran’s proxies grew in weak and war-torn states, and they targeted Iran’s regional enemies – not only Israel – along with the U.S. as the first and foremost global hegemonic power. Yet, the real risk for Iran’s proxies has always been their political influence rather than their military capability.

Iran’s Middle East proxies have for a long time been predominantly associated with Qasem Soleimani, the former commander of the Quds Force of the Revolutionary Guard Corps. There is no question that Soleimani played an immensely decisive role in coordinating Iran’s network of Middle East proxies especially after the U.S. invasion of Iraq in 2003.

But, although his assassination by the U.S. in January 2020 came as a shock for Iran, his weight in in laying out Iran’s Middle East foreign policies was already put under increasing question by those such as Javad Zarif, Iran’s former minister of foreign affairs, who sought to reintegrate Iran in the international community.

In the changing landscape of today’s Middle East and Iran’s normalization attempts with its Gulf neighbors, Iran’s proxies can no longer effectively function like they did in the past as sheer militant groups. Yet their political influence in their respective countries also poses challenges to the region.

Their sectarian approaches, reliance on arms, and their close ties with Iran further complicate the possibility of their integration into national politics. In a nutshell, at best, Iranian proxies can hope to replicate the Lebanese Hezbollah, which itself suffers from these defects and acts like a state within a state.

As nuclear negotiations continue in Vienna to find a common ground between Iran and the U.S., Iran’s proxies once again became a critical issue. It goes without saying that the U.S. regards these proxies as a security risk for itself and its Middle Eastern allies, but they are primarily a regional problem.

Thus, although reaching a renewed nuclear deal which would effectively limit Iran’s nuclear capacity and undermine the security risks of its proxies must be a shared priority for the region, there needs to be a regional initiative to secure stability in the greater area.

Turkey’s attempts to normalize relations and repair broken ties with a number of states in the region can be a good starting point to deescalate tensions in the Middle East. Also, the lifting of illegal sanctions on Iran can encourage it to take part constructively in the region’s normalization process.

In order to realize this, Iran must respect the principle of “scrupulously refraining from all forms of interference in the internal affairs of other nations” as stipulated in its constitution.

Also Read
The U.S. Withdrawal from Iraq: One Boot Inside, the Other Out?