It was not simply the case that Saddam had to go, but the very concept of a sovereign Iraq had to be dismantled and destroyed, never to rise and stand on its own feet again. 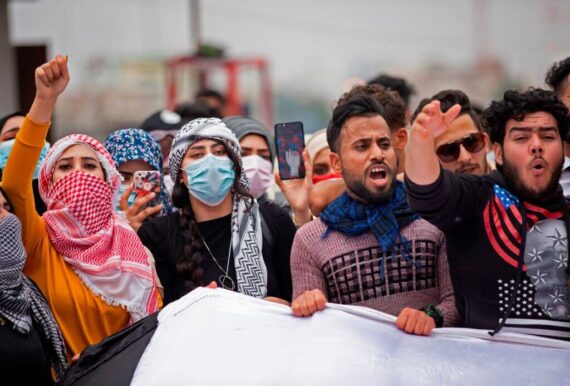 Iraqi students take part in an anti-government protest in the southern city of Basra on February 18, 2020. Photo by Hussein Faleh, AFP via Getty Images

It has been almost two decades since the United States led a coalition of Western powers to invade and occupy Iraq, on the promise to the world of ending former dictator Saddam Hussein’s purported Weapons of Mass Destruction (WMDs) program, and the pledge to the Iraqi people that only they would be the masters of their own fates.

In the ensuing years, Iraq has not emerged as a bastion of democracy in an almost uniformly undemocratic Arab world as was initially promised, but instead it has become a warning to others about the destructive potential of divisive politics, sectarianism, and allowing the politics of revenge to gain pre-eminence over the national interest.

Like many modern nation-states, Iraq’s population is composed of a pastiche of different peoples, cultures, and religions. This is as a natural result of centuries, even millennia, of population migrations, wars and conquests, and, increasingly in the modern day, globalization.

While this can in many ways be a blessing for a nation, it can also create some stark divides that are exploited by unscrupulous politicians and external powers who seek to sow discord and strife within a country to ensure that it is always under the boot.

It is unsurprising that a country as rich in resources, geostrategic importance, and as diverse as Iraq, which is ethnically, culturally, and religiously varied, would be the target for the divisive and bloody politics of sectarianism. 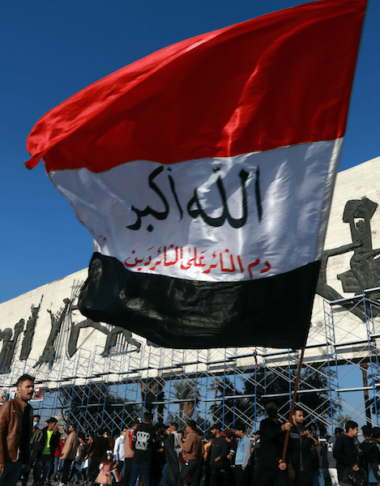 A group of people gather at Tahrir Square during a demonstration to protest against the tension between demonstrators and supporters of the leader of Sadrist movement Moqtada al-Sadr, in the southern province of Nasiriyah on December 04, 2020 in Baghdad. Photo by Murtadha Al-Sudani, Anadolu Images

Iran’s self-proclaimed “Islamic Revolution” that began in 1979 was forcibly confined within Iran’s own borders and the dream of a Shia Islamic state fizzled away in the face of the Iraqi armed forces.

Iraq’s present political elite are largely those who heeded the call of the former administration of George W. Bush in 2002 and attended the London Hilton to form an official “Iraqi opposition” to support the invasion of their own country by a foreign interloper. These people were not only backed by the United States, but also by Iran, which may strike many as interesting considering the history of enmity between the two powers.

However, if there was one thing Washington and Tehran could agree on, it was that they needed a broken, weak, and shattered Iraq that was incapable of defending itself or pursuing its own interests. It was not simply the case that Saddam had to go, but the very concept of a sovereign Iraq had to be dismantled and destroyed, never to rise and stand on its own feet again.

In Iran’s case, this is simply because Iraq had, and after eight long years of war, forced the Islamic Republic’s founding father, Ayatollah Ruhollah Khomeini, to sign an embarrassing ceasefire in 1988. Iran’s self-proclaimed “Islamic Revolution” that began in 1979 was forcibly confined within Iran’s own borders and the dream of a Shia Islamic state fizzled away in the face of the Iraqi armed forces.

Iraq was thus seen as the bulwark against any Iranian plan to export their revolution and further destabilize a region that was still suffering from the effects of rampant misplaced nationalism born of European colonization in the aftermath of the defeat of the Ottoman Empire during the First World War.

Although the stated objective of the United States and its allies was to disarm Iraq, ensure Saddam Hussein could never develop WMDs, and as a punitive mission to stop Saddam’s support for terrorist organizations including Al-Qaeda, the perpetrators of the 9/11 terror attacks, the reality was far different.

In reality, and as became blindingly clear, all of the reasons for invading Iraq turned out to be false and based on lies. In Britain, this scandal became known as former Prime Minister Tony Blair’s “Dodgy Dossier”, a file packed to the gills with lies, mistruths, and red herrings designed to mislead the British public. Not only was Iraq effectively contained since the Gulf War concluded in 1991, but it had no WMDs and certainly did not support Al-Qaeda.

But it was on the basis of these outright lies and forgeries that the US-led coalition installed the aforementioned “Iraqi opposition” into power and instituted what is now known as the muhasasa system, a system of sectarian apportionment, laying the foundations for modern Iraq’s brutal sectarianism.

The muhasasa system was enshrined in the Iraqi constitution and divided the senior offices of state amongst Iraq’s major population groups, granting the presidency to the Kurds, the prime ministry to the Shia, and the speaker of parliament to the Sunnis.

Political parties then became focused around religious or ethnic identities to maximize the gains of each community, rather than pursuing manifestos seeking the good of Iraqis as a whole.

This is obviously destructive and due to the divisive nature of such an arrangement imposed upon the Iraqi people by the U.S. and Iran, successive Iraqi governments have been weak and reliant on confidence supply votes from parliament or frail parliamentary alliances that involve constant bickering and horse trading to gain control of key ministries and their rich budgets.

This has facilitated one of the most corrupt political systems in the world today, with Iraq consistently ranking in the top-most corrupt countries according to anti-corruption watchdog Transparency International. 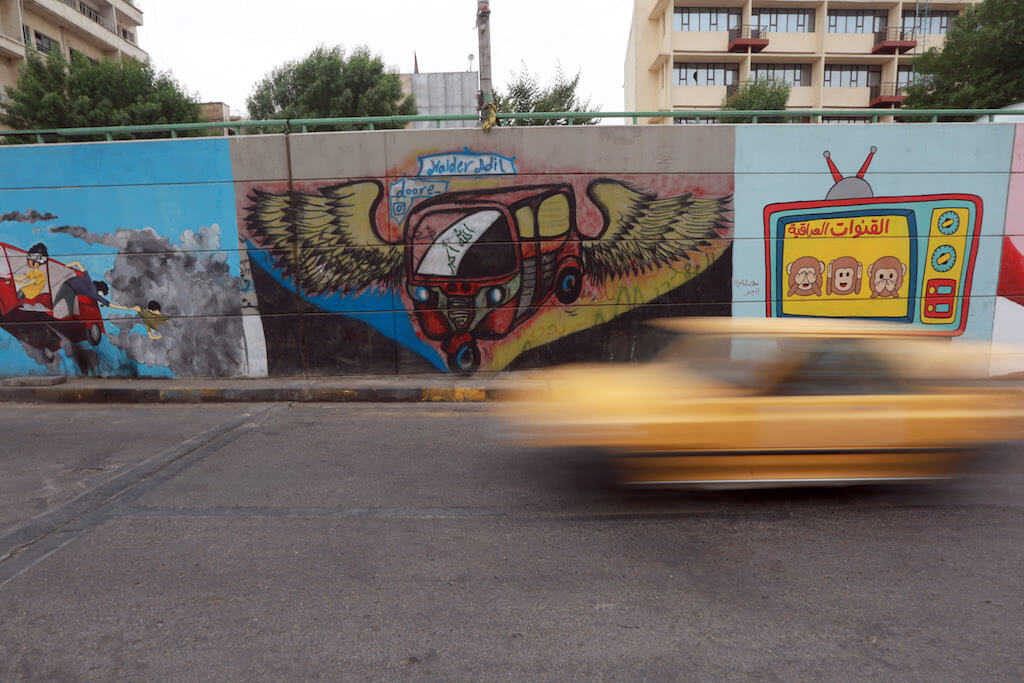 A view from Baghdad's Tahrir Tunnel and surroundings as pictures and drawings symbolizing the protests of the demonstrators on the walls are seen, on November 3, 2020 in Baghdad, Iraq. Photo by Murtadha Al-Sudani, Anadolu Images

Even worse, it has engendered brutal sectarian violence and produced such politicians as former Prime Minister Nouri al-Maliki who has gained infamy as one of Iraq’s most sectarian Shia Islamist politicians and ruled the country between 2006 and 2014.

According to international rights monitor Amnesty International, Maliki frequently abused counterterrorism laws to target Sunnis, imprisoned and tortured many, and his administration used rape and sexual violence against female relatives of inmates as a way of forcing false confessions leading to their executions. Alongside his open support for violent, unofficial Shia armed groups and death squads, Maliki’s actions directly led to the rise of the ISIS (DAESH) terror group in 2014.

However, even after ISIS’s defeat in 2017 and Maliki’s departure from the most powerful office in the land, there appear to be no signs of the Shia and pro-Iran dominated government’s let up against the Sunni population.

Sunni cities are still a mess of rubble and destruction that have not been rebuilt since ISIS was defeated, and the closure of refugee camps for internally displaced people have forced children to live amongst bombs and corpses.

Further, and just last month, the United Nations expressed concern over how Sunni prisoners faced “imminent executions” on the basis of hasty convictions on terror charges in trials marred by irregularities and no access to fair hearings.

There can be no doubt that the primary purpose of such executions, discrimination, and disenfranchisement is to ensure that Iraq’s Sunni population can never again be an organized political force. A succession of Shia Islamist prime ministers has consistently backed policies that seek to keep the Sunnis down, blaming an entire segment of the population for the actions of Saddam.

However, as Maliki’s foolish policymaking proved, the politics of revenge does nothing to alleviate any threat to the nation-state but in fact exacerbates it and could easily lead to a resurgence of violent groups such as ISIS coming to the fore again.

Such an outcome will prove that the Iraqi elite has learned nothing since 2003 and certainly not since ISIS was defeated in 2017, and they will only have themselves to blame when they radicalize yet another generation of the downtrodden against them. 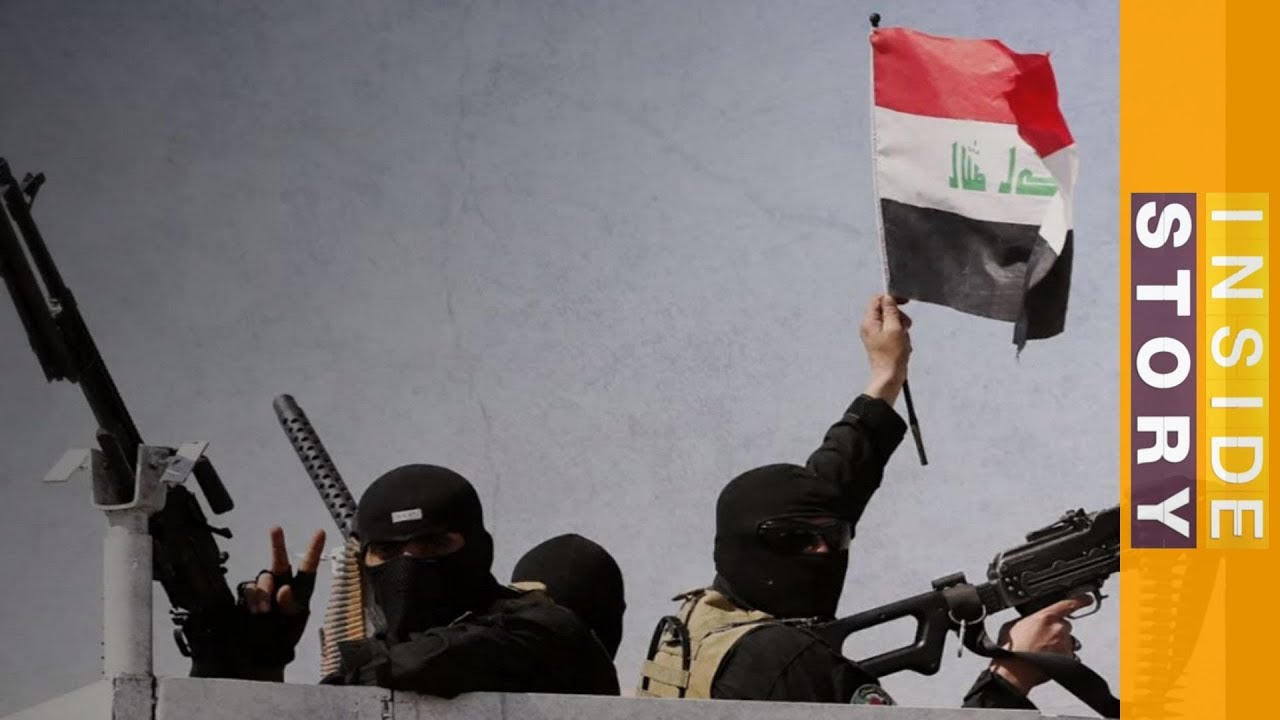 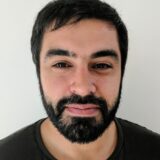 Also Read
Iran Outsources War and Rules States by Proxy
We use cookies to optimize your online user experience. To learn about our use of cookies and how you can manage your cookie settings, please see our Privacy Policy. By continuing to use our site you are excepting our use of cookies.Accept Cookies & CloseMore Info