Irreversible damage caused by the KRG

“Regardless of whatever decision the northern Iraqi administration takes, the point we reach today clearly shows that any decision they take would not bear any compensation for the damage they caused.” 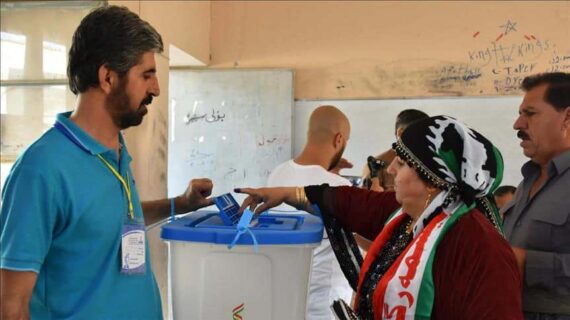 During a joint news conference with his Somali counterpart in Ankara, Turkish Prime Minister Binali Yildirim said on Thursday that “Regardless of whatever decision the northern Iraqi administration takes, the point we reach today clearly shows that any decision they take would not bear any compensation for the damage they caused.”

The announcement came after the KRG announced that they would freeze the referendum results in order to halt the military operations in Kirkuk.

Prime Minister Yildirim also mentioned the Turkish government’s willingness to work “more efficiently” with Iran and Iraq for peace, security and counter-terrorism operations in the region.

He stated that Ankara is working with the Baghdad administration in transferring the control of the Ibrahim Khalil border crossing – also known as Habur – from the Erbil-based KRG to the central government.

Yildirim emphasized that according to the Iraqi constitution, the border gates belong to the central government.

“We have additionally discussed establishing a new route from the west of Habur. The Iraqi side welcomes it and we will work together to open this border.”

KRG poll results must be cancelled

In addition to the Prime Minister, Foreign Minister Mevlut Cavusoglu commented on the decision to freeze the referendum results.

The Foreign Minister said: “Northern Iraq’s step back is an important step but an insufficient one. This referendum must be cancelled.”

Cavusoglu also mentioned that KRG President Masoud Barzani is in a weaker spot now after the illegal poll, adding that in a one-on-one meeting, he had previously warned the President about the consequences of the illegitimate referendum.