Is the Turkish Opposition Really an Alternative?

Despite the rising public displeasure with the existing ruling power, the opposition seems to fail to offer itself as an alternative in the elections. 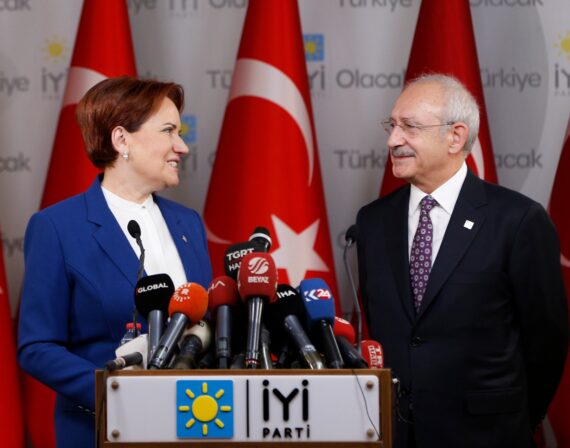 Turkey’s opposition parties including the CHP, the Iyi Party and the HDP have established a holy alliance to stop the ruling AK Party-MHP bloc. The political system, especially after the introduction of the presidential system in April 2017, has started to be structured by bipolarity. The underlying motive for both of the alliances is similar, the will to power. However, they are shaped by two different and rather opposing ideological frameworks based on their positions within the political system.

The opposition seeks to detach the AK Party-MHP bloc from power, and thus adopts a discourse of liberty. This discourse strives to convince the electorate that the ruling power is oppressive and excluding the majority of society. The ruling AK Party-MHP bloc, in contrast, puts forward a discourse of power in order to maintain and strengthen its grasp on power. This discourse seeks to persuade the electorate that its rule is inclusive and should continue to sustain the security and welfare of the country.

The CHP, Iyi Party, and HDP alliance, designed to topple the AK Party-MHP bloc, is shaped by two different and rather opposing ideological frameworks based on their positions within the political system.

Therefore, the result of the power struggle, including the upcoming local elections on 31 March, between these two political blocs will be determined by a couple of factors. The first one is the persuasive power of each discourse or policy. For the ruling bloc, the electorate will look at whether its interests are tied to the continuation of the existing order. If the electorate feel that an election loss for the ruling bloc will destabilize the political system and lead to an insecure environment, both with respect to the economy and politico-military matters, they tend to vote for the ruling AK Party-MHP bloc. More specifically, if the AK Party-MHP ruling bloc convinces the electorate that it’s loss of power will impair the fight against terrorism (PKK, FETO and DAESH) and deteriorate the country’s economy, which had recently taken a downturn, it will guarantee the election victory.

For the ruling bloc in Turkey, the electorate will look at whether its interests are tied to the continuation of the existing order. The opposition need to convince the electorate that a change in power will not harm Turkey’s fight against terrorism and will improve the country’s economy.

This leads us to the second factor. The opposition should demonstrate that the alliance between the three political parties –here we can include the Islamist Felicity Party (SP)– form a strong and dependable force for ruling the country. The opposition alliance is formed by two secular-nationalist political parties –the CHP and the Iyi Party– and the Kurdish nationalist HDP. The integrity and coordination between the CHP and the Iyi Party is not a strong one since the CHP tilts towards the Left whereas the Iyi Party has right-wing tendencies. This creates a serious divergence of opinions over some critical issues. The relations between these two parties have already created serious ideological debates among their members and caused some party members to resign and shift sides.

As we add the Kurdish nationalist HDP, which is the political representative of the PKK armed terrorist group, the internal contradictions of the opposition bloc intensively rises. Not only the right-wing Turkish nationalist Iyi Party members and its grassroots have reacted to this rapprochement with the HDP, but left-wing CHP members and its grassroots showed displeasure with the decision to ally with the HDP. The inclusion of the HDP into the alliance has decreased the chances for the opposition to be able to weaken the ruling bloc in the upcoming local elections. This will more likely be perceived by the electorate that the opposition bloc may endanger the fight against terrorism, especially Turkey’s struggle with the PKK’s Syrian branch, the YPG.